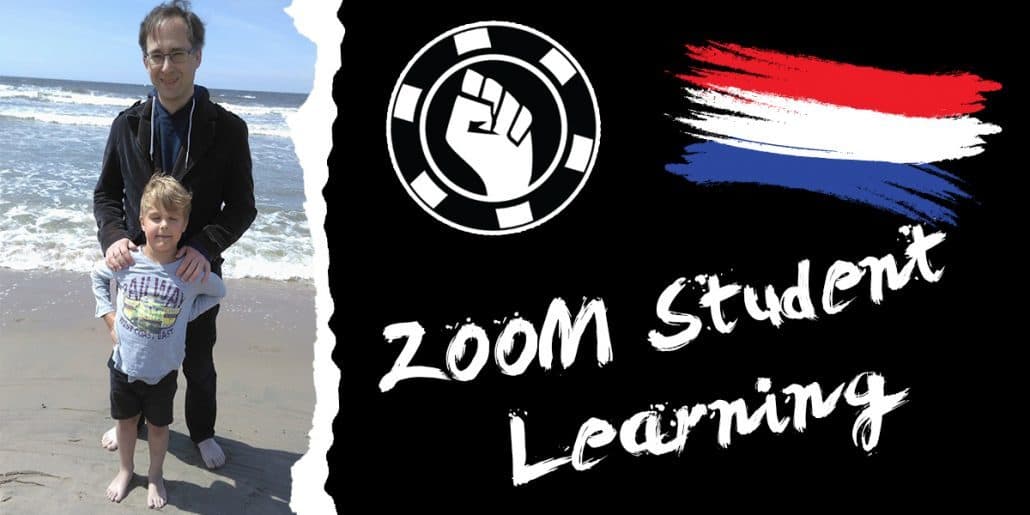 Today we catch with Chris. He is learning a lot in the Coaching for Profits ZOOM program.

So we had an interview with him. Here it is:

How did you get in touch with poker and what made you decide to start playing?

A friend introduced me to online poker back in 2001 (huge shout out to DutchCrow!).

I’ve been a gamer all my life (the crow and I even owned our own board game store) and loved the idea of making money at home playing a game.

So I deposited $100 on Ladbrokes and made a living playing poker for in the following eight years.

I live in Leiden, Holland. It’s a city with a lot of universities, so it’s always bristling with that student life energy.

I live in a kind of suburb called “the district of lakes”, an area with a lot of green and blue nature. Leiden is also only 10 minutes away from the beach. It’s an amazing place to live! 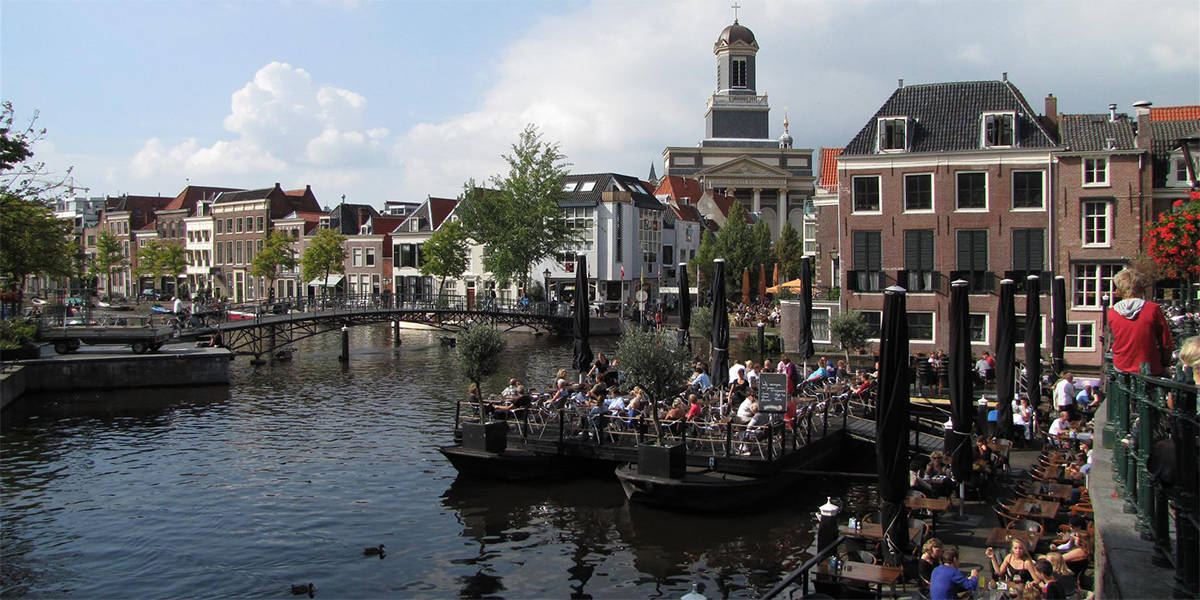 When did you join our team at BPC? And why did you choose to play ZOOM?

I quit poker in 2009 to raise my newborn son, Toby. I wanted to be able to give him my full attention and not tilt away his milk money. It was the safe choice, as my wife had (and has) a well-paying secure job at Leiden University. By the time Toby turned 7 last year, I felt he was independent enough for me to get back into poker. However, the games had become a lot tougher. Gone were the days that just playing tight made you a huge winner at NL100 Full Ring. Everyone was aggro!

I tried it on my own for a couple of months. Bought PioSolver, PokerSnowie, some books etc. But I could only marginally beat NL10 zoom. So I joined BPC (Micro 6max) in November 2016, sped through the course and was promoted to Intermediate in February. It’s a fantastic course, well-established with awesome coaches and material, but my preferred game by far was Zoom and that format was actively discouraged. Gordon even went so far to say that I’d have to be the Cristiano Ronaldo of poker to crush it.

Just when I promised my coach Alex (Lateralus) for the umpteenth time to stay away from Zoom, I received an email from BPC that they were starting a special Zoom Course. As I told Alex: “half of BPC is telling me to stay away from the crack, while the other half is saying “Look! We have the best crack in town! :)”

Obviously, I went for the crack. 😉

As to why I love Zoom – it’s just so convenient. I can slip away for 10-20 minutes and play a bit, then go play some soccer with my son, and pick up right after. Plus I outright hate table selecting – it feels too much like real work. So for me, it’s the perfect fit.

How is the ZOOM program? How you like the material and the coaching sessions?

It’s fantastic. It feels great to be part of the first generation of students. There might not be as much material as there was in the regular 6max course, but what there is, is amazing. Plus Asimos, our coach, is very

There might not be as much material as there was in the regular 6max course, but what there is, is amazing. Plus Asimos, our coach, is very committed to the course, as he developed it himself.

We get killer sessions, leakfinders, every hand answered in the forum, a first-class strategy that he uses himself to crush NL200, and a ton of individual attention.

In which stake did you start, and in what stake you’re playing now?

I started at NL10 when I switched to the Zoom Course, as I had already beaten that in regular 6max.

I’m still there as I’ve only been in the course for 6 weeks, but I’ve already taken shots at NL25, following Asimos’ guidelines for moving up.

These guidelines are very smart and unlike anything I’ve seen anywhere else. The shots are going well, so I’m hoping to be a NL25 regular soon.

ZOOM is not an easy game to beat, yet you’re beating it! What does it take to succeed at this game?

You are right, though – zoom IS tough. However, tough doesn’t mean unbeatable. It means you need to work hard to stay ahead of the competition.

You also need to be able to handle the downswings that come with a tougher, faster game. When things go south in zoom, it can appear like you’re being abused left and right. You need to resist the temptation to “fight back” and trust that the good times will come if you are patient and follow the guidelines.

Following the guidelines doesn’t mean that you should play like a robot by the way. We have standard lines, but in the live coachings Asimos tells us time and time again that to be truly successful, we need to adapt to our opponents, the board, future runouts, etc. It’s not easy, but a hell of a lot more fun than just following some preflop starting hand charts and set mining, like I used to do back in the day.

What gives you motivation to get back to the tables every day?

I want to succeed, which means being able to make at least €2000 a month, preferably a lot more. To get to that point, I know I need to practice, practice, practice. In our game, that means playing a ton of hands and study like crazy.

Also, Asimos has woven several cunning ploys into the course to get us to put in more volume – carrots on a stick like needing to play a certain amount of hands to unlock the next chapter. Or having to put in a certain amount of hours per month to be allowed to attend the “Zoom Killers” coachings (where he sweats us, does leakfinders on our databases, introduces us to new experimental lines and all that fun stuff).

If you could give 1 advice to your other players, what would that be?

Don’t let the bad times get to you.

You can lose for weeks in a row, but if you make fewer mistakes than your opponents (and if you listen to BPC, you will) an upswing will come where you make 10-20 buy-ins in no time at all.

The trick is to lose as little as possible while you’re running bad, so that when the good times come your overall win rate will be the best it can be.