Why a Full-Time Job Can’t Keep A Player Down 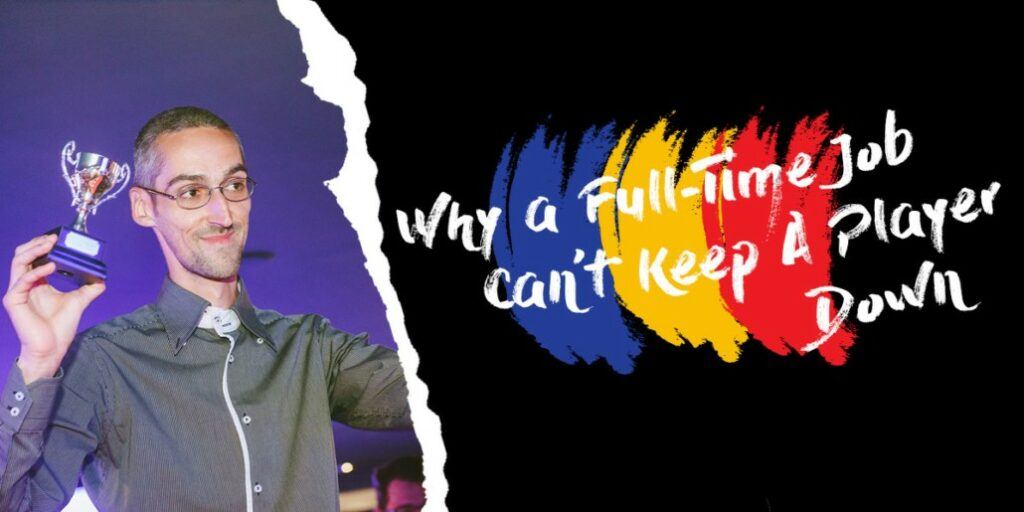 It’s never too late for an old (or indeed youngish) dog to learn to turn new tricks. We often think of the modern poker pro as rising out of the student population. Hoodied, beheadphoned, and drilled to within an inch of their life in GTO range v. range push-fold. After all, if you need to rack up your ten thousand hours to gain expertise that’s a darn sight harder to do when you have the 9-5 monkey on your back. Who wants to stay up late 8-tabling when they have an 0830 hr meeting with the boss the next day?

But the reality is always more complicated than that and BPC has found that if you’ve got the energy and drive you can fit your poker life in around real life as well as just the uni bubble.

Take Marvolio for example, he was 29 years old and working in a dead-end telecommunications gig in his native Romania. He worked from nine in the AM till six at night and spent an hour in transit each way between there and home.

“The problem is that I don’t feel that this is the right way to live my life,” he wrote in his first ever journal entry with us. “Working in a multinational company, every day, with a fixed program until aging. The way things work in these companies, the way the decisions are made, the level of competence/incompetence that stands there, the level of stress you have to face every day for/because of other people with/without a purpose, make me think that I really have nothing to do with this kind of life…”

With the weight of an eleven hour work day pressing down on him he went looking for a change. He was 28 years old when he discovered poker and had been in that telecoms jobs since he graduated out of university.

He started out playing “ABC poker on a fishy site” and doing pretty well. He moved from full ring games to specializing in 6-max holdem and worked his way up from NL2 to NL30. But a change of site to PokerStars while chasing bonuses left his bankroll in ruins and his confidence badly shaken. It was time for a new plan.

He stripped his game right back, decided that volume without study was getting him nowhere and he cast about for a coach. BPC has just started offering the Coaching For Profits programme in 2014 and he set himself some new goals.

His first goal was to “do the best to prove Gordon he was “a fighter. I’ll work harder/sleep less/take some days off if possible. If selected, even if I have some debts, I’ll find one way to quit my job and dedicate all the time for BPC CFP.”

Now that is dedication.

And he did it. By working like a maniac, cramming poker hands in around his day job he managed to play the 100k hands that were the first test on applying to the course back then.

His first entry for day one of the 100k challenge went like this: 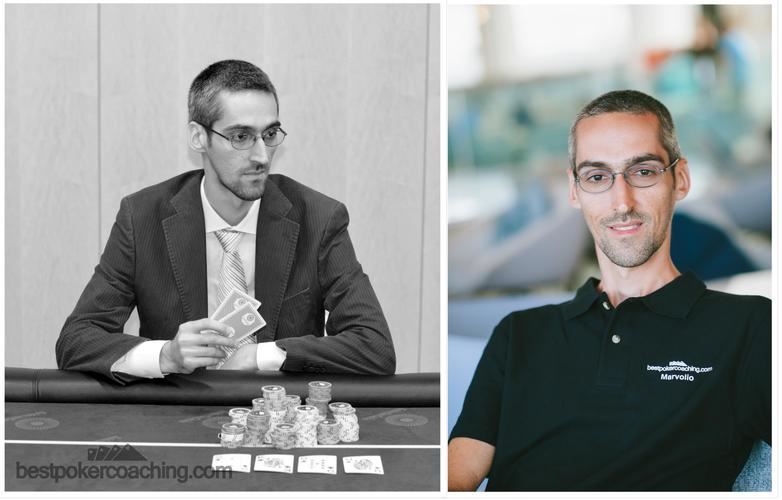 It was from this point that it became obvious he was going to make it work. No matter what.

This might not be the recommended course for everyone. Thing is, Marvolio is no stranger to pain. He was part of a cycling club in his home town and in the habit of taking on endurance-style rides. Unlike most of our vampiric brethren, Marvolio is an outdoorsy sort not well built for long hours without natural light and with his butt firmly parked in something ergonomic and adjustable.

What he is built for is taking pain and pushing on. Later on, when he’d completed his 100k challenge, got onto the 6-max programme and switched to working on his Heads-Up game with BPC instead he wrote: “It’s so sick to sit down in a chair all day long 😀. Bones hate me 🙂. But they started this month to see regularly fresh air and spin some miles on the bike.”

Nothing says more about Marvolio’s ability to get on with the job in the face of adversity than those two smileys.

He was thirty when he made the switch to Heads-Up. He’d been working on his 6-max game for a while and found he was struggling to beat the rake. A few break even weeks and he was fit to be tied. That was until the revelation hit him.

“I found out a huge leak in my game that I was not aware of till now. My 6 max win rate is actually a lot bigger if I filter and take away the hands were I play HU with the fish before the regs come and the table is full. It seems that I’m not aggressive enough  in HU situations and the rake is killing all my winnings. […] I have to fix my HU approach!” He switched courses the next week.

So in January 2015, Marvolio started his Heads-Up CFP contract with BPC.

“This is a new beginning, in a new format as from now on I target to crush on HU. I never played HU before so It will be tough in the beginning.”

As you might expect when switching to a format he specifically ID’d as his weak spot Marvolio came in for a rough start right from the offing. Didn’t even get past the test hands at $4NL before the stop-loss hammer came down.

Moving up didn’t help much and he found himself running with a relentlessly below-EV run in those early days of playing $50NL. This is why God invented bankroll management.  His runbad wasn’t just limited to the tables, where he was finding day after day variance was wiping out his expected profits. He had a couple of nasty bangups with the biking too.

“I had a strange incident with the bike,” he wrote, “as my front tire went down because of a road crack and I went over the bike next second, rolled over and showed the pitch lot of affection, scratched my knee, hip, elbow and shoulder and for 3 days could not do much with my shoulder.” His reaction was typical of Marvolio: “Happens :)”

Which is not to say he was a perfect tilt-less wonder. He threw a blender into his sink during one fit of pique and followed that with a messy orange based act of random violence after he got horribly sucked out one too many times.

It wasn’t until March 2016 that the winds turned for Marvolio. He’d been making progress, but the green profit line always seemed to be far below the yellow all-in EV line. He had managed to quit his work and put his efforts into the CFP programme full time by this point and was regularly spending more time playing poker than a healthy person spends sleeping.

Slowly the tide turned and his insane work-ethic began to pay off.

March 13th’s blog entry reads: “Finally I hit a good day and broke my daily record by little. Grinded like a mofo 13h, skipped some meals… Not completely satisfied as my last opp took 1/2 BI after a very long match and left suddenly (probably bored). Was the toughest match of the day and still not sure about the best plan vs him. He was taking like 1min for every single decision, was timing out a lot like it was his life in the game.”

His bankroll was growing and over the next few months, he came within tasting distance of his contracted €60,000 goal. Each week the gap closed when disaster struck again. This time from on high: the Romanian government started messing with online gambling legislation at the worst possible time for Marvolio.

Some of his favourite sites pulled out of Romania and he was left trawling the remaining sites for whatever games he could scrape together. Even this couldn’t stop him though, he was hell-bent on beating his contract if he had to 1-table $2NL, twenty-five hours a day.

And he did it. By sticking to the plan, studying hard and playing harder he made it to €60,000 and it took him just one year, seven months, and 25 days to earn it with BPC. 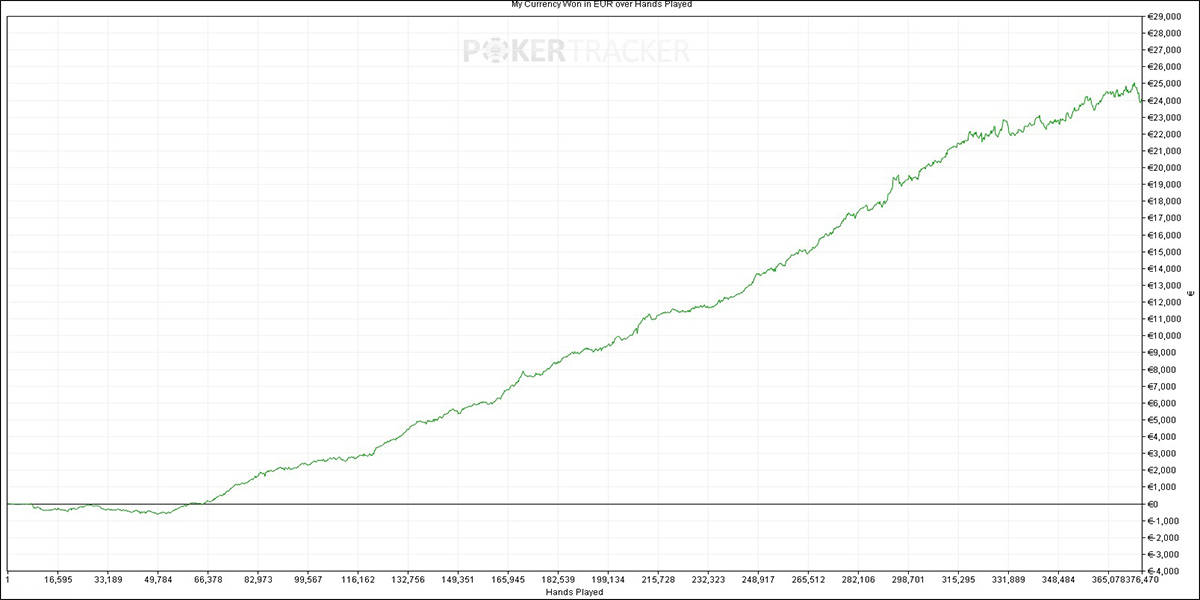 When asked why he joined by a prospective student he replied: “I wanted fast results and a professional environment. Improving on my own would probably take forever and maybe I wouldn’t even get the results I wanted. BPC showed and proved they can turn anyone from zero to a champion. So for me, it was a no-brainer: why would I waste time and not join?”

His last words on the subject were a cry of encouragement across the battlefield of baize, clay and cards:

“Good luck everyone who finished or in progress! […] Do the work and results are coming!”

Wise words for all of us, no matter how old a dog we’ve become. 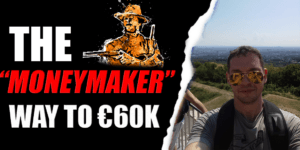 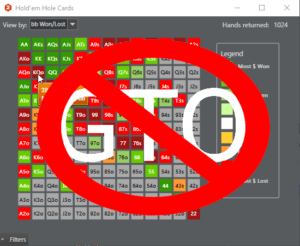