What’s your attitude at the tables? 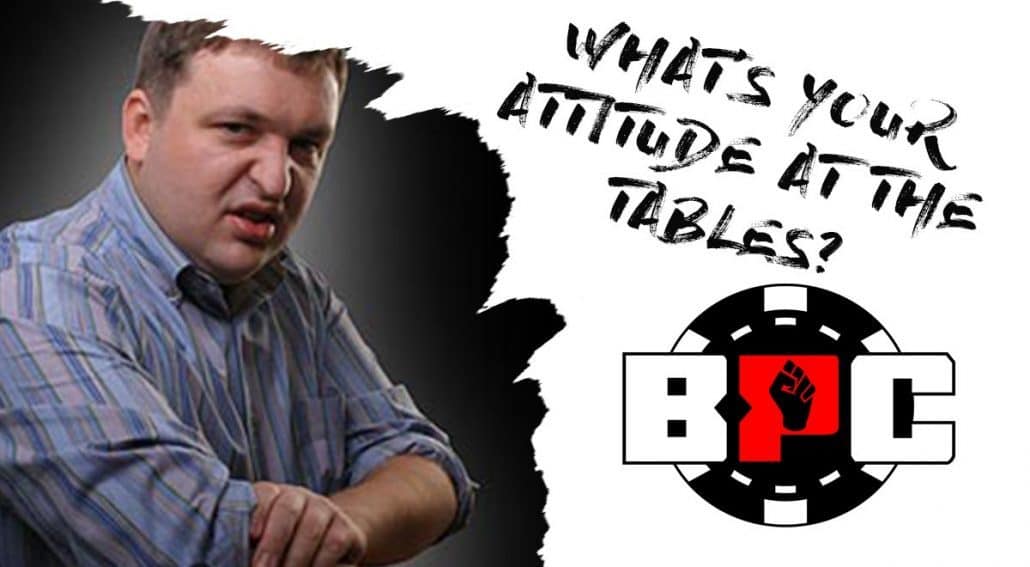 What’s your attitude at the tables?

I have to admit something…

I never wish good luck to my opponents.

Some people, this is particularly true for Heads Up players, routinely wish each other good luck, before they play. I never understood that.

It has become a part of the common courtesy in poker, but in reality, it’s just false. It makes no sense.

Your opponent getting lucky is another way of saying you get unlucky. It’s as simple as that, it’s no rocket science.

Why on earth would you wish yourself to get unlucky? You don’t, of course. It’s just false political correctness. It’s “nice” to say things like that.

Or so people think.

I don’t think there is anything nice about this sort of attitude, and here is why.

A couple of years ago, at the football world cup in Brazil, Germany beat Brazil in the semi-finals 7:1.

If you’ve ever watched football at all in your life, you understand 7:1 means one team completely demolished the other. It was not a victory, it was brutal. And the context of it all made it even more dramatic.

Brazil, the host nation of the world cup, was supposed to win it, or at least get very close to doing that. There was the semi-finals stage, all set-up in front of huge masses of people, everybody in Brazil presumably glued to their television sets.

And then these 11 guys go out there on the pitch and get absolutely crushed. If I remember correctly, some of the Brazilian players were crying by halftime already.

In the aftermath of the game, there were some commentaries, that the Germans should have stopped and taken the foot of the gas at some point since it was clear they are going to win the game. But they kept on going, pumping goal after goal, and humiliating the Brazilian team in front of their home supporters.

Now, in football, there is actually no incentive to keep on going – after all it’s the same if you win 6:1 or 7:1. It doesn’t matter, you don’t win more chips for more goals (at least not in the context of a world cup semi-final).

So, the commentators said, it was “bad” or “wrong” for the Germans to keep on beating a team that was clearly broken already. 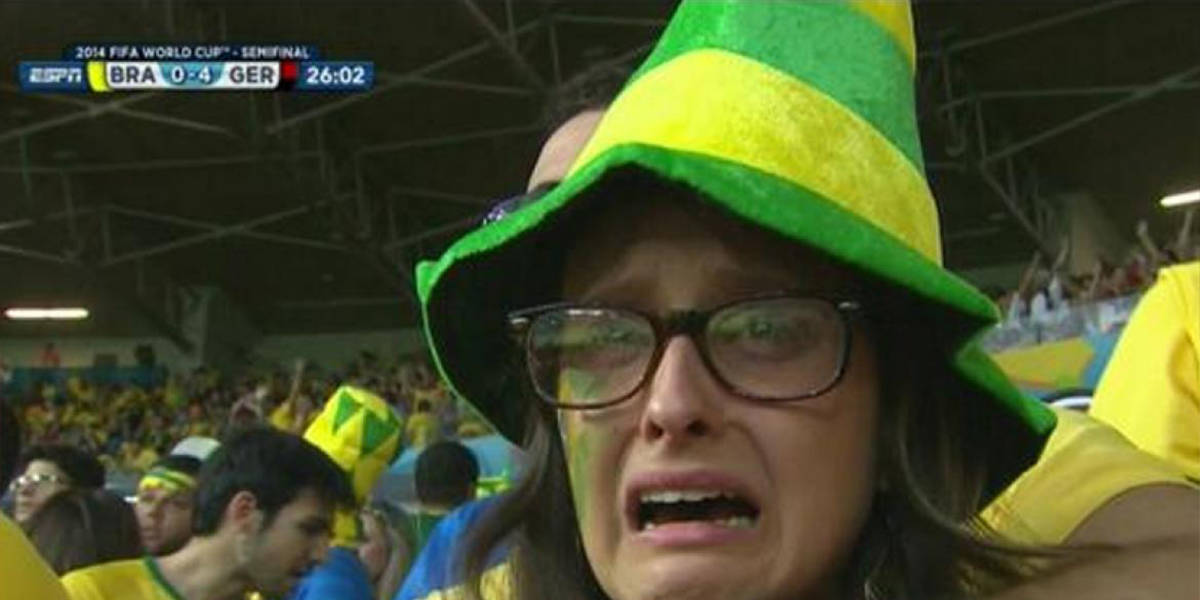 However, that is what is a called “slave mentality”. It’s trying to guilt a superior opponent into taking it easy on you, by potentially making him look bad.

In fact, there was more respect shown by the Germans to the Brazilians when they kept on coming and taking the game seriously.

What shows more respect for your opponent? Starting to play at 50% of your capacities, because “you’re so poor, I don’t want to make you cry”?

Or saying “I am gonna beat the shit out of you, and take this match seriously to the last minute, and give 100%.”

What shows more respect to the opponent, to the match, to the game itself?

What is more honest?

Another example is dunking in basketball. I love the dunk.

If a player has the chance to dunk, you have to dunk. I hate the easy-going layups after a counterattack when the guy runs away alone with nobody following him.

Both is worth two points. Or, is it?

And let’s take an example from poker. I saw this clip below a few years ago, and it always stayed with me. For no other reason than the attitude shown by Tong G after winning the hand, and even throughout the whole hand.

Watch the clip – and when it’s over, think about how would the other guy feel, if he had to play a heads up match in that moment against Tony G? Who would have the advantage (not knowing nothing about their strategies otherwise)? Who would you bet on, if the heads-up match started right after this hand?

Again, you can hear the commentators taking a negative view on Tony’s behavior.

They don’t get it.

This is not about being a nice guy.

Cards are war, in disguise of a sport.

When I play a heads up match, I understand that the player across the table came to take my money. Think about it. That is the reason he is here. Sure, there is an element of entertainment in it, but this is not watching movies, or even playing the roulette.

A big part of the thrill in poker comes not only from winning the money but from taking it from the other guy. From beating him.

Why do people keep score when they play basketball with friends? There is nothing to win, no money, right?

Money is just a way of keeping score, I heard it said for poker.

It’s about winning. And winning is about dominating, beating “the other guy”.

I heard many times in coachings, that players have problems with aggressive guys. All sorts of problems. To the point, where many players just quit aggressive opponents.

That might be a smart thing, don’t get me wrong.

If you feel you are being dominated, you should get out. Fight or flight, right?

However what would be more ideal, is to get in the business of dominating opponents.

And I believe this starts with the attitude.

I still remember my first NL600 HU match in the CFP program. The guy was 3-betting around 65% of hands and raising even more if you limped. He stacked me in the 3rd or 4th hand of the match. 2P against a rivered straight in a 3-bet pot.

So you can imagine the situation. I lost my biggest pot up until that point in about 20 seconds of starting to play him, 600+ EUR. And in the following hands he continued to 3-bet and raise big preflop all the time. Pounding away, making almost every pot big.

I remember being nervous, scared to lose another 600 in the next 20 seconds at any point. He had the upper hand, and he was turning up the heat.

I felt A LOT of pressure, but I knew 3-betting 65% can never be a good strategy unless I crumble emotionally.

So inside I was thinking, “Fuck this guy. I’m gonna beat his ass”.

It was one of the most exciting matches I ever played, in terms of emotional investment.

The numbers were super high for me, I was not used to it at all: normally I spent my days playing NL100-200.

To make a long story short, I got up from my chair, pumped up some upbeat music, and finished the match standing up – yea, like Sauce. 😉

I got my money back at the end, and I got his money as well.

And when I stacked him for the last time, you can believe it was not an easy-going layup. It was a fucking dunk!

And that, I believe, is the attitude needed to play the game.

The guy comes to take your money. What is money? Money = resources. You need resources to live. This is not a friendly match.

So without getting too long, let’s think back to the start of this article.

On what planet does it make sense to wish your opponent good luck sincerely?

It doesn’t. It’s false, and that’s in the best case – if you realize all that I’ve just said, but still say it, ok.

But if you say it without realizing the reality of the situation, you are the sucker. You are being duped. You are not supposed to wish yourself bad luck.

Pause and think about it.

What does it do to your attitude, if you do and say things like that, without really thinking it though?

I think it’s more appropriate to say to the guy “You have no idea what’s about to happen to you, buddy. I am gonna tear you to pieces.”

Or if you don’t say it, at least think it.

And stop wishing him good luck.

BPC is International: Primož from Slovenia

BPC is International: Andrey from Russia
Scroll to top