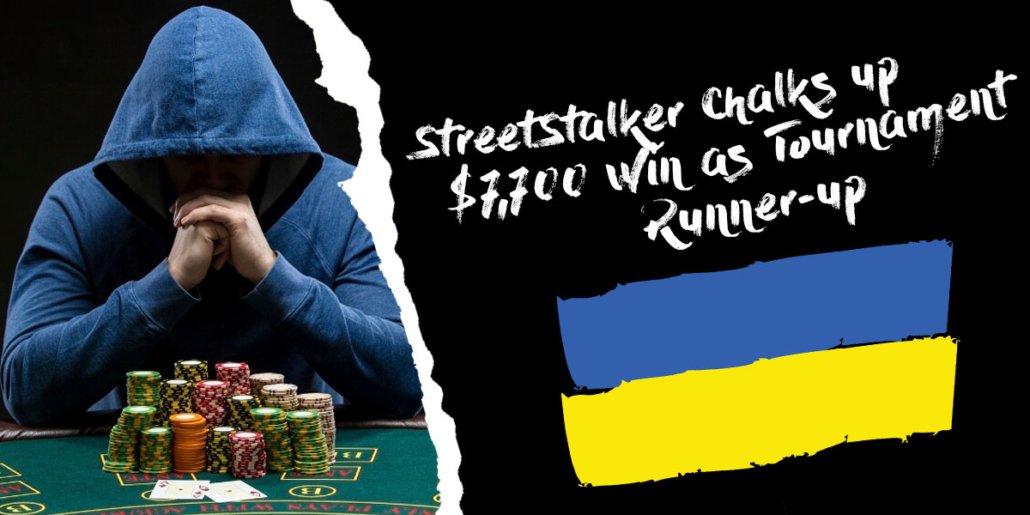 It was 5 a.m. in the early morning of Aug. 8 and 31-year-old Vasyl “StreetStalker” was still battling it out online. Running deep in America’s Cardroom Mini Online Super Series, he’d been playing for hours in the $55 Micro 8-max with a $60,000 guaranteed prize pool.

Street Stalker is a student in the BPC Coaching for Profits MTT program, and his training was certainly coming in handy late in the tournament. He continued clicking that mouse betting, raising, and raking in pots despite being a bit bleary-eyed from such a long day at the tables. But if he could keep it up, a big score was possibly in his future.

Ultimately, StreetStalker didn’t bring home the title, but he did have a huge finish – taking runner-up for $7,700. He admits fatigue hit him pretty hard late in the event. Staying focused was difficult. 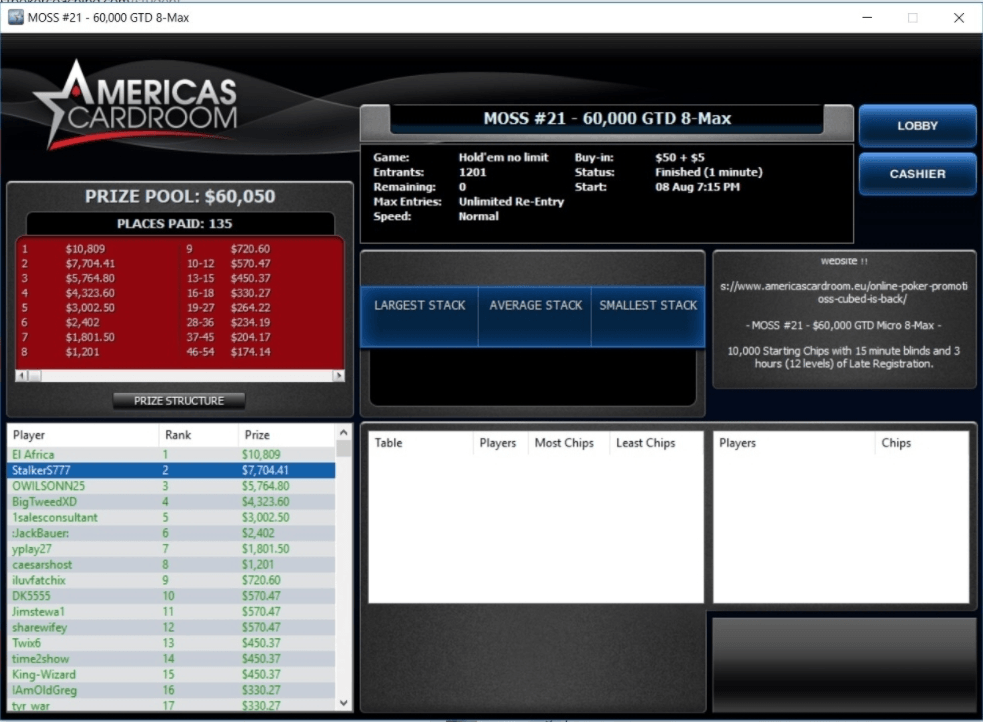 “When I first started the tournament and before the last two hours, things were going great,” he says. “But in the last two hours, I was very tired and I lost some of my concentration. There is a huge possibility that I would’ve won, but was too tired.”

While he says no big hands really stand out in that event, it was his second deep run of the week. Two days earlier, he finished fifth in an $8.80 buy-in event that featured a $15,000 guaranteed prize pool. He finished fifth in that one for a $700 prize. When there were only 11 players remaining, StreetStalker was on the short stack and needed some help.

While he credits his BPC training with his recent success, a little luck helps once in a while too – and it certainly worked out well in that tournament. With not many options left, he was soon all in pre-flop with 7-7. Everyone folded except for one player with an ugly-looking A-A. The flop brought 7-A-4.

He made trips, but his opponents had bigger trips with his three Aces. Then, a miracle happened. The last 7 fell on the turn with a 3 on the river, giving him the hand with quads over trips. The double-up helped propel him up the standings.

Throughout both tournaments, StreetStalker said he relied on the strategies and ideas he had been taught in his BPC program.

“It feels great,” he says of his two nice cashes. “The main reason is that I won with skill, not with luck. Also, I can now show my family and friends that poker is not just gambling, it is a skill game and only a small percent of luck is involved.” 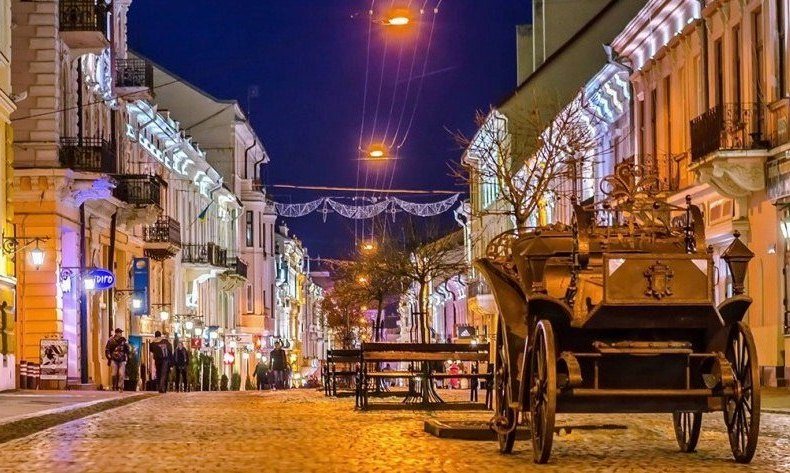 Originally from Chernivtsi, Ukraine, StreetStalker now lives in Philadelphia, Pennsylvania, in the United States. He considers himself a low-stakes player and plays on several sites. He started playing the game while in college in 2008 after a friend showed him how to play on PokerStars.

Over the next 10 years, he really didn’t dedicate himself to the game – just playing for fun. He finally determined that he wanted more.

“This year I decided that I wanted to play poker for profit,” he says. “So I started searching for courses, books, forums, and videos. Now I am studying with BPC.”

Before playing with BPC, StreetStalker’s play was inconsistent. Profits weren’t easy to come by and cashing regularly in tournaments just didn’t happen. He’s already taken the MTT course but is giving it another shot to work on his skills again.

“Technically my game was intuitive before BPC,” he says. “Sometimes I won, but I lost more than I won. After the first time I took the MTT course I lost as well, but I was winning money in more tournaments than before. I improved a lot after I retook the MTT course. I haven’t even finished it yet for the second time because of when the series started on ACR and I have no time.”

Even with limited time for as much training as he’d like, StreetStalker is seeing improvements in his game and some nice results as evidenced by his recent finishes.

“I started my MTT Bronze course in May of this year,” he says. “The first time I went through the course was not good. I just took it as fast as I could so I could start playing. That was a big mistake. In July I decided to dedicate myself to taking the whole course again and put a lot of effort into it.”

He started out small by playing freerolls and 50-cent tournaments while studying. While he’s not finished with his courses yet, StreetStalker decided to give some MOSS tournaments a shot on ACR. So far things are going well.

It hasn’t always been easy. StreetStalker says his main challenge is getting rid of his laziness and finding a regular routine to put in the hours. Stories of other students’ success, however, motivated him to make some changes.

“I was so inspired by stories of winners on the BPC website,” he says.

While poker and studying occupy much of his time now, when not playing poker StreetStalker likes to relax and watch TV or a movie. Staying in shape is also very important to him, which can also help with the mental side of poker. He likes to hit the gym, take taekwondo classes, and play soccer. Reading is also a hobby.

After getting back in BPC, StreetStalker was determined not to repeat past mistakes and wrote out some goals he hopes to accomplish this time around.

His first goal was to finish the MTT Bronze in three months, but with much more focus and not rushing through it. It actually took him four months, but he’s OK with that. He put in a good effort and saw significant gains in his skills and results.

“Another goal was to finish the MTT Course properly this time,” he says. “My main goal is to get enough profit from poker to make it my main source of income.”

After such a big tournament hot streak, StreetStalker can serve as an example to other students. He realized his mistakes from that first attempt at the MTT. He took ownership of his own mistakes and is now back to make things right. After restarting the course, his training has paid off and things seem to be on the right track.

“First, do everything your coaches told you through the webinars or courses,” he says. “Secondly, never stop learning in poker. Thirdly, poker is a game of skill, so it doesn’t matter how bad you are now. You can improve in this game. The only things needed are effort and discipline.”

After his recent success, StreetStalker thanked those who have been part of his success.

“I just want to wish everyone good luck and don’t forget to put in enough work into studying,” he says. “It will get you to your goal – don’t be lazy. Also, I want to thank the BPC team for the great materials and coaching. You make the poker community bigger and greater, thanks.”

Health and Nutrition for Poker Players