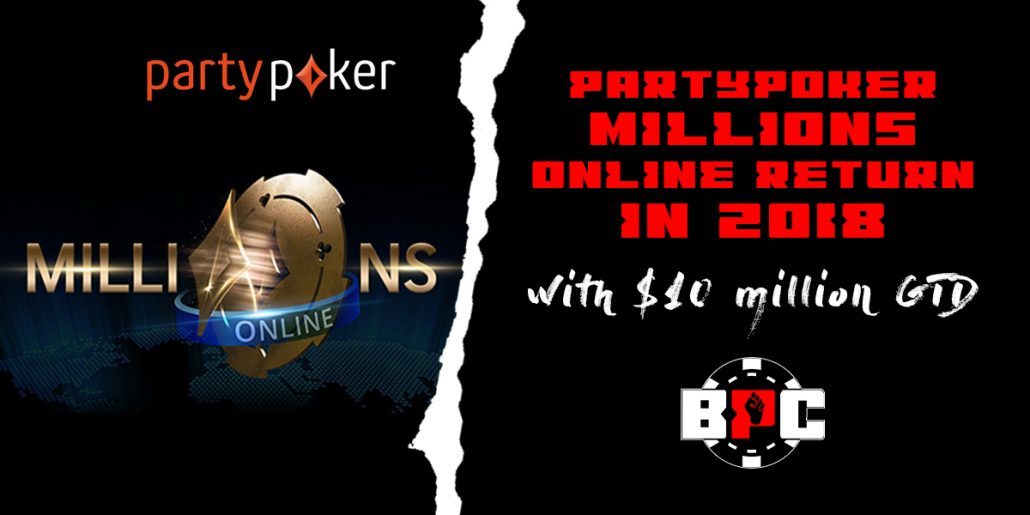 The first-ever MILLIONS Online from last year were a huge success. They attracted 1027 entries, creating partypoker’s largest ever MTT prizepool of $5.1 million.

Since its launch at the start of last year, partypoker MILLIONS has made its mark as one of the biggest and most successful poker series ever held. With record breaking prize pool guarantees and countless ways to qualify online for very small buy-ins, MILLIONS events have proved a massive hit across the globe.

For 2018, partypoker is ramping up MILLIONS even more. All next year’s events will have guaranteed prize pools of at least $5,000,000 – with five events each guaranteeing a minimum of $10,000,000 in total guaranteed prize money. At the $10,000,000 guarantee stops, at least three players will become instant millionaires with the winner banking a life-changing $1.4 million. The runner-up and third-place finisher will take home $1.2 million and $1 million respectively, and at least 250 players will be paid, with a minimum payout of €10,000.

This year’s MILLIONS schedule includes new stops at Casino Barcelona, as well as return visits to Kings Casino in the Czech Republic, Playground Poker Club in Canada, Sochi in Russia and Dusk Till Dawn in the UK along with a brand new venue for the Caribbean Poker Party. 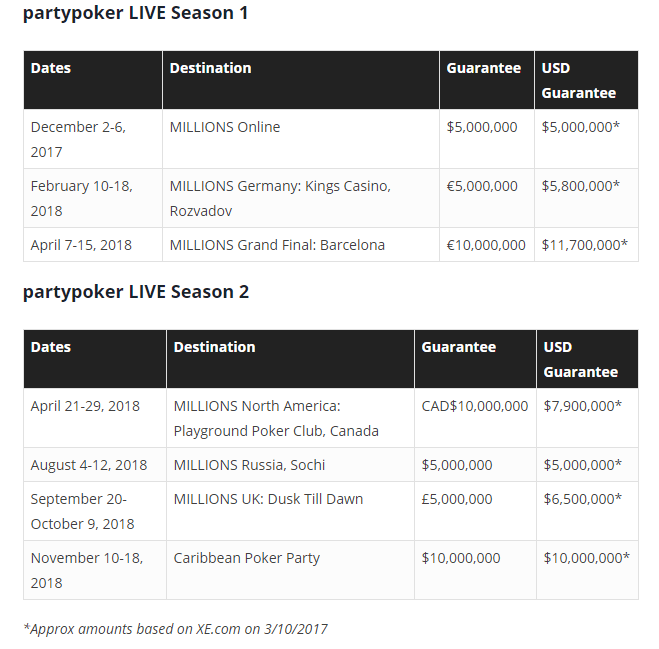 The first MILLIONS event of 2018 will be partypoker MILLIONS Germany at the celebrated King’s Casino in Rozvadov on the Czech border. Taking place from February 10th to 18th, the event will boast a €5,000,000 guarantee – a massive increase on last year’s €1,000,000 event which attracted 820 entries.

Ready to join the party?
If you’re ready to jump into the action, then click here to download partypoker and get started!

Triple Barrel Bluffing on the River
Scroll to top