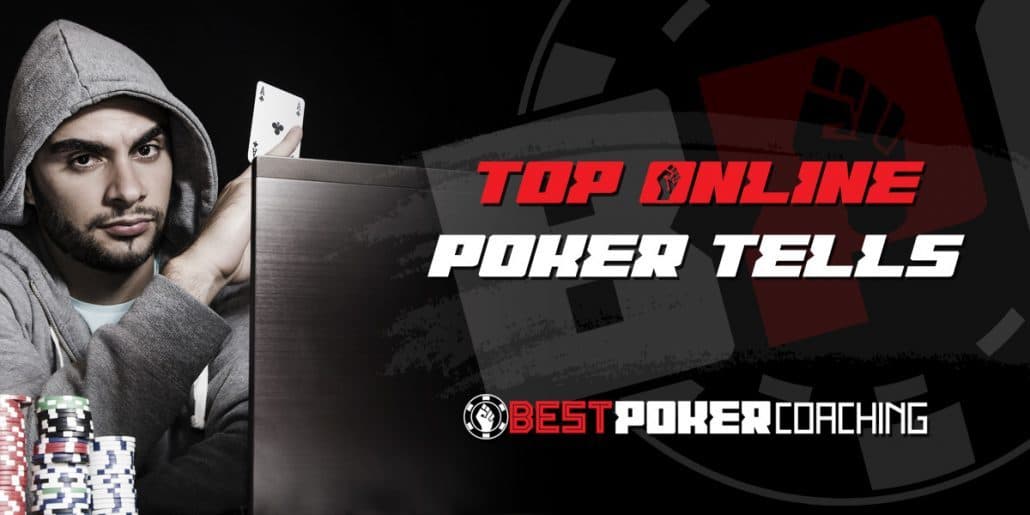 When playing poker online, you miss out on plenty of visual tells that you would otherwise see when playing live. There is a number of online poker tells, however, and while not as reliable as some live poker tells, they can undeniably help you gain an edge in certain spots.

A tell in poker is a change in a player’s behavior or demeanor that is claimed by some to give clues to that player’s assessment of their hand. A player gains an advantage if they observe and understand the meaning of the tell, particularly if the tell is unconscious and reliable.

In this article, I will discuss some of the more reliable online poker tells, but, keep in mind that these tells aren’t always going to be true for every player. So, make sure to confirm each tell on an individual basis before using them to assist in your decision making.

These are very broad generalizations but can be used to form an opinion of a player before even playing a single hand with them. Things like usernames, avatars, locations, VIP status, and even chat box activity can give you some insight into the skill level of a certain player. A username like “hellmuth1983” in itself may not be super reliable but you can pretty much guarantee they’re a fish if they’re also single-tabling, have an avatar of a beagle, and posting emoji’s in the chat box after every hand.

When a player instantly checks, it nearly always indicates a very weak hand. Often times the player has checked the pre-action check box and is planning to either check-fold or check-call. You will also see this a lot preflop from the Big Blind when they have a garbage hand and would have folded to any raise. Either way, this tell is a great way to steal your fair share of small pots. You can also use this tell to your advantage to induce aggressive opponents to bet when they would otherwise fold to a bet.

A very fast raise is an indication of strength, especially on the turn or river. If you don’t have a strong hand yourself, you should consider folding unless you have very reliable information that your opponent does this with weak made hands and/or bluffs.

Calling very quickly is usually an indication of a marginal hand, such as a weak top pair or a draw. For example, when a player snap calls your flop c-bet, they want to show you that they aren’t going anywhere in hopes that you’ll slow down on the turn or river. If they had a strong hand, they would most likely need a few seconds before making a decision.

When a player takes a long time and then checks, they are making an effort to show strength but are generally weak. They want you to think they’re strong, hoping you will check back so they can see a free card or get to showdown cheaply. If you have a value hand, checking back here is a sin. The wetter the board, the bigger the bet.

If a player is timing out, they may be playing multiple tables and are unable to keep up with the action. It could also be due to other distractions or a faulty internet connection. Either way, take advantage of these players when it becomes a habit by stealing lots of small pots against them.

Some players are very predictable when it comes to bet-sizing and barreling on certain board textures. Inexperienced players, or just bad players in general, may even size their bets according to the strength of their hands. Then there’s the donkeys who lead into the raiser for a small bet as either a probe bet or to set their own price with draws. And then there are the pouncers who will auto-bet half pot or full pot when checked to. Pay good attention to how players are betting and make a note every time a hand goes to showdown. When you start to recognize a pattern, you’ll be able to exploit these players and pick up some nice size pots along the way.

While tells are great for exploiting our opponents, they’ll never be enough to compensate for a lack of fundamentals. So, play a solid game first and foremost, and don’t waste too much time searching for tells because most are really obvious if you just pay attention and take notes. Also, you yourself should always be aware of which tells you may have, so definitely avoid predictable patterns in your play against thinking opponents.

What are some of the tells you have come across at the tables? Let us know in the comments below!