On a Roll: Jernej Graduates Program and Has Big Plans for Future 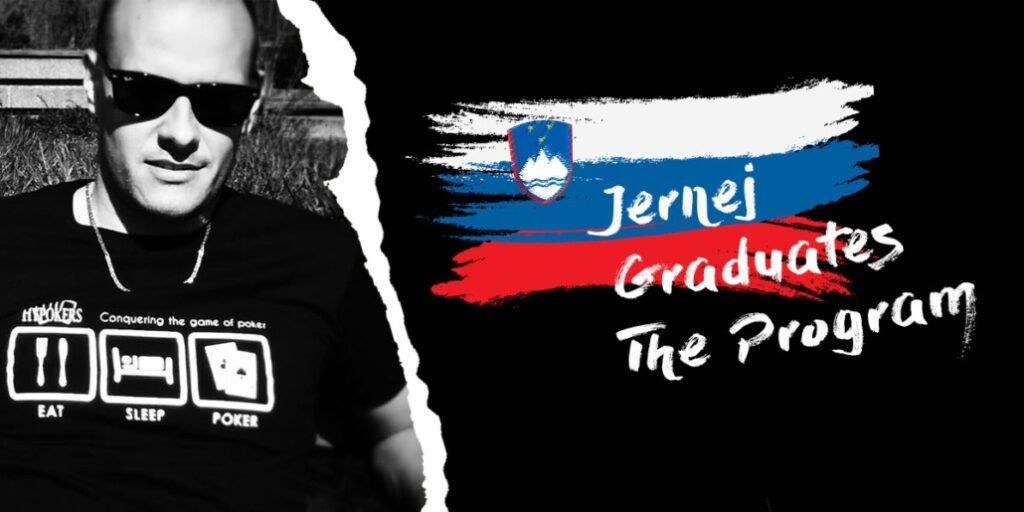 Some things don’t come easy. Good things come in time. But with enough perseverance, persistence, and hard work major achievements can happen. That’s the case with 36-year-old “Jernej,” who recently finished the NL Heads-Up Soldier program with a target of €60,000. It was much-deserved after so much effort.

“It took me quite a long time, about three years to finish my contract,” he says. “But it feels good to finally get it done, especially as the last month and a half felt like I was really playing at the highest levels I ever have.”

Jernej, who plays at stakes up to NL600, attended BPC Poker Camp in Marrakech, Morocco, in October, but finished right after the event. He was at 93 percent before the event, and will receive his trophy at the next event. It certainly gives him something to look forward to. 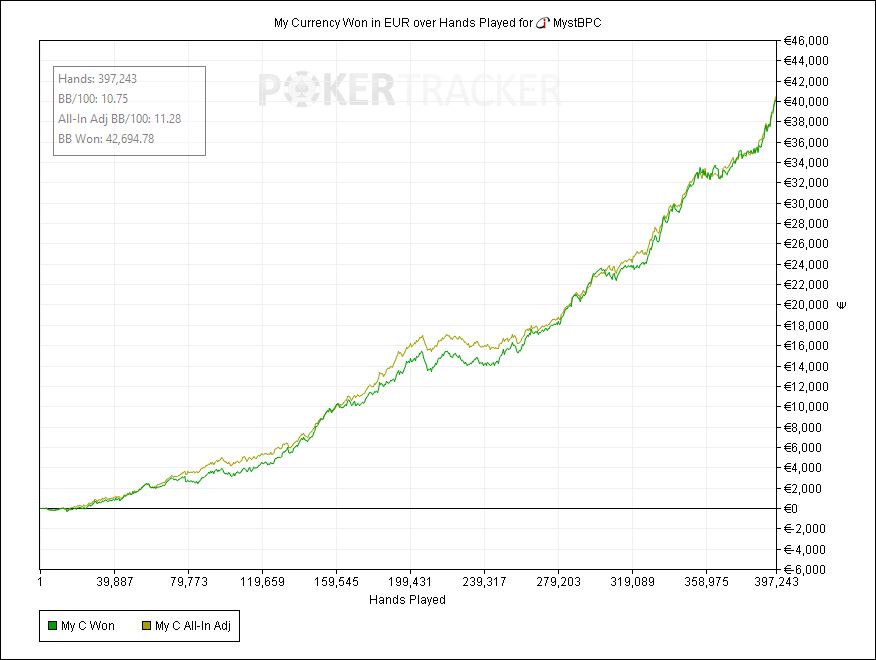 Beyond his excitement for reaching his goal, this player from Ljubljana, Slovenia, is excited to complete the program for another reason – financial.

“It also means a big pay increase getting all the profits now for myself,” he says. “I will miss the coaching a bit, having all of the support and help, but I am ready to take on new challenges.”

Getting to this point didn’t come without a few setbacks and challenges. There were plenty of them. Jernej loves to travel and live some interesting adventures. Working in serious poker time and a regular schedule at the tables wasn’t always easy to fit in with that travel schedule.

Another big challenge was on the mental side – staying motivated and disciplined during the tough times. He loves poker, but found his motivation lacking at times.

“But with time I learned and got better in those areas also,” he says.

As he continued in the program, Jernej’s discipline became better and he began to focus on the important things – hard work, persistence, and using the training he was receiving with BPC. What are a few of things he learned to stay on the profitable side?

“I think the biggest thing was the professional attitude to have: what it takes to get things done, how and what kind of goals to set for myself, what kind of standards to uphold,” he says, “and how much effort one should expect to give to something if he wants to succeed on a high level – not just at poker.”

While the poker skills and strategies played huge roles in improving his game, Jernej lists some other factors he learned from BPC that were critical to his success and important for earning money in the game. Those include getting in the right games, keeping track of his time and effort so he can better see his progress, and keeping his accounting much better. He plans to keep those ideas in mind as he continues to play.

While he may have taken three years to finish, some big moments stand out. Some of those include his first milestone earning months in the program, which were major accomplishments for him, and those that moved him to a new level also in the study materials.

A few moments that stand out were: the €1,500 month that moved him to the intermediate level; and the €4,000 month that propelled him to a new class and benefits. Winning €4,000 a month had even been one of his personal goals before joining BPC.

Another big moment was winning €5,000 in a month to move to an advanced group. Earning the blog of the month also stands out as well as attending Poker Camp, which he described as “an awesome event.”

One night at the tables sticks out in his mind, and showed how much he had improved. Just before finishing  the program he was playing with two regular players who lacked the real skill he had been learning. After his training, Jernej now had a noticeable edge against them.

“It showed me how much I improved,” he says.

After learning the game at a friend’s birthday party about 15 years ago, he was hooked and started playing online a bit for play money. He won some money in freerolls and kept slowly building his bankroll from there – playing several games and variations from from fixed limit poker to SnGs, all at small stakes.

A year before Black Friday, Jernej began to take the game more seriously. His goals began to grow and and he signed up with BPC to improve at his favorite game type, HU cash. Jernej has never really had a real job – just poker. What does he like most about the game?

“I love the competitiveness and logically trying to solve and counteract what another player is doing,” he says. “Lately, I also like just solving and correctly applying the whole strategy of the game, seeing the big picture in how some line affects other actions.

“Every time I play heads-up, I get completely immersed and forget about time and everything. It is also about seeking the edge and the lines you can take. I love it.”

Of course, Jernej enjoys the money that the game brings and the freedom to live how and wherever he wants.

While he may have once struggled with dedication, Jernej now plays five days a week, for nine or 10 hours a day, and also studies an hour or two. He also likes to make time to hit the gym and jog, and believes it’s important to stay in shape after so much time playing poker. He enjoys playing late into the night, and sometimes wakes up very early to finish playing and studying by 3 p.m.

When not playing poker, Jernej enjoys meeting friends or just relaxing a bit. Some of his hobbies also include sports, traveling the world, and trying a bit of anything to gain as many experiences life has to offer.

His goals now are to evolve and improve in heads-up poker even more and also look for some more challenges in the game.

“I still have a lot of things to learn and it’s really fun to explore all these strategies,” he says. “I will also add 6max to my game later, start playing live games more, and then see what makes the most sense. I would like to learn PLO, but I know everything takes time to really master so will decide in the future which way to go.”

After his BPC graduation and so many things going his way, Jernej sees big things in his future and has made some definite plans to use what he’s learned to make his life better. That includes goals like living in different locations around the world, building up his bankroll, and growing his poker knowledge. He’s also got some ideas for business. 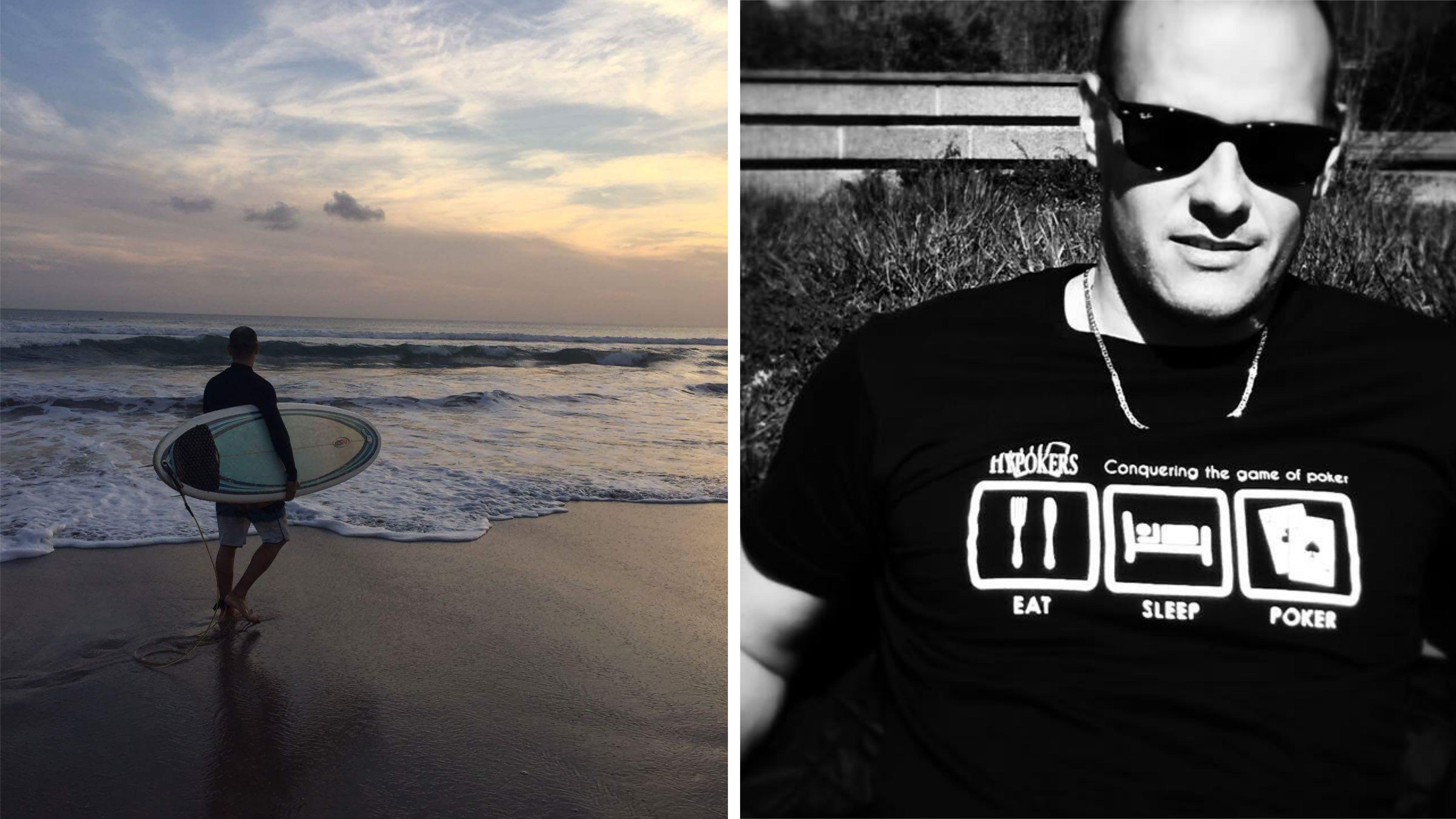 “I also want to start investing,” he says, “opening some business and expanding on other areas that I was already trying a bit before.”

At such a big moment in his life, this poker shark has one more thing to add.

“I would like to thank the coaches and whole BPC organization,” he says. “I wish them plenty of success to them and all those people joining the program.”

PrevPreviousCASE STUDY: Determination Into €60k
NextCASE STUDY: How KanelBullar Made His First €60k With BPCNext