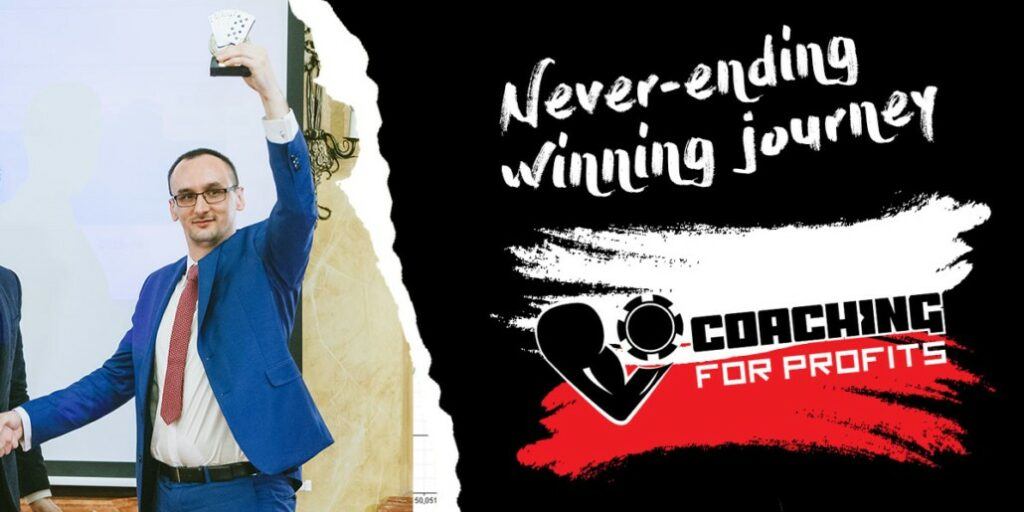 Maciej “Nubson” was an NL25-50 SH poker player, but when he started Coaching for Profits program he changed to HU.

How could someone that never played a HU hand before win the monthly rankings 3 times, as a student, and then becoming a super HU coach?

We will try to show you his secrets, and you can also follow all the steps, in his blog here at Best Poker Coaching.

Just look at his first post. You are looking at his first steps into Best Poker Coaching and his never-ending winning journey:

WHERE IT ALL STARTED

It all started in a small city in the south-west part of Poland, Legnica. Nubson moved there to start his IT studies and decided to stay after graduation. He explains us why:

“Legnica has a very rich history: Many historical monuments like castles, cathedrals, also a few hundred years old defensive towers and walls. There is a lot to see here.  Also, Legnica is really close to the “Karkonosze” National Park. The park is located in the highest part of the Sudetes. Usually, I spend my free days there, walking along the mountain paths, away from any kind of modern technology. “

Around the time Maciej was in his IT studies’ second year he found out about SNG freerolls.

And the poker story begins…

Grinding hours and hours, in the 10-man freerolls SNGs, with only 10cents prize pool, he got to a $20 bankroll.

He then switches to cash games, where he continues to increase his bankroll, still without putting his own money, investing his time and skills in a Non-Deposit bonus at Full Tilt.

He was now a Micro Stakes Grinder that could get a few hundred dollars a month.

Always improving, he even set his own record month of winnings, with $1000 playing at the micros.

He was no stranger to poker coaching, but he never tried BPC, and maybe that’s why he was still not winning enough money.

“I had many hours of private coaching with really successful coaches. But I have simply found out that my problem with being stuck on the micro stakes was not a strategy-related problem or laziness. I needed someone who would guide me, check out my game daily, if necessary. At that time I was really desperate, I would gladly sell my soul to the devil to get out of those games playing for cents.”

So in August 2014, he made his first post at BPC and one more life started to change.

Like all CFP finishers, we had audacious goals, especially for someone who started playing HU from scratch.

He started really strong, making 5k€ in his first month.

(Spoiler: This record was soon beat. Just look at the time he finished the contract with a 4k€ session or at his first playing day in 2017, when he won around 7000€.)

Grinding and studying, the man that began from freerolls achieved in May 2015 his first €10.000 month.

Looking back at his start, where the most profitable month for him before CFP was $1000, we can add Maciej as one more testimonial that proves why we can call ourselves Best Poker Coaching.

Still, CFP HU contract for Nubson was 60k, and by  July 2015 he was halfway, feeling he had to give more, so he could receive more and faster.

Every good story has at least one magic moment, where the hero, against all odds, beats a villain.

Although, in this story, the odds were on the hero side. Still, the bad beats he took were bad enough to destroy anyone’s confidence.

The July 2015 BPC seminar must have been the magical moment, where he was inspired and received the strength, courage and knowledge to continue the fight.

So, even while running 7k€ under EV, he stayed focused and continued to work.

His resilience and the way he stood committed when this absurd downswing hit his game, show us that CFP gives you skills beyond poker.

It must have seemed like years to him, but it was only a question of months until he got a new 10k€ month.

THE FINISH LINE WITH A 4K SESSION

On the 18th November 2015 he makes the post his followers were waiting for:

Not only he reaches the goal of finishing his 60k contract, he also did it with style.

In the second-best session in the CFP HU record history, he had made a 4k day, in a 15 hours session.

(If you are wondering who has the record for the most profitable session in CFP HU, it’s Rylan with an 8k session and he’s a 2 times CFP finisher.)

Here we can see Maciej’s full graph into his path of completing his 60k contract:

This achievement didn’t stop Maciej, who could have seized the moment to get into the resting mode, enjoying the well-deserved profits. No, on the contrary, he opted to stay in BPC as a HU coach, giving back, starting to spread the magic among his students, like his coaches had done with him.

It seems that coaching is one awesome way to improve.

“I enjoy coaching … because it gives me confidence. It pushes me constantly forward because I teach my students things that I did myself, or doing now to improve my game.”

Lauri, one of his students, makes this statement after achieving his 10k month:

“Thanks guys and special thanks to you Nubson, our coaching session before Malta was an eye-opener for me.”

(Lauri later finished his own CFP contract, joining the growing list of winners and CFP finishers).

If you think Lauri is alone, check out the love his students continue to leave at his blog.

And Maciej? What does he think of BPC and the Coaching for Profits Programs?

“My results after BPC went up from a few hundred Dollars per month to a few thousand every single month and it’s still increasing.“

He continued to beat his own records, even after finishing his contract.

In his first month alone, he made another 10k and shared his excitement and graphs in his blog:

“Last year was great for me!Sometimes I still can’t believe what I’ve achieved. Anyways I’m going to make 2016 twice better than 2015  – I will prove that I’ve deserved it.   Atm, I’m working on detailed-goals, especially outside of poker. For January my first priority is to change environment to more professional.   Also, December was my first on-my-own month, graphs below”

He didn’t stop at 10k€. In April 2016, he wrote in his blog showing again that the knowledge he got for poker and life extended way beyond the contract:

“In April I won 12k EUR pre rakeback which is my current best month ever. I’m a bit disappointed, at some point of the month I was close to 18k profits but nl1k games are pretty swingy and any kind of mistakes are really expensive.

Also, my volume was unexpectedly good, 200h+ at the tables in March and April considering the fact that I’m ‘regular’ at the gym 3x per week its really great result for me. “

In July he broke his record again, with more than 16k winnings.

And at the beginning of this year, he also beat his record day profiting now 7k€ in a day as he shares in his blog, saying:

“My first playing day in the new year finished with a new daily record of 7000~EUR. This time it took me around 6 hours. ”

Yep, no mistyping here, more than 1k/hour to the man who started poker with freerolls.

His victories and goal achievements don’t happen only on the tables, but poker seems to be always involved…

He proposed to his girlfriend in one of the most wonderful Croatia beaches, while attending the 2015 BPC Seminar.

We can see the love for the game in the words he chose to revisit the moment:

In 2016 Malta was the place where players and coaches reunited and once again Maciej was there.

You can see the Maciej “Nubson” moment in this video of the award ceremony.

This September, Cannes was the chosen place to party and again Maciej couldn’t stay far.

Following the rise of Maciej has been an inspiring experience, but what’s next?

In February 2017 he shared with us the sweetest pic, the family just got bigger, with his first son.

Having a kid didn’t calm the fire in Maciej.  Like a true warrior, he searched for the next challenge.

“Pokerwise as many of you mentioned, I recently joined 6max CFP program. I started with the intermediate course and it’s just amazing! The step by step structure, amount of information, idiot-proof guidelines.  Its hard at the beginning to catch up with everything especially when I’m still grinding HU games, I need to focus on 2 things at the time and there are tons of materials to master and volume to play in order to start earning good money at 6max. I still need to figure out the way to progress fast at 6max and not to lose too much of HU profits. “

You can follow him on his new quest as he joined the CFP Iron Man 6-max program.

After a success like his, as a HU player, it may be difficult to start playing in a different format and readapt all your game. But we know that if someone can do it, that person is Maciej “Nubson”.

We already can see what he posted from this new adventure. He changed an almost break-even March into a profitable beginning of April.

The following graph shows that the numbers are already positive and we believe they’ll keep growing.

What can we expect to see in Maciej’s future? We never know.

When he sets a goal, he reaches it, so we aren’t even sure if the sky is the limit for him.