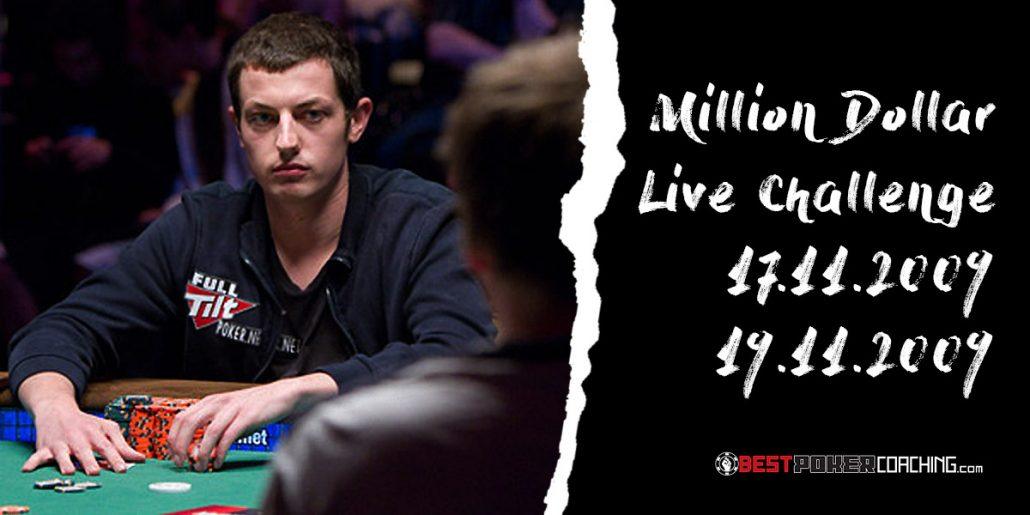 The online version of the Durrrr Challenge was in full swing while poker was at its absolute high and all over the media. Mainstream networks televised poker shows on a weekly or even daily basis, newspapers portrayed the stars of the scene and money was coming from all kind of directions. These were the happy days of poker and the time Tom “Durrrr” Dwan issued a challenge to the world – he would play anyone online in PLO and NLHE except Phil Galfond and sweetened the deal with a massive side bet. If he would win the challenge, the challenger would have to pay additional $500.000 but if Dwan would lose, he would have to pay $1.500.000 to the challenger. 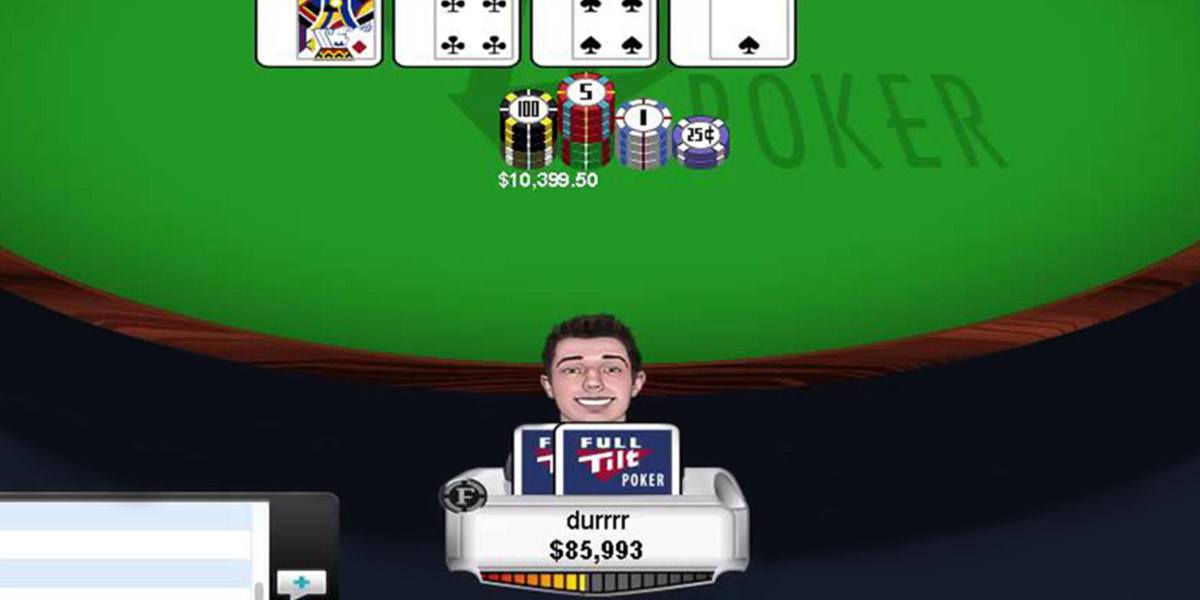 The online version of the challenge never concluded and it seems both challenges, the one against Patrick Antonius and against Daniel Cates will never reach the 50.000 hands that were agreed on.

But the challenge and the media hype Tom Dwan created at the time played a big part in getting his sponsorship on FullTilt Poker who quickly recognized the potential of such a challenge. Of course, the players could win a lot of money but the poker sites could extend their reach even further and recruit even more new players. The more coverage the challenge would get the bigger the benefit for the sponsor.

While the online multi-tabling “Durrrr Challenge” came to a screeching halt after 2010, the live version was actually concluded in 2009 and as expected, was a complete success.

At the climax of popularity, Full Tilt announced that Tom Dwan would play a televised one Million Dollar challenge against some of the best Holdem and PLO heads-up players.

The final lineup did not quite hold up to the high expectations the advertising had aroused but it was quite fun nonetheless.

Each player would have to pay $250.000 for the privilege of playing, the Blinds were set at 500/1000 Texas Hold’em or Pot limit Omaha and a tribute to the single-table-live-format only 500 Hands were set to be played. The challenge would end after these 500 hands or if one player loses his complete buy-in.

The live version would take place in London at the London Clubs International and Tom Dwan would have to compete against the following players: 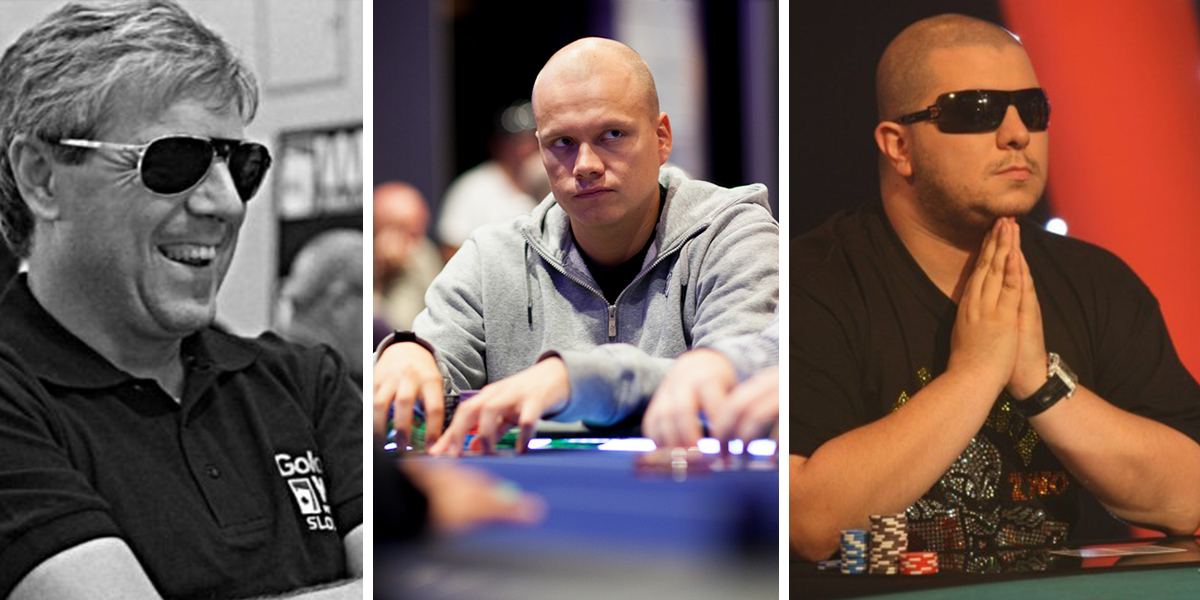 The choice of players was a bit odd as Sammy “AnyTwo” George maybe was a local “hero” but clearly not the top of the crop while Marcello was a very good player but relatively unknown to the public. Only Sahamies had made the headlines with his forms clashes with Dwan and everyone considered this to be the toughest matchup.

The Durr Million Dollar Challenge was accompanied by some action away from poker. The competitors did go bowling together although was some gambling involved even there.

The players bet $10k on every game and Sammy “AnyTwo” Goerge bet on Ziigmund to hit a strike at some point. Dwan accepted the bet and Ziigmund made AnyTwo a little bit richer which provoked an outburst and short dance from the winner. But Dwan was set to get his revenge on the tables later and made more than up for the loss.

But after the fun and games it was all down to business at the tables when Tom Dwan sat down with his challengers.

First one was Sammy George, but we will look at this matchup later, as it deserves some “special” attention.

So let’s focus on the second matchup, the match against Marcello “luckexpress” Marigliano: The two players played Texas Hold’em mainly, with some Pot Limit Omaha at the End of the match

Marcello Marigliano: The Italian poker professional is known to play the biggest limits online and is a feared No limit player. His nickname on FullTilt is “Luckexpress10” and although Marigliano has proven himself more than capable on many occasions it was widely expected that Dwan would dominate this matchup. 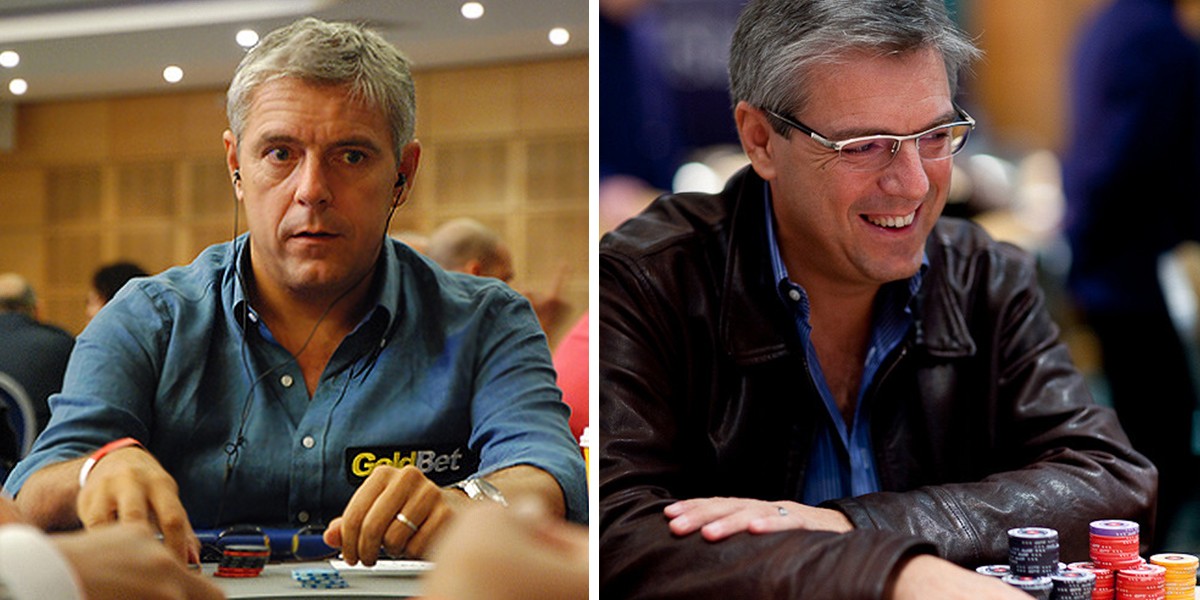 Dwan lost 22,500$ overall, mainly due to two bluffs of Marigliano. They played some big pots who did go either way as the tight-aggressive Marcello called down some value bets by Dwan and Dwan gave Marcello way too much respect. Dwan said that they did play “a ton” online before the matchup but it looked like the 500 live hands were not enough to complete the “feeling out process” for the two.

Marcello charged Dwan with a set of 2s but Dwan took down more little pots so the matchup was very balanced overall for a long time. Dwan was getting ahead slowly but Marcello made the comeback with a big bluff and some insane hands at the end.

The bluffs were set up over the time of the whole match by Marcello who did make some bluffs on the flop and turn but then insta-checked or folded on the river.  Maybe “luckexpress” took a page out of Tom Dwan’s book,  who is known for some of his crazy bluffs on the river.

The first hand happened just after Marcello barreled two times but stopped at the river and lost the hand to Dwan.

Marcello quickly called, but both players missed the flop completely. 3-6-8 rainbow helped neither player but Tom Dwan decided to cbet with $16,5k. He had still the best hand but had no chance of knowing this. After some thinking, Marcello called the bet and the dealer turned over a 4 of hearts for the turn.

Dwan fired a second barrel instantly and Marcello called again, blowing up the pot to 126k$.At this point, Marcello had to know his hand was no good and his odds to improve were marginal so he already had to have a plan for the river.

The river was another 8, pairing the highest card on the board. Neither player had hit anything but the pot had reached an impressive size nonetheless.

Dwan decided to fire the last barrel with a net worth of $96k. He had not moved all the chips for the bet into the middle when Marcello announced his all-in. As fast as Marcello had reraised him, Dwan decided to fold the best hand, saying “I guess I did not pick the right time”. Marcello’s bet was just over 145.000$ leaving 48.000$ for Dwan to call, giving him pot odds of roughly 5:1. But Durrrr clearly thought he was firmly behind at this point, so well played by Marcello! Marcello had read Dwan perfectly as he needed to know that this last bet was a complete bluff as every other hand would have called instantly. Marcello showed the bluff and explained to Tom Dwan: “How could you have called? Even if it’s just 20.000$?” And he was right, how could have Tom Dwan call him with nothing more than king high? All the drawing hands had missed and the very small reraise would be called by every made hand on the river. This perfect read by Marcello shook Tom Dwan a little who reloaded $300.000.

It took some hands for Tom Dwan to calm down again and shrug the perfect bluff off but he managed to get back to his best and the game featured some memorable swings in both directions.

Some memorable hands featured the pocket queens of Tom vs ace three for Marcello. Marcello hit the full house on the flop and got two streets of value out of Dwan who folded his queens against an all-in on the river.

One other memorable hand was the collision of hearts when Dwan semi-bluffed his flush draw with an all-in on the flop but Marcello also had a flush draw and called the raise. Marcello had the queen kicker for his flush while Dwan had just a six, resulting in a double-up for Marcello. But Dwan also played up to his best, bluffing Marcello out of some big pots and collecting a lot of small ones.

The matchup between Dwan and Marcello turned out to be very entertaining and to be played at the highest level. It was more than deserved that Marcello was walking away as the only winner of the challengers