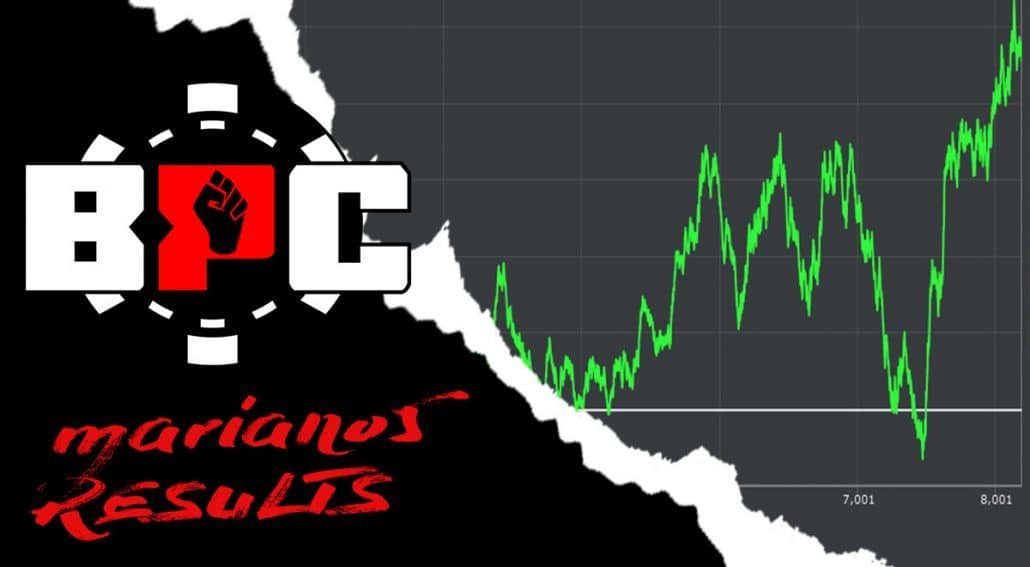 While usually the HU and 6-max guys are used to dominating the rankings, the students of the “younger” CFP programs are starting to make their presence felt on the rankings.

Leading the charge is Michael from Vancouver, the current SNG force on the up.

Michael has a great blog which you should check out and find out more about him here. He is definitely putting in the effort – and results are starting to show.

He started the New Year with a blast, and is having quite a ride.

SNGs are notoriously swingy, so anybody whining about bad beats or running under EV in cash games – let’s just say that’s baby-league variance for the SNG guys.

Michael is up over 5k+ EUR already for the month, including the rakeback. Of course, this may change in the next 20 minutes for a SNG player, but hey, it can go up or down, so it goes both ways.

As of now, he is competing to take down the first monthly rankings of 2016, and become the first SNG student in BPC history to do so. As you can see, he is battling it out at the top with a HU and 6-max player, meaning the monthly races are getting more and more interesting (and with PLO guys already looming in the background, things are looking exciting for the future battles). 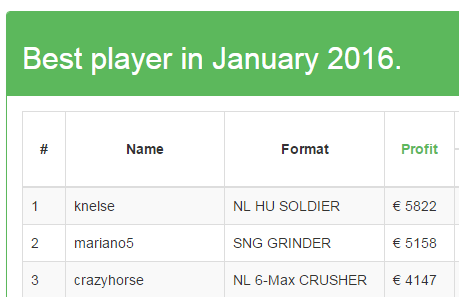 Here’s Michael’s graph (without rakeback) since he started the SNG Grinder CFP:

Take a look at his video blogs as well, respect to Michael for doing it the old school way and actually posting weekly updates on his channel, like it’s supposed to be done! 🙂

Check it out and find out how he deals with the SNG climb up, the variance that comes with it, and the state of the games these days.

That’s the kind of commitment and discipline which is hard to calculate in table profits, but it reflects an overall approach to the CFP project for him, and it’s no surprise he is rocking it already.

As the SNG games can produce some of the biggest winners in poker (as demonstrated by our coach Ben in 2015), I will not be surprised when Michael starts breaking some of the BPC records in the future.

The poker fight for resources

BPC is International: Danel from Estonia
Scroll to top