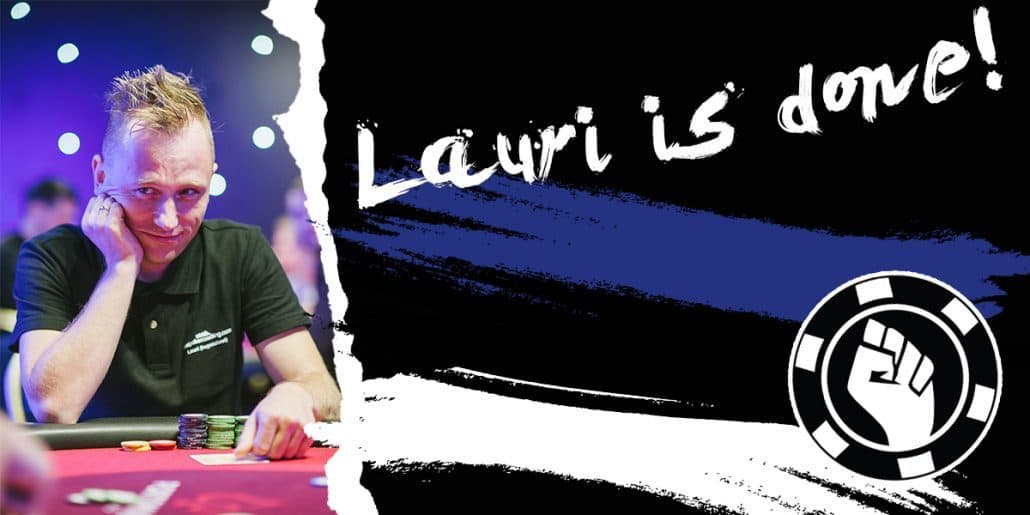 It took him one year and one month to achieve his goal!

We asked him some questions about his time in the program.

Also, I think I have evolved a lot as a player. I understand the game much better now and I know that if I’m not winning (in long term) I must doing something wrong, I can only blame myself, I can’t blame opponents or bad run. 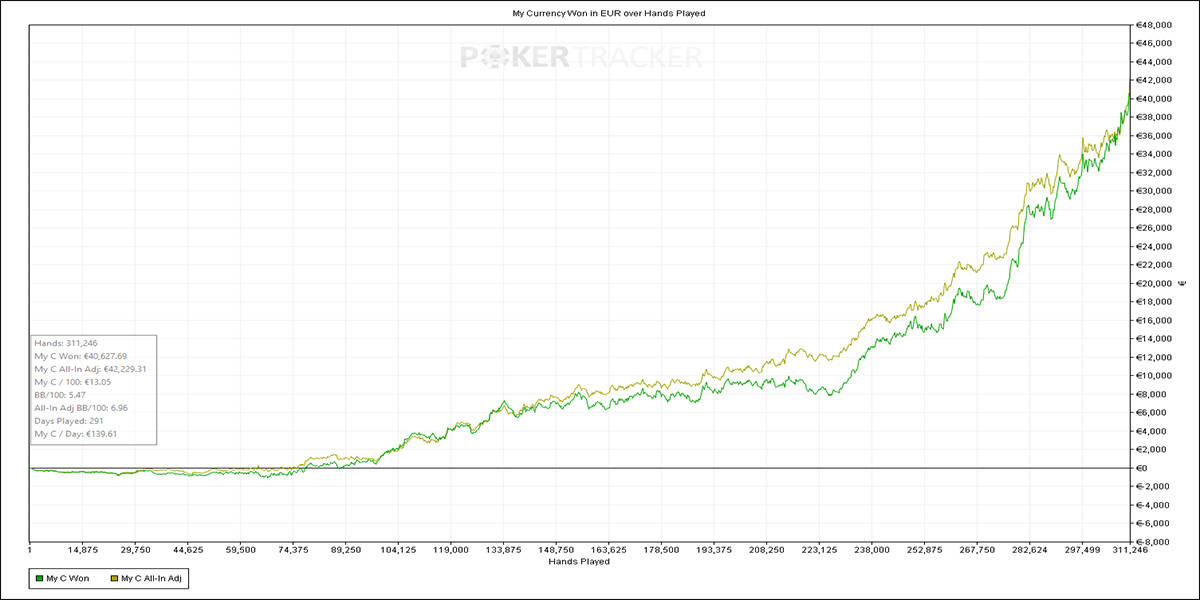 You started CFP as a 6-max student and switched to HU. Why do you think HU was a better fit for you?

Actually, I was playing HU for 5 years before joining CFP, but my results were getting worse every year and I couldn’t win much anymore. Main reason was, of course, that I didn’t put enough hours (100h month was already a big deal for me) and was playing only on 3-4 sites.

So I assumed that HU is dying and tried to switch to 6max but it was a disaster for me, couldn’t even win in 10NL. I think I was playing and stacking off very lightly in HU and it didn’t work well in 6max games.

Thank god that Gordon offered me to change from 6max to HU. 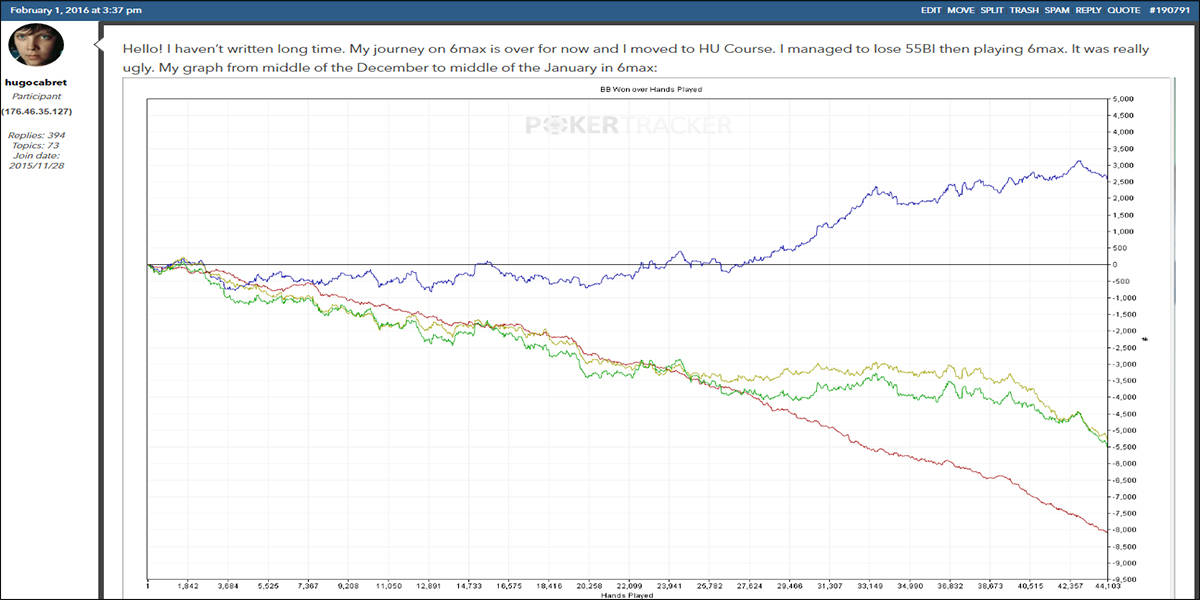 When is the point a student should start thinking about switching programs, according to your experience?

If you put in the effort, you’re playing and learning a lot and still keep hitting stop loss days quite often and you can’t figure out what’s wrong, then maybe HU is better for you.

What are the most important things that you learned?

What someone that have just started the program should do in order to finish it as soon as possible?

Gordon tells you that it the 10 commandments of CFP. Basically, that’s it.

For me most important things were: put in hours, prepare for coachings, be active and ask a lot of questions (even if they are stupid), set yourself big goals and don’t give up because CHAMPIONS STAND UP ONE MORE TIME THAN THE REST!

How did you like the structure, material and the coaching of the program? Can you point one important thing you learned from each coach you had?

I really liked the material, it was very well presented and easy to understand and learn. Also, I liked that you had to make a summary about every video. Helped me to understand things better.

What I learned from each coach:

M1ndCrtl – He was my first coach in the starter group and we went through the standard lines over and over again until I got it. He also helped me with mental game and setting myself goals and making a life plan. At the end, he was again my 1-1 coach and encouraged me to play against more aggressive opponents and that led me to my 10K months.

Daniel – He was my 2nd coach and he helped me to think about opponents ranges and thin value betting. I think it changed my game a lot.

Nubson – Was a game changer for me. He helped me to understand how to fight for pots and be predator a the table. Funny thing: I checked my overall graph and at some point, my graph started to go up and surprise-surprise, it was from 23oct, the day I had my last coaching with Nubson 🙂

Jan –  I think I had only 2 or 3 coachings with him but the most important lesson was understanding the relative hand strength.

Thanks to all of them to their effort and big thanks to Gordon for making this coaching program. It is priceless and a life changer for everyone who is willing to put in the effort!

What was the most valuable lesson/experience you took from the Poker Camp in Malta? Besides learning to not make the donkiest play in a tournament 😀 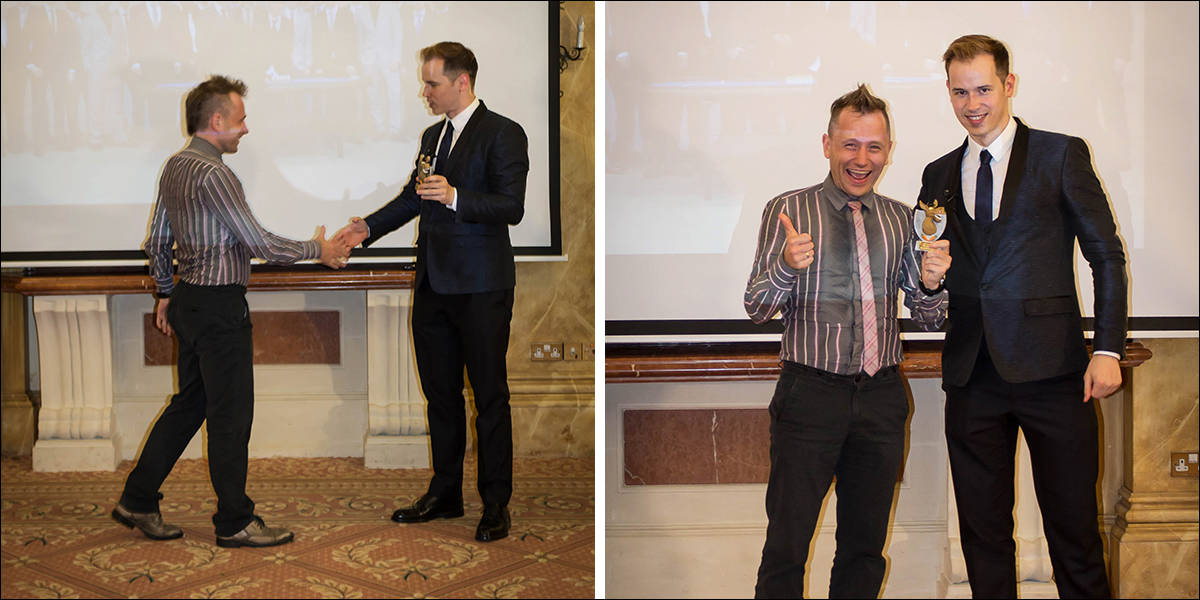 You need to have big balls to make money in poker and you have to be a predator at the tables!

You have to dream big!

You’re absolutely on fire, 10k month, 10k week, personal record day, breaking HU record month, and now, to put the ice on top of the cake, you finished CFP. What are your plans now? Not only about poker but in life, in general?

I want to finish this month as good possible and aim for a new CFP record. Let’s see how it goes.

After that, I plan to grind hard next 2-3 month and then take a little vacation (a week or two) on April or May and travel somewhere with my family.

And of course, I’m waiting for this year’s BPC Poker Camp to get my finisher trophy and meet the nice people there!

And a longer goal is to make in next 3-4 years, my first million and buy (or build) a nice house and make some good investments. 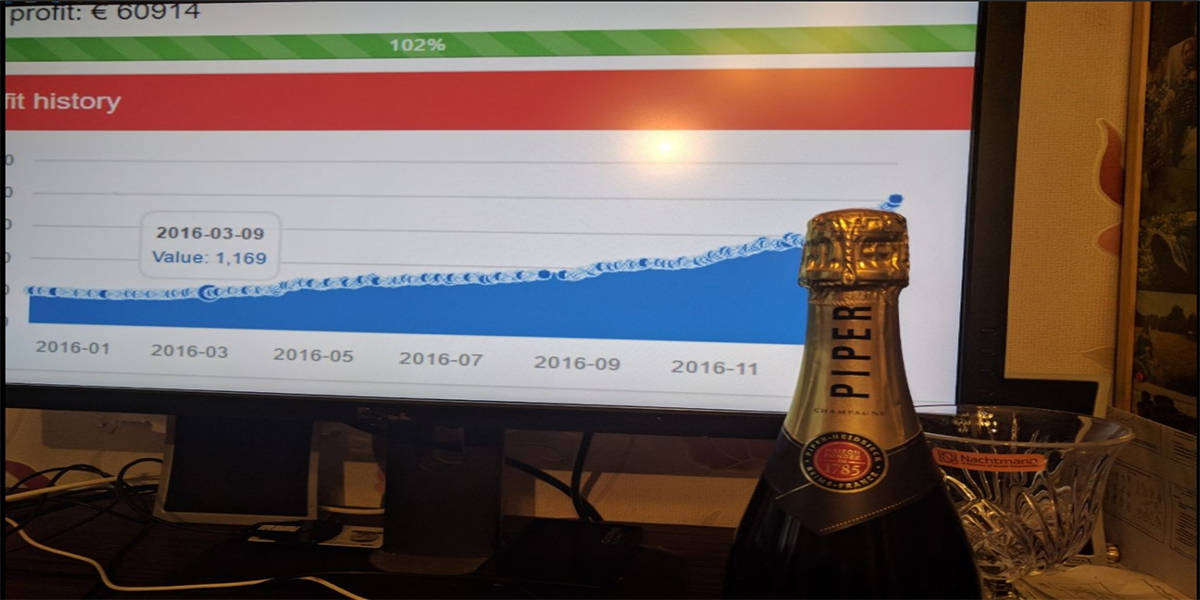 Lauri celebrating a little before going back to the grind!

Congratulations Lauri, you are an inspiration for us all!

Keep crushing at the tables! We want to see a €20k month soon! 🙂