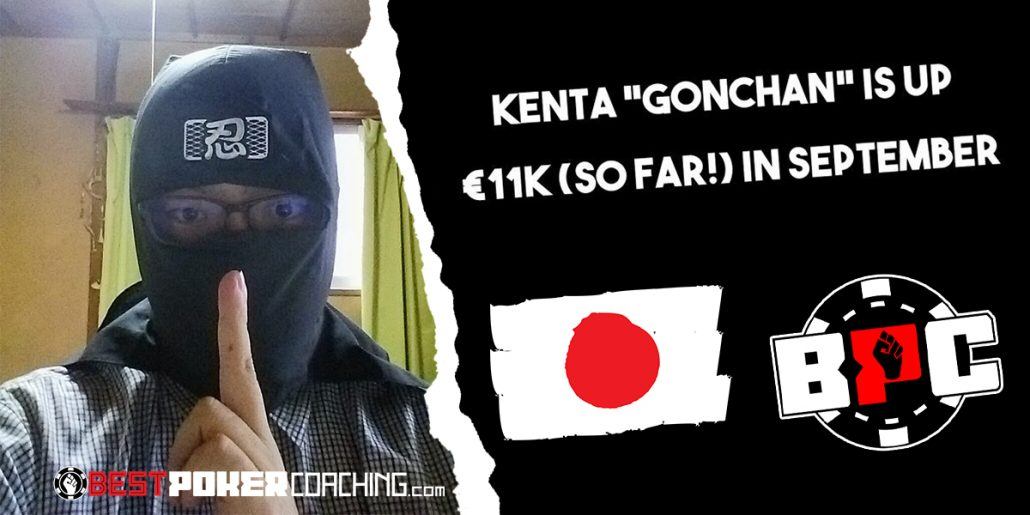 Kenta “Gonchan” is crushing this month in the Heads-Up tables with €11k in profits so far.

He is one of the students in the NLHU Coaching for Profits program. If he keeps this pace, he might beat the record month in the HU program, which is €14420.

We had an interview with him and you can read it below:

When did you start playing poker and when you decided to take it more seriously?

I read a short story about poker in 2ch (A Japanese anonymous bulletin board), after that, I started to grind. This was 10 years ago(I lost some money at that time).
In that period I played on and of, in total, I must have played 4 years seriously, but the results were never good, I couldn’t even picture myself winning €1k per month.

I live in Kyusyu, south of Japan, I live in the countryside near the sea, so I can get tasty fish easily and cheaply.
I basically sit in front of my PC and with my e-commerce site, I  relatively don’t have any inconvenience. 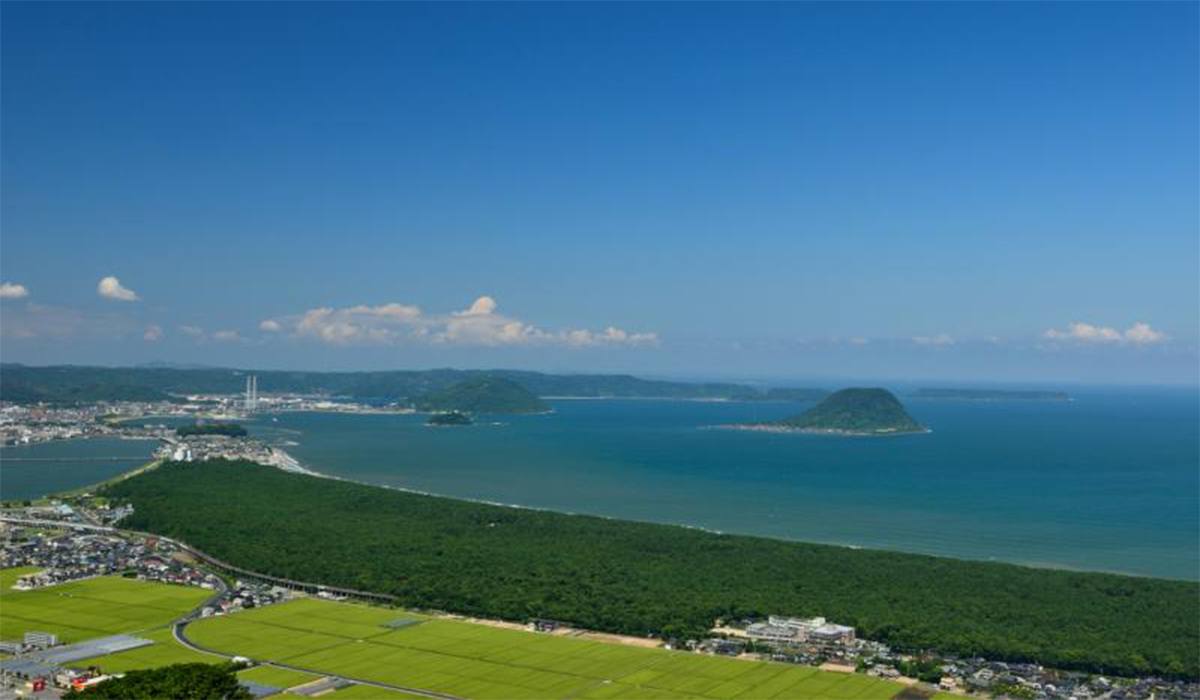 When and why did you decide to join Coaching for Profits in the NLHU Program?

I got an email from about CFP around 1 years ago. (I once purchased something from the site)
I was feeling despair regarding poker when I got the email.  Even making 1/2 of the security deposit regularly would be enough for me.

Which poker formats have you played, and why HU is a better fit for you?

I played a lot of formats. At the start I played NL in cash game tables with 100 big blinds, then I switched to tables with 40 big blinds (Those tables were the ones I made the most profit, but it was always under €1k per month on average). I also played Sit & Go and PLO
Throughout the years I managed to make a constant profit playing poker, but none of it even compare to how things are going now on HU! 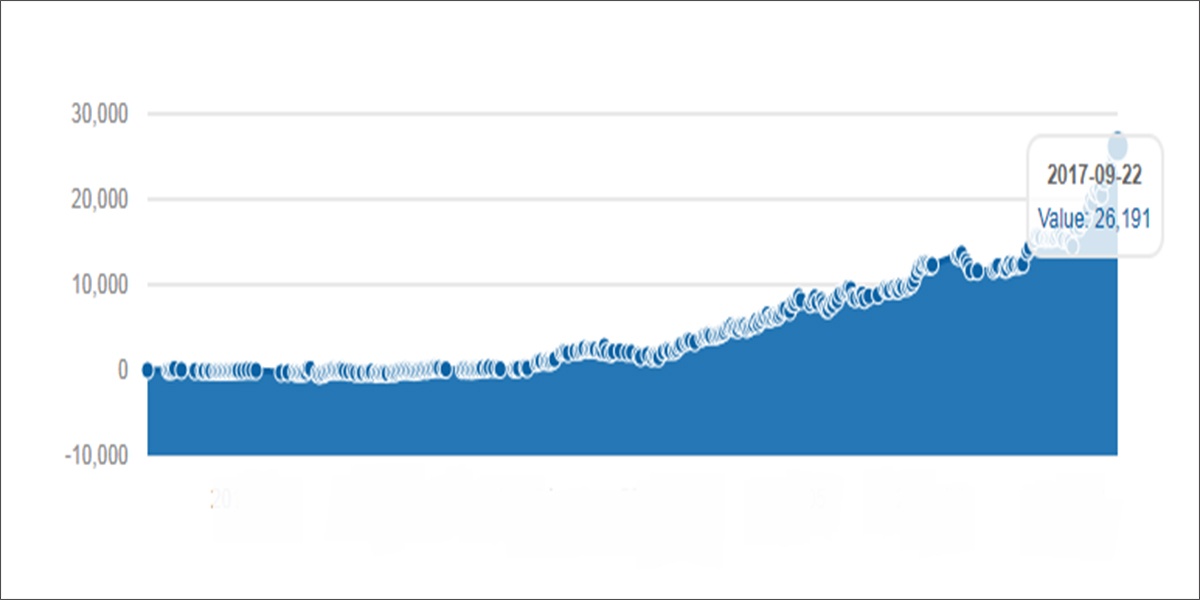 Kenta’s progress so far in the Heads-up program

How did BPC help you to improve your game?

BPC showed exactly what a professional and winner poker player was doing, not only about gameplay but also their mentality and good habits they have.
Some of their stories were never shared in the poker community I was in.
The coaching program is simple, not unnecessarily complicated like the other coaching I joined.
BPC knows what is best for the student through a long coaching history.

Who has been your favorite coach so far in the NLHU program? The one that influenced your game the most?

This is a difficult question for me. All coaches gave me great insight to the game, however, if I have to choose, Nubson and Lauri, both of them gave me very good feedback, which worked wonders on my game.

All in all, how do you like the program so far? Study material, coaching sessions, etc.

I like all the system and the constant feedback I get from the coaches and from the students.
I watched many videos before joining CFP, but when I tried to apply something from those videos, I definitely think there was a big gap between what was taught on the video and my game even after trying many times.
CFP solved and filled this gap with constant and accurate feedback. This was one of the most important things for me.

Has the BPC Community helped so far in any possible way? How?

This community was very important to me, especially when I lost my confidence about my game.
They gave me good feedback, which helped me a lot (even using strong language sometimes 🙂 )

In your opinion, what is the best part of being in the Coaching for Profits NLHU program?

That is always room to improve, what you think you need to do to get even better results?

I need to polish my villain selection, I got feedback last month saying that I quit a table too early, so I expanded my villain adaptation a bit, this is what worked well for me this month.
I still make some mistakes even in the standard lines. I read the word ” bullshit” many times posting hands in the forum.
If I reduce the number of “bullshit” plays, I think I can get €10k months steadily.

What gives you the motivation to get back to the tables every day?

Habit.
Since the middle of August, I created a relatively constant daily routine. I wake up early, grind to until 1:00 pm, have a lunch and then grind until 6:30 pm.
When I set up my grinding time, it became much easier for me to grind 9 to 10 hours per day.
Ambition is helpful for motivation, but good habit’s effect remains for much longer.

From your progress so far in the program, how much time do you think it’ll take to finish your contract?

Any tips for motivation for your fellow grinders?

Have in mind the gap between your current game and the standard play by constantly posting hands, joining coaching sessions and doing Uhlvar Equity exercises.
The more constant this process is, and it becomes easier to play solid and make €10k/month.

If you could give one advice to the other players, what would that be?

Especially for players that come from a country that doesn’t have English as its native language.
Are you tired of getting coached in your native language, which gave you unstable €1k profit per month, at best?
If so, CFP is one of best options for you to consider.
You can make €10k in a month even not knowing the difference between “pray” and “prey”!
Thank you very much for the interview, Kenta. Keep pushing, there is still time to break Lauri’s record month!
Share on facebook
Facebook
Share on twitter
Twitter
Share on email
Email
Share on reddit
Reddit