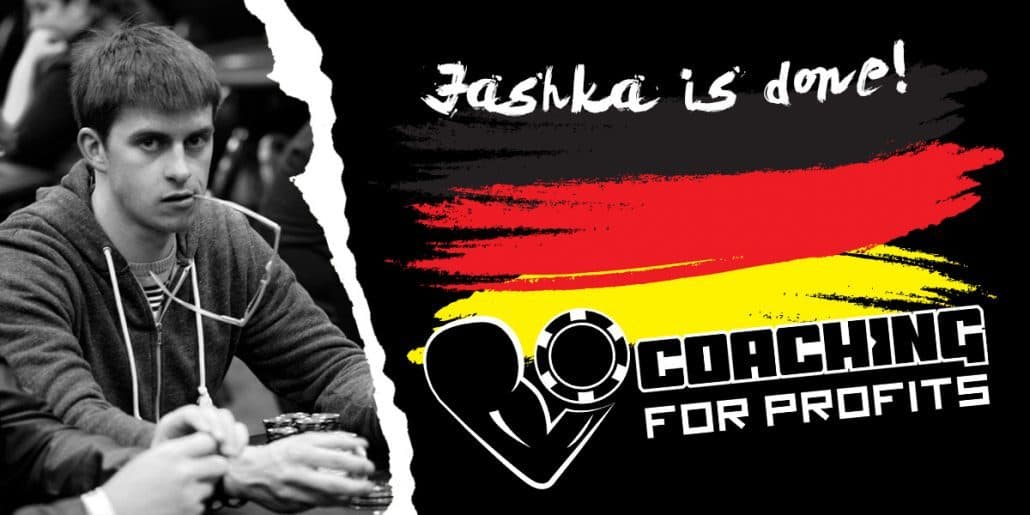 Jaschka discovered poker when he shipped a live MTT without knowing anything about the game — talk about beginner’s luck! After that, he was hooked and started playing online in addition to the local card rooms. But eventually, his luck ran out and he hit a wall, especially when it came to cash games.

My [biggest] problem was that I never studied the game. I just played and had a lot of ups and downs! I shipped some small MTTs on FullTilt but lost quite a bit of that money at the cash game tables, I was a fish!

In 2016, Jaschka lost quite a few buy-ins at NL20 and discovered that he also lacked the proper mindset to become the poker player he wanted to be.

I said that’s it! I discovered BPC via the blog of HansTheGreat and immediately joined the program!

Within just 8 weeks, Jaschka went from NL2 to NL20. Here are his graphs on his way to NL20.

At NL20, he experienced some variance but held steady and kept fighting!

In the end, it took Jaschka around 7 months to complete his CFP contract.

It took me way longer than I wanted (about 10 months) although I did not play for 3 months because I was traveling during the summer.

He credits BPC for completely turning his game around, especially his tilt and mindset issues.

My mental game improved and I got a lot better! My game is pretty solid now and I really understand what it takes to make money these days. My advice for anyone joining CFP would be to listen to your coaches and follow the system! Remember stop/loss rules, put in the volume and appreciate that you are in the position to become a successful poker player!

Jaschka now lives in beautiful Hamburg in Northern Germany, although he does hate the cold weather in the winter. Right now, he plans on playing on his own for a while, as he goes overseas this year to play some live MTTs and live cash games. When he returns, he wants to focus on playing higher stakes and says he would like to rejoin CFP to continue his poker education!