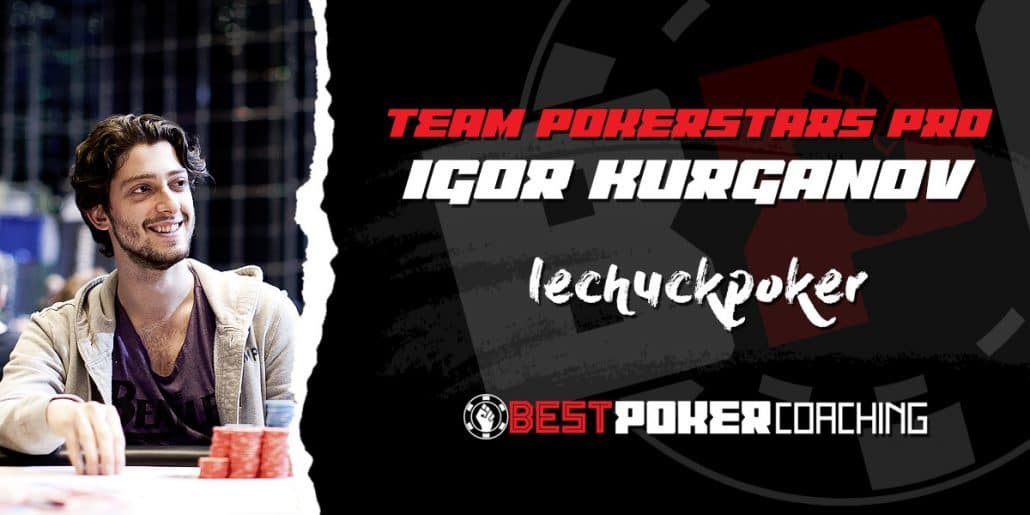 Before he joined PokerStars as a sponsored pro and started parading around with girlfriend Liv Boeree, Igor Kurganov wasn’t all that well known.  The reason for this is that he has never made a final table appearance in a WSOP or WPT event (until recently). Regardless, he’s one of the most talented players on the tournament circuit today, having been a staple in the world of high stakes live events.

In June 2017, Kurganov finally won his first WSOP bracelet with Liv Boeree in the $10,000 Tag Team No Limit Hold’em Event. The two topped a field of 102 teams to capture the title and a team payout of $273,964. Card Player TV caught up with them at their bracelet presentation ceremony to learn more about what it meant to finally capture their first WSOP titles, and to do it together.

With over $12 million in live tournament earnings and a slate of impressive online results, Kurganov is part of a select group of ultra high stakes players. While that group is small, they are vocal and have been immensely outspoken about the changes PokerStars made to their live and online offering in recent months. That, however, hasn’t conflicted with him wearing the PokerStars during live events.

Love or hate PokerStars, it’s going to be the major force in poker over the years to come and has been for the last years. What matters is the margin, if I can have any impact on the way in which poker develops. To achieve that, an involvement with PokerStars is simply the most impactful thing I can do. If I have no impact at all, well, then so be it. But if I have any, that’s great and I’m definitely happy to take that option and see where it goes.”

Igor is also heavily involved in the Raising for Effective Giving (REG) charity, which uses poker-like analysis to maximize the “expected value” of donations, ensuring they go where they will have the most impact. He regularly donates part of his income as well as significant portion he makes through PokerStars to charities that REG supports. If you want to learn more about REG, visit their website at www.reg-charity.org.

Even as a lesser-known pro, Kurganov has been a consistent winner in live tournament events. Kurganov’s first tournament was the 2010 PokerStars Caribbean Adventure where he finished 119th cashing for $20k. In April 2012, he won the EPT High Roller in Monte Carlo for $1.4 million. He also made three final tables in the 2013 Aussie Millions cashing for just shy of $1.5 million total. Kurganov also finished 6th in GuangDong Asia Millions cashing for over $1 million and later in the year played his first World Series of Poker event winning an additional $70k.

Kurganov will continue traveling the live circuit as a fully sponsored member of Team PokerStars Pro and has a clear commitment to making poker as enjoyable as can be.

It’s definitely something that I care very much about…. I’m not a big fan of the robotic-ness in poker. It’s a social game. For the most part, I like to sit there without headphones and just enjoy my time at the table. It should be a fun game, entertainment for all the people that play. I assume that people are now going to ask me more questions [now that I’m with PokerStars], so I’m probably going to be spending [even] more time talking at the table.”