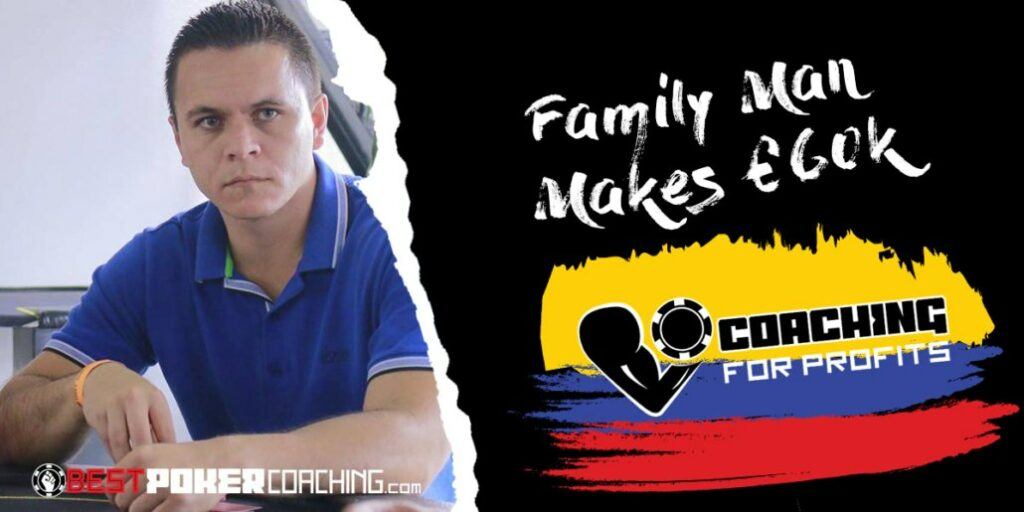 Poker’s not always the most family-friendly of careers. When you have to put food on the table for your spouse and your sproglets you have to keep up the consistency of income, not to mention school fees, shots, and keeping every growing tykes in clothes. Not always doesn’t always mean never though, as Darwin “Hucol”, one of BPC’s decidedly unbachelorish students, proved.

A Columbian father of two, with plenty of hustle, Darwin was already making money from online betting and an “online sales business”. He’d been playing a little poker here and there for a few years just as a casual outlet and was breaking even on the PokerStars’ spin’n’go tables for a while and enjoying the high concentration of recreational shoals in those waters.

Break-even is for hobbyists and with a background in online gambling to work with Darwin wanted better than that. So he began casting about for a solid place to do some poker learning.

“I have always looked at HU as a format where I wanted to succeed,” he wrote in the opening entry to his Best Poker Coaching blog. “When I saw the Coaching for profits program I thought: ‘This is what I am looking for’. And here I am, ready to begin my process and put my best on it. My goal is to make €60k in nine to twelve months at most.”

Nine to twelve is a bold schedule to pull down a bank managers salary, but Darwin had the definite advantage of coming from a gambling background with a pro’s bankroll behind him. 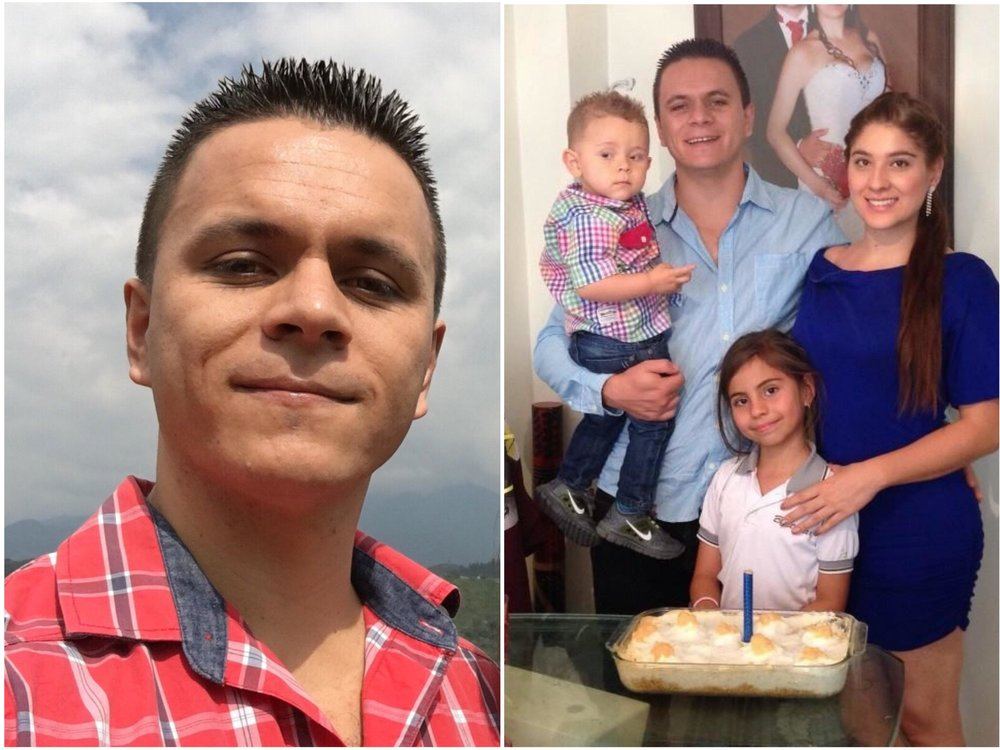 A lot of players like to take their time at first, feel their way into the course, absorb the material at their own pace. Others, like Hucol, like to knock back as much as they can in one long gasping draught. It took him just four days from sign up to finishing the heads up starter course and getting up to his wrists in the game putting all his new knowledge to the test at the $50NL heads-up tables.

Things started well with a nice winning session: three buy-ins up after a half dozen hands at each of the three tables he was playing. It seemed like an auspicious start for a student who came to the table with an appetite for fish.

And he seemed to find them. His first few weeks were pure profit, applying the BPC standard lines and a little bit of run good and Darwin made it look like poker was a walk in a park full of candy rich babies.

“Well guys, my fourth week has gone and it was a very good one,” he wrote, continuing: “In general I felt my game was better, my mind control was excellent, almost no tilting and I think I could put my best on most of the hands with a clear mind and good analyzing process; the coaching sessions have been excellent and I think they have helped me a lot to improve my game.”

Then again by week five or six, he was writing posts like this: “Not following standard lines can cost about 100-150 Euros per week and that is something I have to improve.”

This kind of ebb and flow is pretty typical, the student plugs their biggest leaks first and sees an improvement enjoys the high of sealing the leak and improved results, then spots new ones and feels like an idiot. The players who go on to win are the ones who learn from these moments, work with their coaches to caulk up their hulls and put out to sea again.

Darwin showed admirable control, balancing his home life responsibilities with the rigors of the Coaching For Profits programme. As with most things the best results come from hard work, and Darwin was willing to do it. Sometimes even when he seemed to find the process harder than many of our more stone-faced players: “Things didn´t go well, but had some terrible days at beginning […] the worst thing is that you go mentally broken on those moments, fortunately, most of the times I knew when to stop and I think this helped me to make losses not so big. No video for this week, today was also not a good day and I don´t feel well.”

Having that kind of heart isn’t always admired in the cutthroat world of poker, but pushing through it, feeling it, then moving through it deserves some applause. BPC can give you systems, strategy and training, but it’s the students that bring the heart.

After settling into a rhythm of playing poker, doing his homework, watching the coaching videos, doing his one-on-one sessions with BPC’s coaches, and going over his own and other’s hands in the forums, he began to feel the toll of working hard for so long and always with the knowledge that he had mouths to feed.

By August he’d got the intermediate level videos unlocked and was steaming his way through those. Along the way, he’d leveled up his bankroll and skill level enough to take a shot at $100NL by this point and was enjoying the increased profits that a bigger BB makes to your BB/100.

These skills he summed up in an interview as being: “the most important things BPC teaches you are: going the simple and effective way, focusing on results and not on BS theory, work hard every day for your objectives, and always try to improve a little bit more.”

But September turned out to be the cruelest month bringing with it a psychological wall. “Another week that goes by and the real profit is not here, just making baby money, he wrote. “It is my 3rd month in the program and I don´t see any real progress, despite the factor of becoming a break even player that maybe had a good run at the beginning. Now the time and effort I put in on this are not worth it.” If he’d stopped there that might be the last we’d have heard from Darwin.

But he didn’t. The very next line of his blog reads: “I will continue here fighting.”

Instead of giving up he took his mental game to his coach and they laid out a new plan, reassured Darwin that he was just running bad, and examined his mental game for tilt triggers. The results were like magic. The very next week he had his first properly profitable week since he signed up for the course; €553 in seven days.

It wasn’t the end of his struggle. But over the next couple of months, he ground his way out of the slump, still more or less breaking even around the €3k total profit mark. His €60,000 contract seemed a distant dream. But he set about making it a reality.

By October he began to feel the dividends of his determination paying off. His coach saw his game improving and suggested despite his inconsistency at $100NL to give $200NL a try.

“Inside me I was thinking “Are you crazy man?”,” he wrote. “I have not solid profit on NL100 and have to battle hard for winning on NL50 and this guy tells me to begin to play NL200, i didn´t say anything and listened to his recommendations.”

99% of the time moving up when breaking even is the wrong move. But a good coach knows when that 1% comes around. And for Darwin it paid off. “This was special for me because after that I think “this guy trusts on me more than myself.” I can’t come to next coaching and disappoint him, I would feel very bad.”

So he booted up his computer and changed the search filters in his poker room’s lobby. By the end of the week, he was up €884. The week after that he broke €1k for the first time.

It had taken him 6 months to complete the first 10% of his contract. The final 90% took him less than a year. Over the course of that year, he barely hit a speed bump, simply grinding out a profit month after month. Doing his 200 hr of poker, his training, and even picking up some coaching of newbies to help out the BPC poker community.

He even won a competition to represent Columbia in a brick and mortar game sponsored by PokerStars in New Jersey. 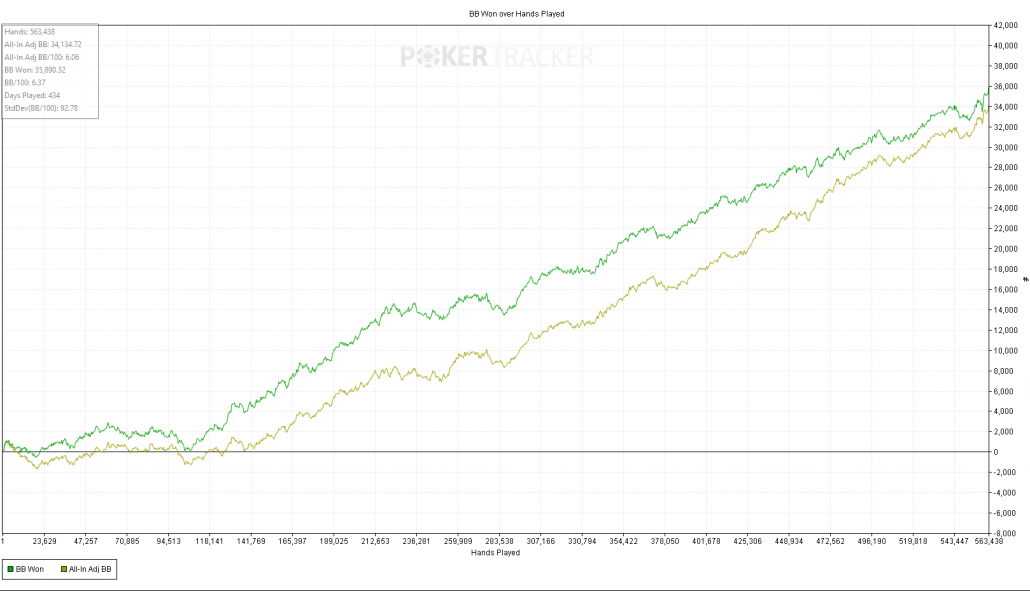 He signed up in June 2015, 1 year 5 months and 3 days later he completed his run with BPC finally hitting that €60k profit goal. He was crushing the 400NL games in his final months.

When asked about how far he’d come upon graduating he said, “Before joining, I almost didn’t know how to play poker. I was a complete newbie. Now I can live playing poker and I really enjoy it. I had less than 6 months of experience in poker when I joined and I didn’t have a single losing month in BPC. The reason I joined, was because Gordon said that he could turn any stupid player into a profitable player.”

What’s next for Darwin, apart from some quality time with the kids?

“Obviously, now I want to take the benefit of haven taken the program and enjoy all profits for myself.” Go for it, Darwin. You’ve earned it!

PrevPreviousWhy a Full-Time Job Can’t Keep A Player Down
NextThe Italian Job: From Micro to ProNext