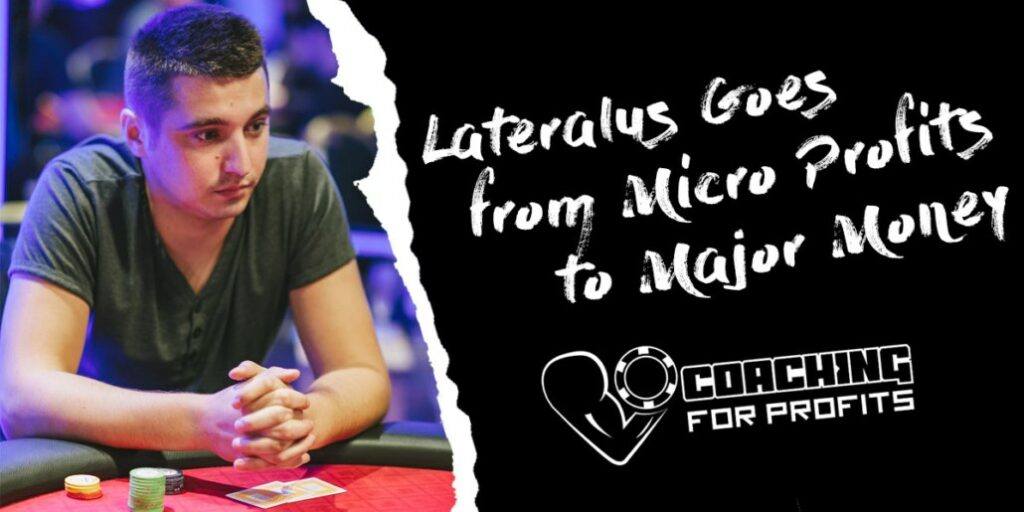 It wasn’t easy, but he got there. Alex “Lateralus” took one year, three months and 10 days to complete NL 6-max Crusher Coaching with €30,000 in profits.

The finish line came with some struggles: getting off track, disregarding some of his training, and learning to cope with occasional losses. But he stuck it out, adjusted his thinking about the game and put in plenty of hours. The hard work was well worth it in the end.

Before BPC, this 29-year-old Bosnian struggled with his online play. He had learned Texas Hold’em a year earlier, playing micro-stakes games and some freerolls. He had some success playing mostly 6max NL, but also mixed in some fixed limit, pot limit, and PLO.

While Laeralus won some money, the profits were small and admits he “donked some on tilt.” He needed something to keep him on track and to help turn those small profits into bigger winnings. 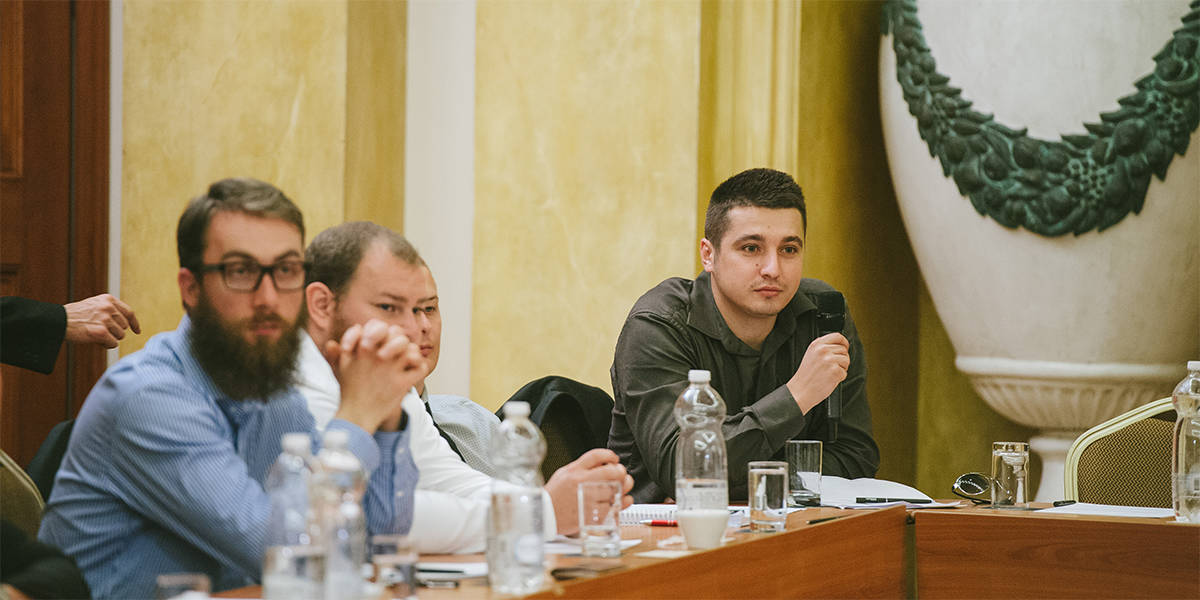 “I believe I can make it as poker player, that’s why I joined CFP program,” he wrote in his first blog entry. “My first goal is to finish micro CFP program, but I won’t not stop there.”

One thing he also found lacking was his approach to the game – he didn’t feel like he had the right mindset. He needed more confidence to make him realize that bigger profits were possible. His coaching and support from other BPC members would eventually change that as well.

The program didn’t start out as a rocket to big cash for Lateralus. There was a slow climb in profits, but even for the first two-thirds of the program he remained under the €10,000 mark. Lateralus stuck with the program and profits continued on a steady upward climb.

Even after a week of his studies, Lateralus noticed that he was reacting better to negative situations and realizing that not everything always goes perfectly in poker. Overcoming negative days is a big part of being successful.

“Done my preparing ritual and equity training,” he wrote in his blog. “Started playing and again – running really bad. Most importantly I didn’t get tilted and took the coolers okay.”

That’s part of the progress, adjusting to negative days and then coming back to reap profits. September of 2016 proved to be a pivotal month. The profits began to come, but Lateralus began to realize how close he was to breaking through to even more positive returns. He began to see that even more was possible. 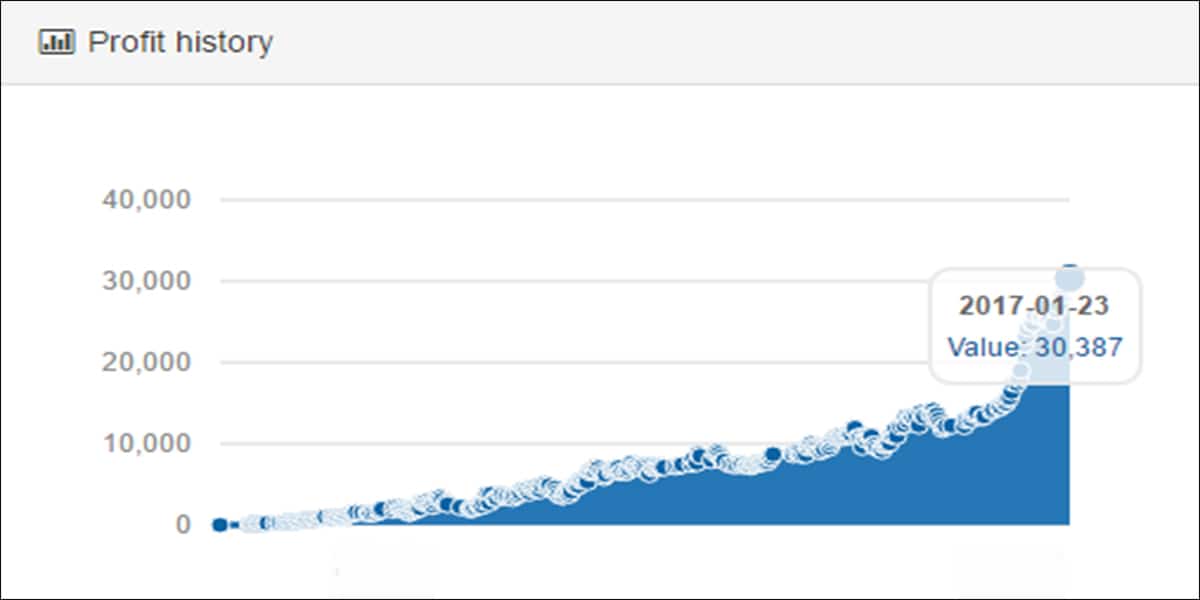 By this time, Lateralus had achieved his goals of putting in more hours of play and study to get where he wanted to be. He also had a sense of satisfaction that his training and study was having good results.

“Overall September was pretty much a disappointing month,” he wrote in his blog. “Yes I profited €2,100, but after reviewing hands I see it could be easily have been a €5,000-plus month since I had bunch of mistakes. However, I am satisfied because it was a record month with both hands and hours played so far. I also had a day with 16 hours of grinding.”

Near the end of his program, Lateralus really seemed to hit his stride and put all that coaching and training together. A full 50 percent of his winnings came in less than a two-month time period right before finishing in January 2017.

He admits that he got off track a bit here and there, but ultimately used what he had been taught to succeed. What changed to move him to that point?

“I can easily say that the biggest influence was the Poker Camp in Malta,” he says. “As soon as I was able to put in enough hours at the tables, it just happened. I believe I picked up winning attitude and mindset.”

Near the end of his program, Lateralus had come so far as evidenced by his finish in December. After about 52,000 hands and 135 hours at the tables, he finished his record month with profits of €11,208. Overall, he was pleased with his play and how things really came together.

“I took a shot at NL200 that month,” he said. “I obviously ran good, but I was also playing solid and had decent table selecting.” 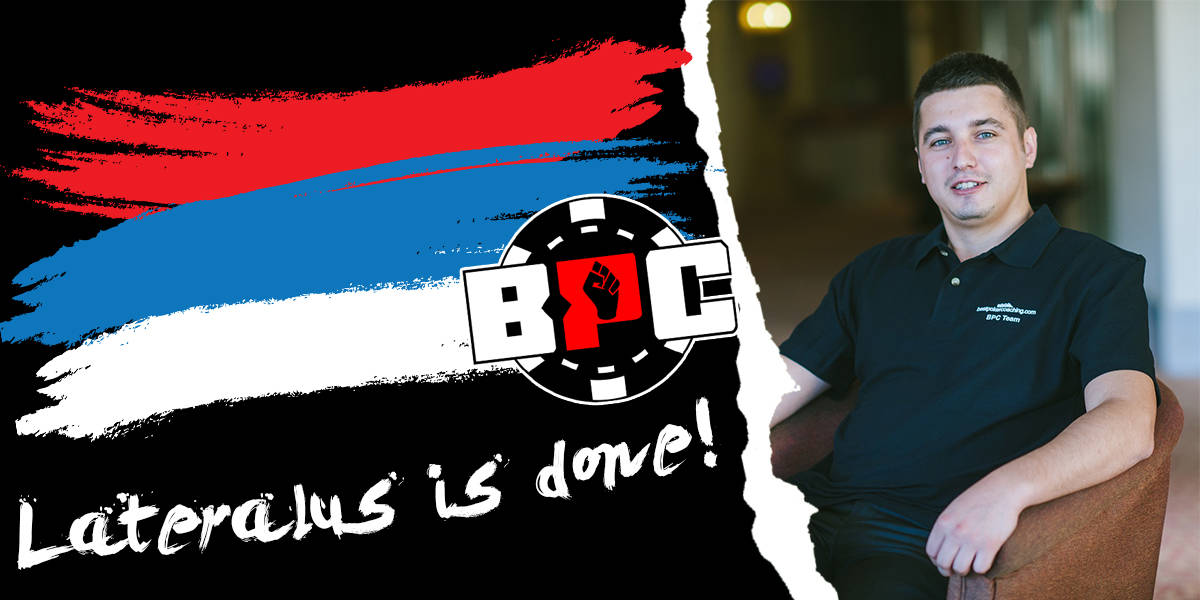 As members of the BPC community encouraged him and congratulated him on the huge month, one students noted that he thought Lateralus had won a nice tournament after such a big finish. After completing his program in January 2017, this Bosnian card crusher was ready to celebrate.

“Woohoo! Thanks everyone!” he posted to his blog. “Beers are on me when I see you guys on next BPC meeting.”

What are some of the most important things he learned throughout the experience?

“The most important thing I learned while in CFP was obviously winning poker strategy, and how to make the best possible decision based on the available information and reads,” he says. “My mindset is a lot stronger now as well.”

After such a huge run through the program, Lateralus has become an important part of the BPC community as a coach. He aims to help others learn from some of the positive plays as well as from some of the mistakes he’s made along the way.

So far things have been going well, and Lateralus finds that the relationship with his students is also good for his own game. He gains some new insight and continues higher-level thinking about poker, which always good. 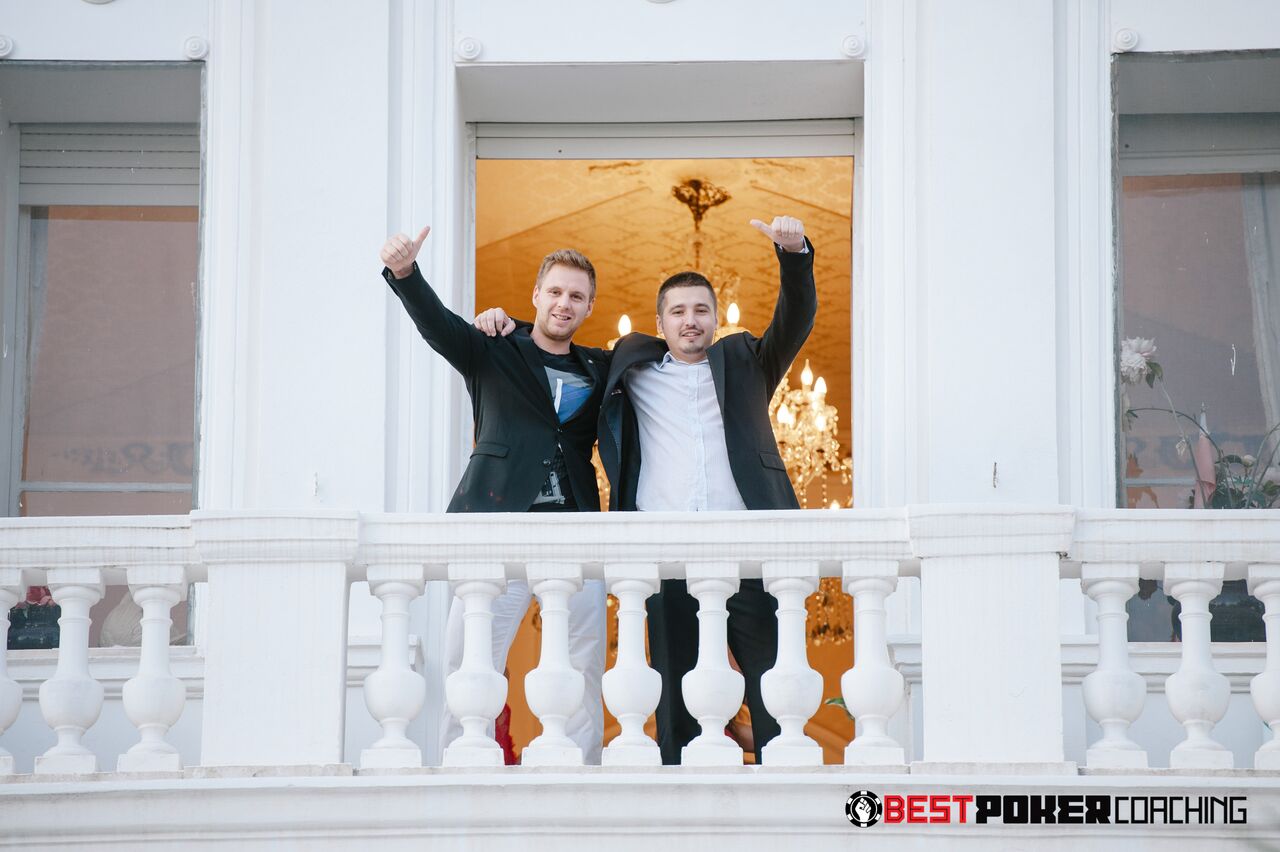 “Even though I am teaching students basic and beginner poker strategy, it helps me in my own game,” he says. “I observe spots deeper and in a different perspective. I’m also able to spot leaks better and faster now.”

After finishing the program and now as a regular winning player, Lateralus planned to do some traveling and of course more poker and coaching.

For students just starting the CFP program, he offers some advice on reaching goals and seeing concrete results. It won’t come easy, but stick with the program and follow what you’re being taught.

“Just listen and do what your coaches say,” he says. “Don’t think that you are smarter or that doing something else is better. Just shut up, listen and do it. Nothing else. It cost me a lot of time and money because I thought I knew better. If I had done things in the right way from the start, I would have finished the contract a lot sooner.”

What are his plans for the future at the poker tables? He says: “I am just going to continue with the grind and make as much money as possible and hopefully reach the highest stakes online.”