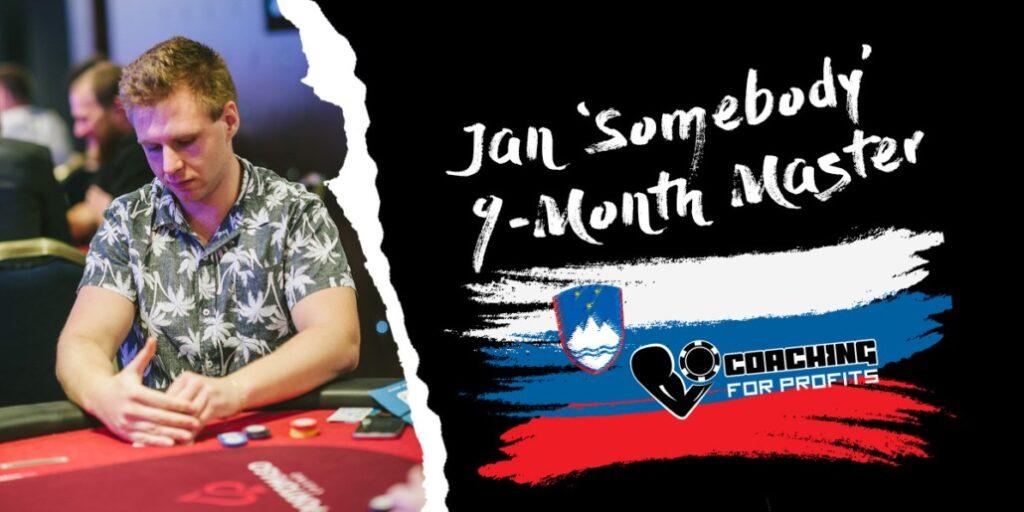 Jan “Somebody” Lakota is a graduate of the NLHU Soldier Coaching program with a proven track record of success. With a graph that rocketed up even from the beginning, this poker shark earned €60,000 in profits in only nine months and eight days as a student. His tale serves as an example to what other BPC students could achieve if they follow his lead – hard work and dedication.

He didn’t do it alone of course. Jan credits Gordon’s blunt approach with helping him turn his game around – calling him out for his shortcomings and making him better in the process.

“I had many coaching sessions with Gordon,” said Jan, who is originally from Slovenia. “He called me a lazy ass and so on. He was always direct and honest. A coach needs to do whatever he needs to do to get success from the student.”

Life at the tables had become a bit of a grind before BPC, and poker profits didn’t come easy. Jan got into poker by playing freerolls a few years ago, and found a bit of success to build a small bankroll. He then moved on and made some small deposits and averaged making about $500 monthly playing small-stakes SNG. 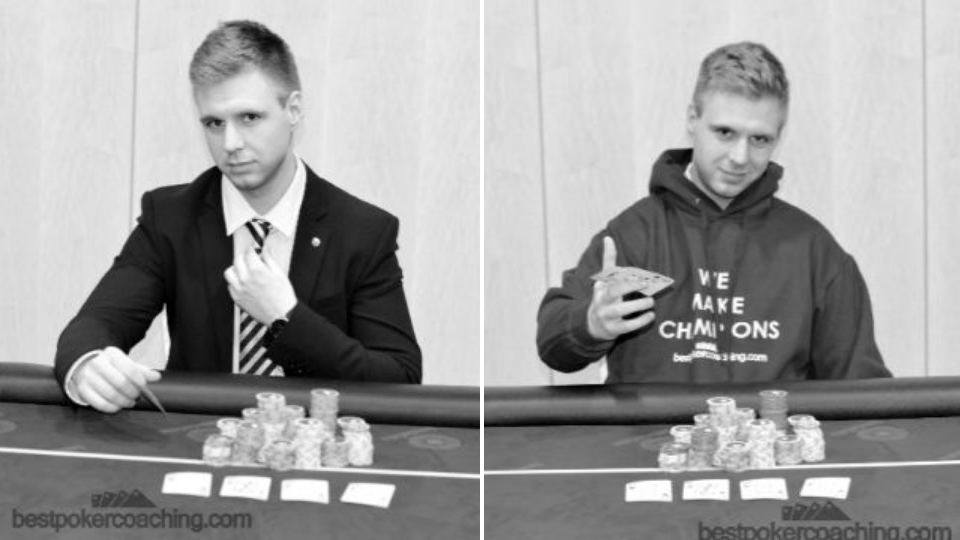 Prior to joining the Coaching for Profits program, however, the game was just a hobby. Those winnings were nice, but definitely not enough to earn a living full-time. He was stuck and looking for more. What motivated him to give BPC a shot?

“Because it would be stupid not to give it a try,” he said in his first blog post. He later added: “Meantime I was playing little HU SNGs for fun and i just saw how much value can you get from table selecting. BOOM! Decision was made and right now I mainly play HU SNGs.”

After being accepted into BPC in 2015, his heads-up game would only get better and there would indeed be more profits.

After joining the program, “Somebody” quickly found profits and he started winning real money. Like many of his fellow students, Jan got inspiration to grind harder after the 2015 poker seminar in Dubrovnik.

When he kicked off the program in January 2015, Jan’s graph moved up right from the beginning. By April, he had reached $10,000 in profits – far surpassing any of his play up until getting on board with BPC. 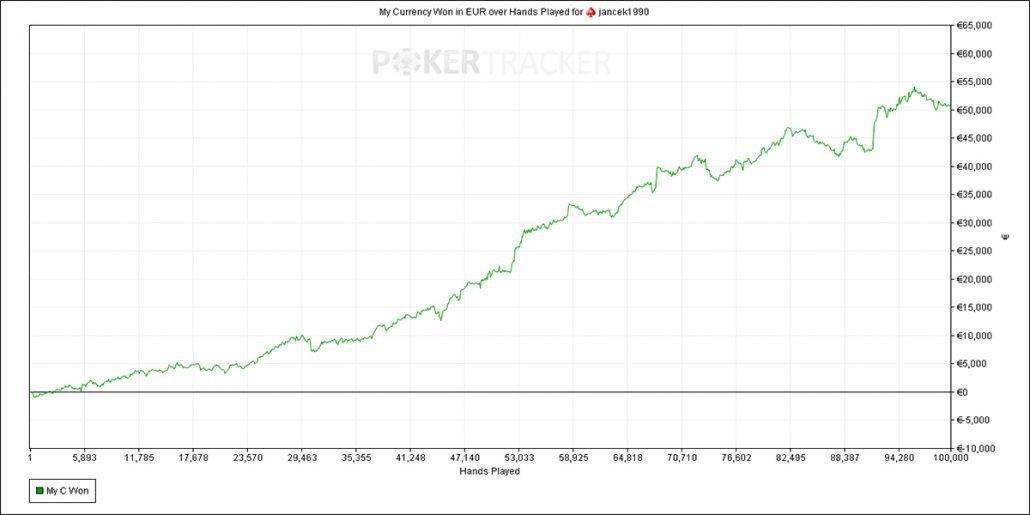 There were some occasional setbacks, which is always a possibility in poker. Early in the program, he posted this to his blog: “The biggest fish just went and took me for 30bb. Started playing with the most tight image ever and then after 30 minutes he was so tilting and opening 10x and c-betting huge … and started barreling all three streets with nothing.”

But Jan stuck with what he was learning from his coaches and stayed the course. In that same blog post, he reported that he remained patient and later busted the same player for 40 big blinds in only four minutes. The program meant adjusting to new situations and challenges. What was his biggest challenge?

“Probably just adapting to a new lifestyle,” he said. “Because I realized I needed to work more if I wanted to have higher results than average people. That meant I needed to cut some connections, some parties, meetings, and stuff like that.”

That hard work paid off throughout the program. His training was paying big dividends, and that success continued – with very few negative days. As the spring and summer rolled on, Jan showed no signs of slowing down. He hit three €10.000-plus months in a row to finish the CFP contract exactly nine months after beginning.

“If you desire something, you know what you need to do in order to get it,” he said.

If that run through his program wasn’t enough, the month after finishing Jan had a €20,000 month. It’s a story of hard work and tenacity – and a great example of what BPC can do for your game. He’s now been playing professionally for three years.

Looking back, Jan never sought too many tangible things. For him, just raising his status in life was important – and now he’s achieved that.

“When I was young, I visited a Maserati shop,” he said. “I wanted to have one, but not just because I wanted to have a Maserati or something like that. Just maybe more of the status [that goes with it] and the thinking that I am the one who can afford it.” 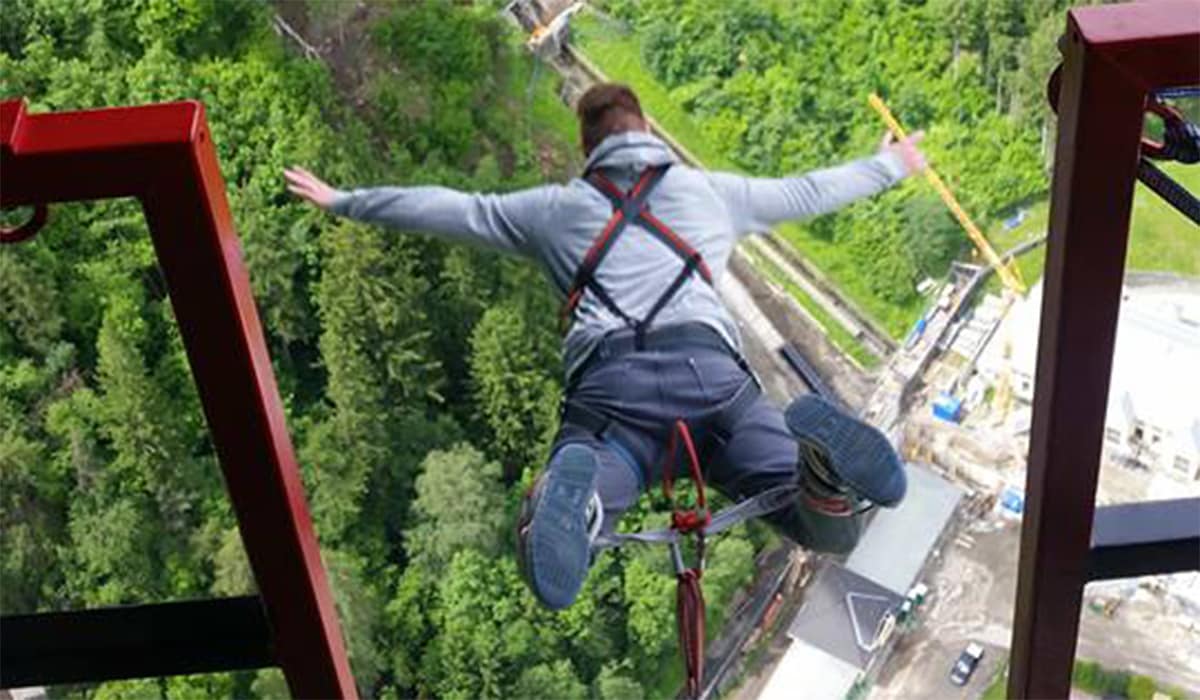 Now that he continues to make plenty of profits, Jan is able to have some of the finer things in life and has become a bit of a global traveler. Since graduating the program he’s visited New York, Rio de Janeiro, Ibiza, London, Thailand, and more. He also continues to manage his bankroll, invest, and look to the future.

Winning at the tables has brought him the status he desired and some of the perks in life.

“Somebody” is still crushing at the tables, but his attention has shifted a bit as he now coaches other players to work on their skills and hopefully achieve their goals too.

As he trains others, Jan sees a bit of himself in each of his students. He remembers those days of training and wanting more out of the game.

“Every time when I coach someone, I can associate him with my progress while I was in BPC,” he said. “It fills me with joy and happiness when I see how the guys are constantly improving and reaching their dreams like true bosses of their own life.”

Coaching has become a challenge, Jan says, and he certainly loves challenges. He is also the author of the Taking Notes course which has helped thousands of players improve their note-taking skills, which can definitely help at the tables.

When it comes to advice for some of his students, he remembers Godron’s direct and blunt approach in getting Jan to put in the hours, listen to coaches’ strategies, and self-reflection about how things are going. What should students always keep in mind?

“Stop fooling yourself and be more critical about yourself,” he says. “On each stage, there are some doubts, leaks, problems, or BS excuses! I try to do my best to help students surpass all obstacles and put them each time one level higher.”

So what about your own game? Have you hit a wall in your growth as a player? Maybe the profits aren’t where you’d like them to be or you’re looking to move up in stakes.

Whatever the case, BPC may be your answer. Like Jan, the program can help you be “Somebody” and learn how to crush at the tables. BPC is more than just training and coaching, it’s a community where players motivate each other, learn from each other, and become friends through amazing events like the upcoming Poker Camp in Marrakesh, Morocco.

Like Jan’s story, when you’re part of BPC things that didn’t seem possible become a reality. What are you waiting for? Get on board and start winning and raking in profits.

PrevPreviousLeandro – My story on the road to 30k Euro
NextCase Study: From a Losing Heads-Up Player to €11,467 Per MonthNext