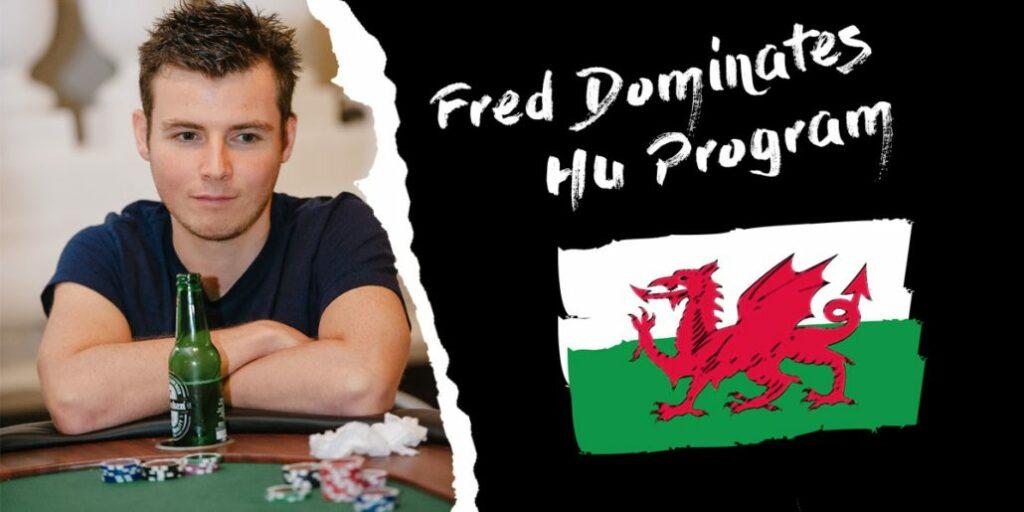 Scott Driscoll (also known as “Fred” online) knows what it’s like to grind and be patient. It took some time, but this 30-year-old player from the U.K. completed the NLHU Soldier Coaching program in 2017. He earned €60,000 in profits in two years and seven days as a BPC student.

Fred is now a coach in the HU Soldier program and helping others reach their goals. Looking back, Fred is thankful for what he he’s accomplished and those who helped him get there noting: “The best part is having great coaches and feeling the improvement come month after month.”

Fred has been playing poker for around 12 years, spending the nine years before he joined BPC playing Limit Hold’em on several sites. Like others, he wasn’t having the results he sought. Some extra motivation and strategies might be good for his game.

“I have come to the conclusion I need to learn a new game,” he wrote in his first blog post. “I’ve joined CFP because I feel like I need a push from someone. I feel like I don’t put enough hours in at the table these days, so hopefully that will get solved.”

Fred admitted he was “pretty rubbish” at no limit games and called bets too much. He knew to get anywhere in poker, he needed a coach.

“This feels like it can be a new start for me as 2015 is coming to an end,” he wrote in his blog. “So next year I can start afresh with learning NL and hopefully begin crushing the plebs!”

While he knew he had a long way to go, Fred was ready to get started and even posted a photo of his new exercise/poker room – perfect for staying in shape and mixing it up at the tables. He was ready to go. 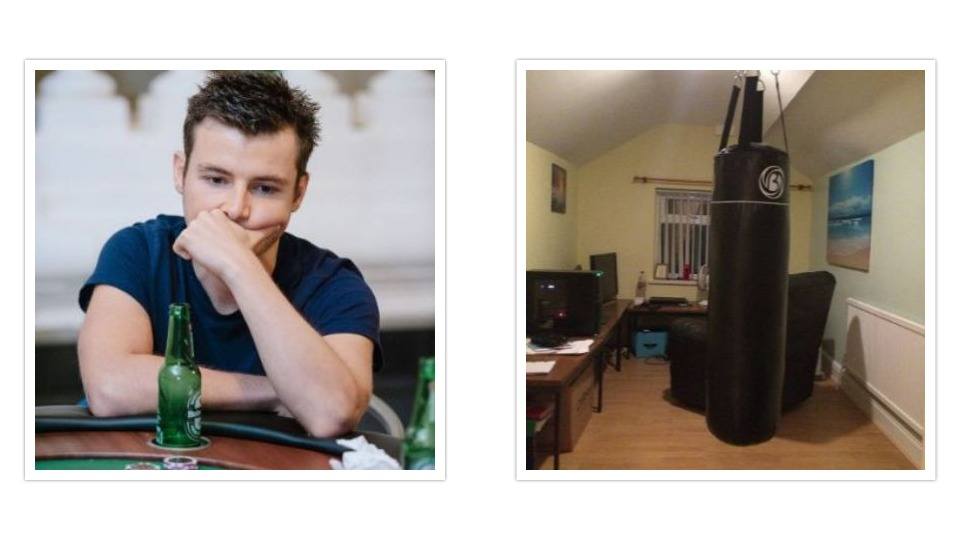 After steady growth throughout 2016 and 2017, Fred’s graph exploded in late-2017. It was as if all the information he had been taught came together at once. The rise occurred right after the 2017 Poker Camp in Cannes, France, and he credits the event as a major turning point in his success. What was a highlight?

“Meeting Gordon,” he says. “Before, he was just a guy who gave me advice about poker over videos. I hadn’t met him or knew anything about him. But after meeting him, everything changed. It was so much easier to accept everything he said. And it is not like I was doing the opposite of what he said before, but everything just became easy and simple for me.”

Life wasn’t always perfect during his big run however. In March of last year, he vented a few frustrations about some of his sessions at the tables.

“Overall, I’ve had some really swingy days,” Fred noted in his blog. “A man took €600 off me, and the he left. And that’s happened to me twice this week. I think I’m about break-even this week.” 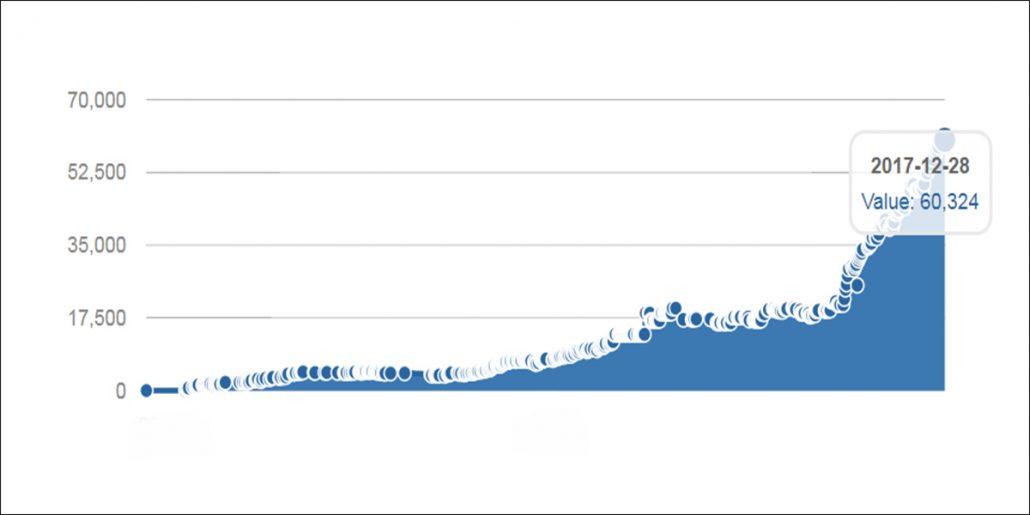 When he began with BPC, Fred was in the 6max program, but realized it wasn’t his best game. While he was successful at 6max, he made the switch to NLHU and moved his game into high gear.

“I don’t know why I decided 6max when I had played so much HU limit, but we all live and learn,” he says. “I got to the right place in the end.”

By late 2017, Fred completed four consecutive months of reaching the €10,000 mark – quite an impressive feat. His work and studies were paying big dividends and credits his success with his BPC coaches: “Each coach has taught me some poker logic but they also teach you other things outside of poker.”

After occasional setbacks and switching programs, Fred reached his goal of cmpleting the program on Dec. 28, 2017. It was a great feeling, he says, and gave him a real sense of accomplishment at accumulating a total of €60,324. What were some of the most important things he learned in the program? He offered some insight on how BPC not only changed his poker game, but his life habits in general.

“For poker, the logic to break down situations so you can come to the right decision even if you are unfamiliar with the situation,” he says. “For outside poker, discipline to do the right things every day, setting goals and looking at them frequently – and getting a huge work ethic instead of being a lazy ass.” 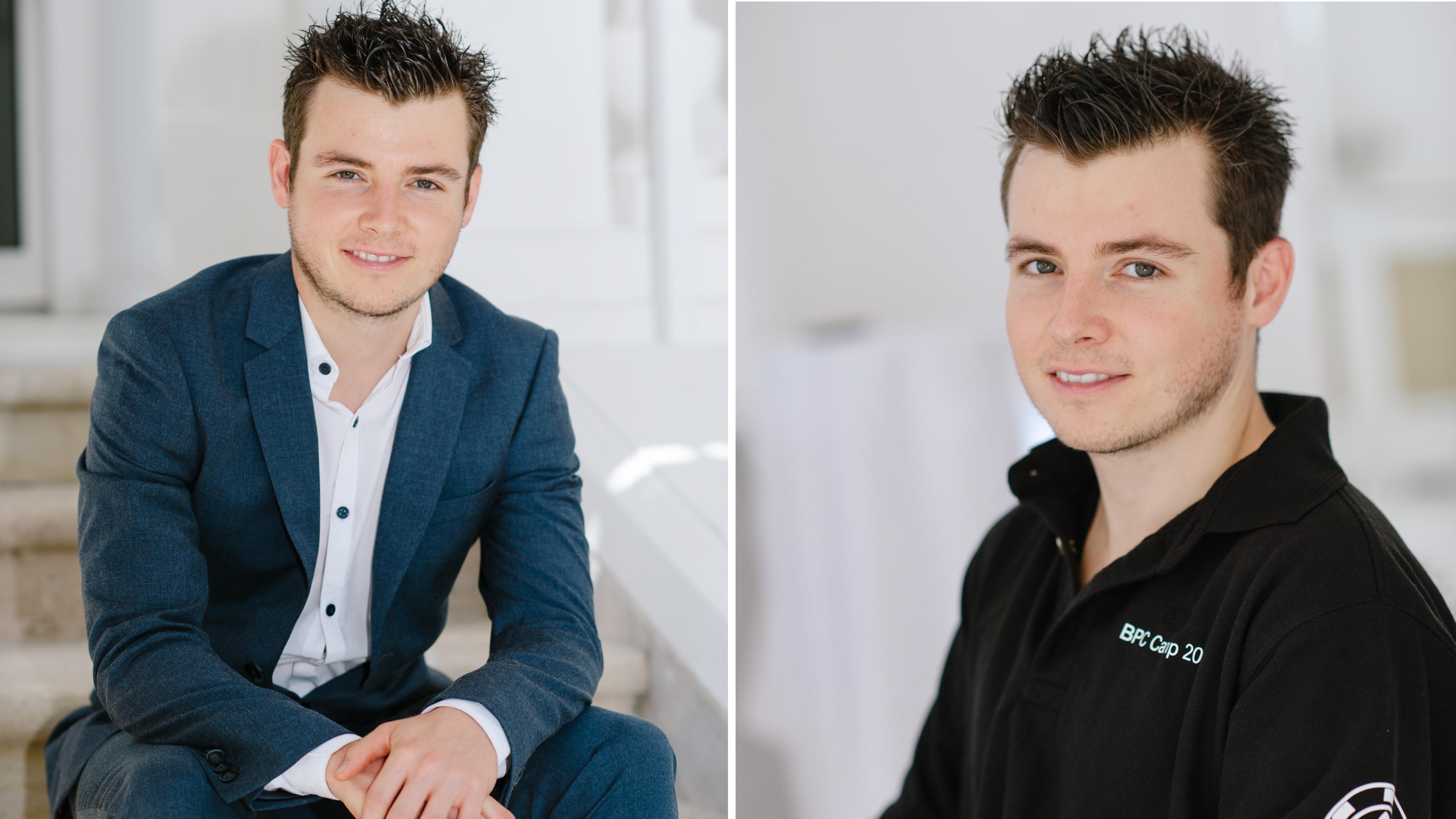 When becoming a BPT student, Fred advises others to take it seriously and realize that reaching those goals requires a major commitment.

“I think everybody who wants to finish as soon as possible should stop watching TV and stop playing video games and just focus on poker,” he says. “It will take over your life, but it’s better than giving only 50 or 70 percent, and at the end of the year being unhappy with your results. You can always do these things once you achieve your goals.”

The site has given him some traits that he feels he didn’t have before. Fred now has a normal routine, and a poker regimen that he follows to play at his best.

“The biggest difference is,” he says, “is that I have discipline in everything I do.”

As a HU master, this poker Jedi is now out to help other HU students. After his own journey, Fred now has a lot to offer others who may have been in his position. So far he is also learning himself through interactions with those he’s training.
“I have been enjoying coaching,” he says. “Sometimes students ask me questions which force me to think, ‘How can I to explain it in a clear and easily understandable way.’ And other times they ask me about a spot that I am unsure about, and it shows where I need to spend some time to improve my logic. I think this will also improve my game a lot over the next few months.”

Teaching enthusiastic students who want to get better has motivated him to teach them everything he’s learned, “So they can get to the €10,000 months also.”
Now that he’s finished his contract and taking on more students, what are some of Fred’s goals in poker and in life? He’s a man of action and has no plans to slow down.
“My future plans are to keep playing NLHU and see how close I can get to finishing my three-year and five-year goals sooner,” he says. “In life outside of poker, I will still do the same things. Every Monday evening I go salsa dancing. I think I’ll probably take a few vacations – and that’s about it.”

So what about your poker skills? Have you hit a wall in your growth as a player? Maybe the profits aren’t where you’d like them to be or you’re looking to move up in stakes.

Whatever the case, BPC may be your answer. Like Fred, the program can help you learn how to crush at the tables. BPC is more than just training and coaching, it’s a community where players motivate each other, learn from each other, and become friends through amazing events like the upcoming Poker Camp in Marrakesh, Morocco.

When you’re part of BPC things that didn’t seem possible become a reality. What are you waiting for? Get on board and start winning today.