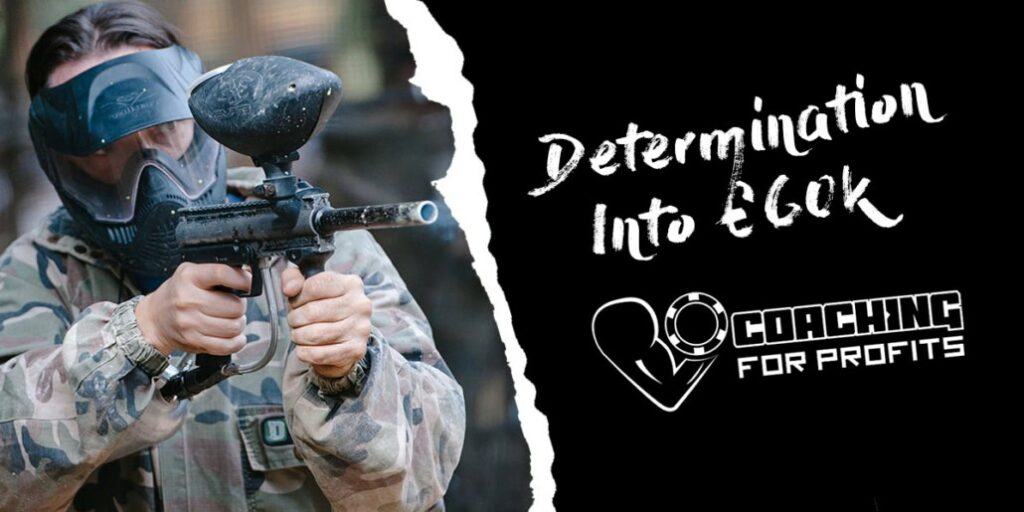 Janez joined the Best Poker Coaching heads up program back when it was still just called Coaching For Profits and you could pick any colour so long as it was heads up or 6-max. He applied, got picked up and stuck in, crushed his way to the end of his contracted €60,000 profits and then joined up on the other side as coach and ultimately chief operating officer.

But that is getting ahead of the story, cus Janez’ journey from nine-to-five mug to head-ups money magnet took a roundabout route. After finishing his bachelor’s degree he left his native Slovenia for the equally rain-harrowed United Kingdom where he picked up a masters degree in modern philosophy. That university book learning was to come in handy later.

In the wake of his graduation he took to a translation gig at a local TV station back in Ljubljana. The grind ground him until the day his station bought a season of the PartyPoker Premier League. Needing the show translated for their audience they gave the tapes to Janez, and Janez not wanting to look like a total fool went out and bought himself a few books on the game including Harrington’s uber-opus.

He had the bug. After booted up his laptop to get a little practical experience playing sit’n’gos for a few bucks here and there it became pretty clear that there was more cash on the table for the players than the translators and he shifted his career focus.

It was towards the end of 2014 that Janez felt he needed something new in his life.

He’d put in a serious stint at poker. Several months passed with real time and effort sunk into online play and no sign of real improvement.

“I was not satisfied with where I was in life and poker, and decided to take up a challenge. I averaged around two-thousand euros per month,” he told High-Stakes Database in an interview. “But there was this moment when I asked myself, “Is this all you can do?” I was always watching a lot of poker videos and reading poker books, and I felt frustrated that with all this theoretical knowledge, I can’t make more money in practice. I felt I had to change something…”

With that €2k/month result he was prime material for Gordon’s then fledgling BPC Heads Up Soldier programme. A smart guy, with a proven track record of putting in the time. All he needed was the right mentor. He found that here.

To BPC and Beyond

Janez’ coaching for profit contract started in September of 2014. He came to the game with some confidence as a $50NL player and that was where he started the programme. He was living in Ljubljana with his girlfriend Ella and their tomato plants but he was readying himself for change.

Not just changing up his poker game, but changing his country of residence. The political situation was farcical, the weather miserable, and his tomato plants weren’t doing particularly well either. So he and she upped sticks, moving to Malta and leaving the land of his birth behind.

Expatriating himself in the middle of taking on a commitment to serious study and consistent play may not have been the best idea but Janez made it work. From his early blogs here at BPC:

“Ok, the first week of my challenge/coaching program is coming to an end. Looking back, it was a very intensive week. There was a lot of changes in the way I approach playing poker, from technical and organizational stuff, playing hours, monitoring productivity, etc. A lot of energy, time and focus went into things like posting and commenting on hands on the forum daily, even writing blogs, recording videos with camtasia, dealing with new poker rooms with different software, setting up cash flows to the rooms and so on. Many little new things, which add up and take a lot of time in the end.”

And all that while hunting up a new flat and working out where he could buy locally sourced vegetables.

Despite Moving to Malta over the first few months of his journey so he was still putting in the minimum of 35 hours while he dealt with the move, posting regular equity exercises to his blog and reaping the rewards that focus gives you.

8 weeks in and he made the move to drop $50NL from his roster, moving up and taking on the higher stakes more consistently. By December 2014 he was already taking shots at $400NL. His blog posts from this period showed his introspection and self-analysis:

“Made a couple of BI there [at 400NL], so it looks I won’t be dropping back down, at least not anytime soon. In general, I feel I have quite a conservative style, and once I make a couple of BI it’s gonna be hard for people to take them away again. I don’t make big calls, and I’m almost never going AI, so I’m more about “slow and steady wins the race”. Maybe it’s just variance and I’m just not getting setups against the right opponents, I don’t know. It feels like I was going AI pre-BPC much more often.”

After feeling stagnant at €2k/month, in November he raked in €6k and taking shots at the $400NL games. He stuck at $400NL and finished December with a profit of €7.5k.

His graph had started tilting upwards and never seemed to stop. He was rocketing up through the stakes.

Along the way he learned a few life lessons. Like: “The thing is, you can’t just add a few new plays and think, ok, that’s it, I got a few new tricks, let’s go. When you start doing that, you get into a lot of unknown situations, and can do some really weird stuff, which later you wonder about what the hell was going on. When you start changing things, the whole construction of your game, so to speak, shifts, and adapts. If you’re not expecting that, you’re in for a ride, and even if you are expecting it, it will still surprise you.”

It also became clear that he had the ability to learn about poker while doing just about anything. Having relocated to an island he took up sailing as a hobby. From his BPC blog, it sounded like he learned more about his approach to poker than about that cruel mistress: the sea.

“Don’t try to race, if you can barely turn the boat,” he wrote. “Of course, you can’t help it, it’s so much fun and before you know it, you stack off… I mean, capsize. I took a few swims, capsizing the boat 3 times, but in the end, it was great stuff, and a good start to my sailing days.”

This way of thinking, drawing ideas from one place to illuminate or illustrate another is one of the things that makes Janez such a good coach, and it helped to make him a great player back then.

Under the tutelage of Rovar, he continued to make strides. His youtube videos became class favourites for their idiosyncratic style.

His proudest moment came 10 months and 18 days after he first picked up his pen and signed that contract. That was the day he hit his €60,000 profit margin and became a completely free agent again.