“My ambition is to move up and up, until I reach a point where I’m also banging out those $10k+ months.” 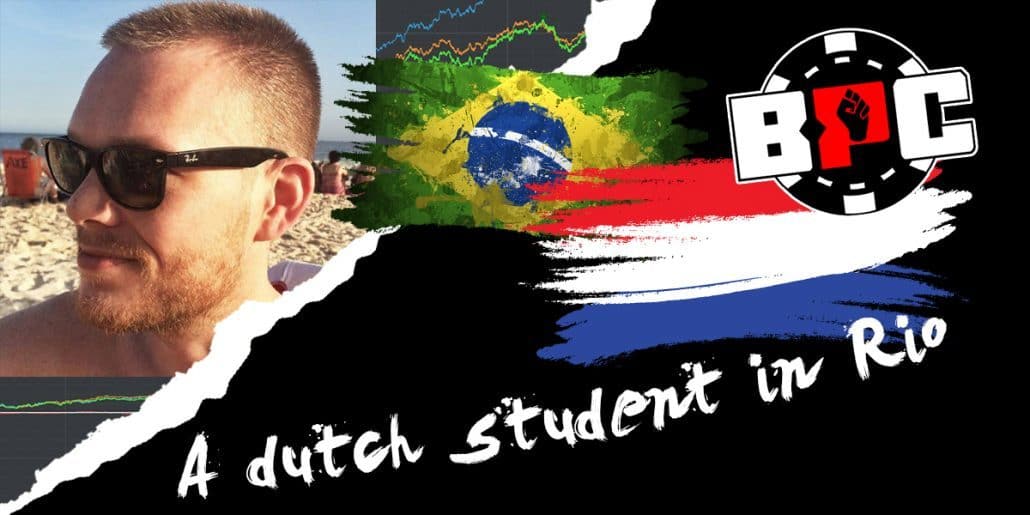 Meet John “jaybee1982”, a student in our 6-max Crusher coaching for profits program, who plays poker in his apartment at the beach in Rio. He has all reasons to enjoy the time at the beach after successfully grinding at the tables.

How did you get in touch with poker and what made you decide to start playing?
I started playing poker at the time of the poker boom, probably 2005/2006. At first, I only played at home and in bars with friends and I knew some guys that were playing online, so I decided to give it a try.
I mostly played one table SNGs, but didn’t really knew what I was doing. I then found some articles online and read some books on SNGs and started doing really well.
After a while, my main site was Full Tilt where I managed to build a nice roll. After the Black Friday all my money was frozen. I didn’t play for a while but later decided to deposit on PokerStars and that’s when things really got going.
After a while, I was basically semi-professionally playing the 180-man SNGs on Stars, and making some decent money. Nothing crazy, but I easily made as much as my friends were making in their regular jobs, and only in about half the time.
Things changed when I moved abroad, got married and had to provide for myself through poker. It didn’t work out, and after a few breakeven months, I decided to cash out my roll for real life stuff and get a job.
The poker bug never completely left me, though, and when I discovered I still had a lot of points on Stars, I managed to bink some small tournaments and SnGs which gave me a roll to start trying my hand at cash games, beginning at the lowest level of NL2, about two years ago.
When did you join our Coaching for Profits program at BPC?
I first joined the BPC forums about two years ago. Because if I was going to start playing cash games I needed a strong basic game plan.
Reading through some of the blogs of the guys on Pokerstrategy.com I discovered BPC. The main one by was from HansTheGreat, which was just amazing. In the meanwhile found the NOBS 6-max preflop charts online and started grinding.
I quickly moved through the stakes but then ran into a road block at NL25, and had to move back down, all the way to NL5 eventually.

Moved back up again, but still wasn’t able to beat NL25. I applied for the Coaching For Profits program in 2014, when requirements were much more strict, you had to play for a minimum of 50 hours a week for example, which would have been a stretch for me with the job I had.

Anyway, to show that you really had it in you, you had to prove yourself by playing 100k hands in three weeks.
After a lot of timing out due to software problems I decided to give up when I was about 60% through, because it just wasn’t doable for me this way.
I then decide to just stick with NL10 for the time being, trying to make a couple of hundred dollars every month just as a hobby, until I found out that the CFP program now accepted players who may have a little less time to grind, but were serious about improving their game.
That was a change I couldn’t let go, so I grinded up a roll at NL10 and applied for the 6 Max Crusher Program. 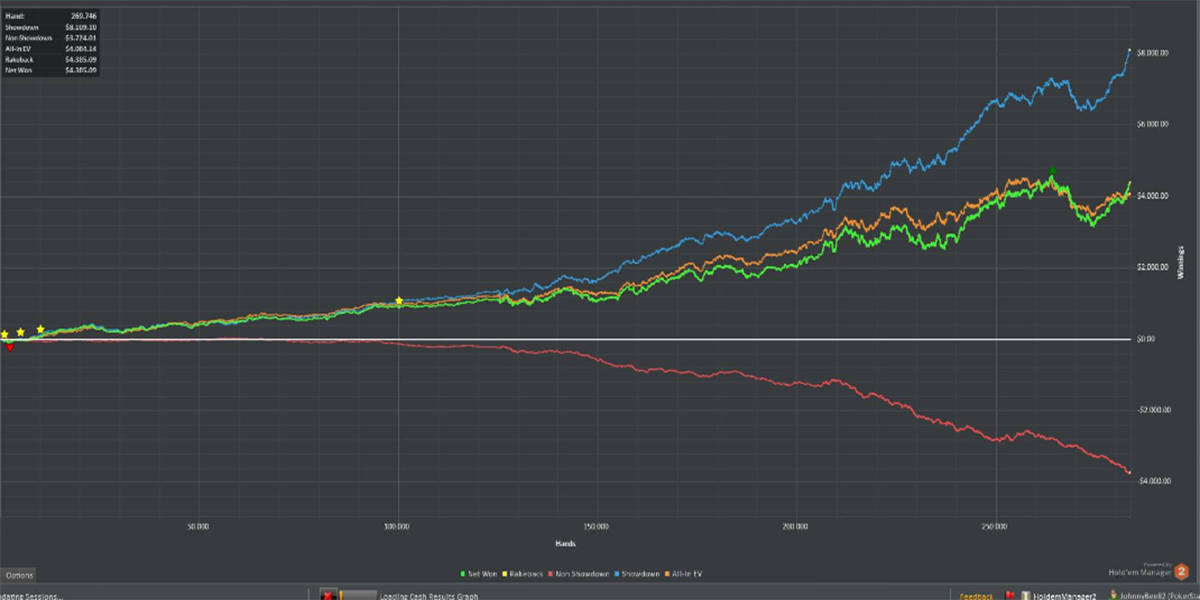 How did BPC help you to improve your game?
As I had seen from just following the NOBS 6-max preflop charts and standard lines at the micro stakes, BPC knew what they were talking about.
But it really became interesting at NL25 and NL50, which is the stake I’m currently playing. The advanced program goes a lot deeper into the game, and it has helped me a lot.
Concepts like turning a made hand into a bluff, almost always betting versus missed cbets and a better understanding of opponents’ ranges greatly improved my game.
You live in Brazil, right? How come that you moved there from the Netherlands and how is it to live there and what do you like very much about it?
I’m from Holland, where I lived in a small town called Lutjebroek. When I say small, I really mean small, I guess there are about 3,000 people who live there.
It’s one of those towns where everybody knows each other. I had a great childhood, and have a lot of friends there since I was young. 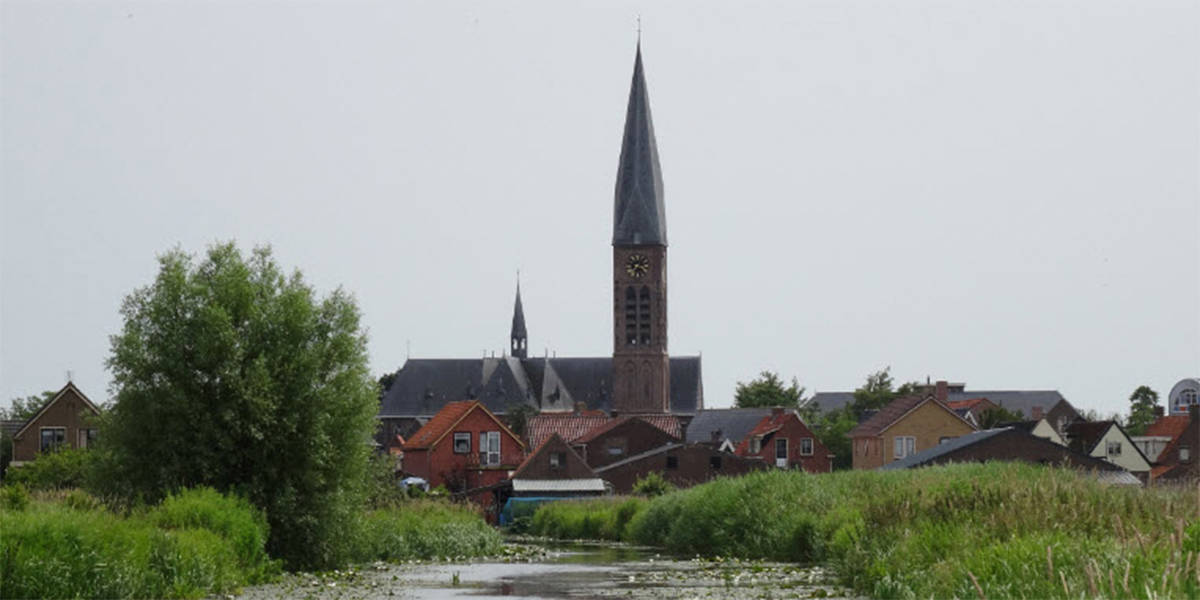 After finishing college in 2008,  I decided to travel for six months. I went to Rio de Janeiro and ended up staying there for the entirety of my trip.
I just loved the city, the people, the beaches, the weather, and when you stay in a place for a longer time, especially when you are by yourself, you really start feeling connected to it.  So when I got back to Holland the thought of returning to Rio one day never left my head.
I went back for another six months in 2012, and this was when I met the girl who I’m now married to, at a family barbecue of one of my Brazilian friends. We stayed together for the time I was there, and then she later came to visit me in Holland.
In 2013 I decided to go for it and really make the move to Rio. We got married and we are living in a great location, just one minute from Copacabana beach. Life is really good here, though it can be expensive, Rio is not a cheap city. 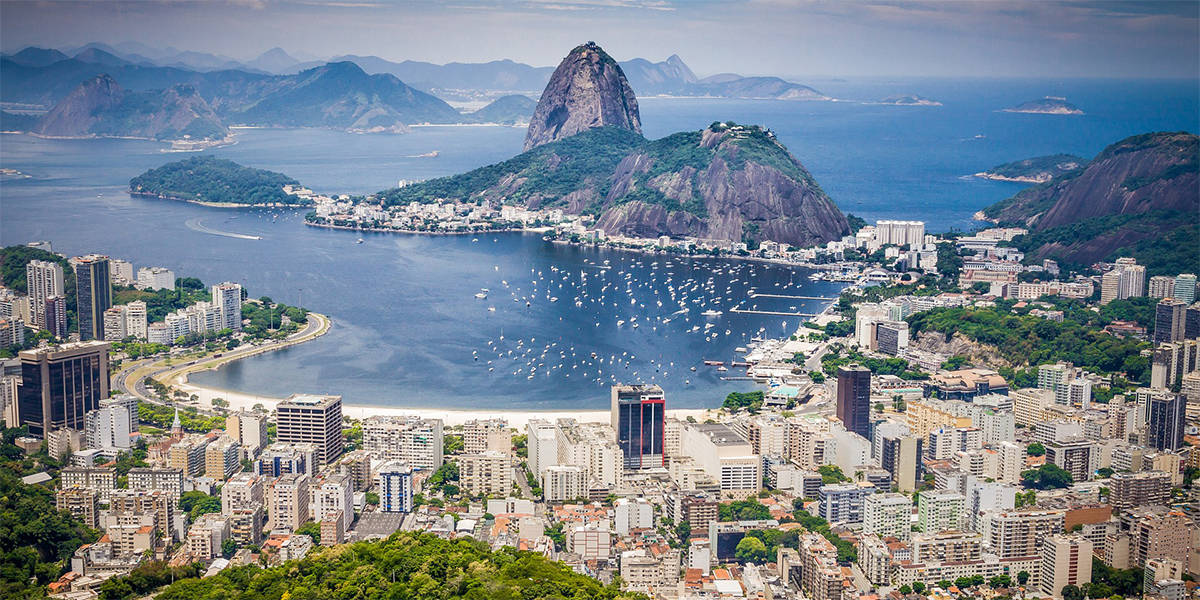 What gives you the motivation to get back to the tables every day?
My motivation is to improve myself every day. I never get tired of winning, and even through my recent bad run I don’t want to stop playing, although it is frustrating when you lose five days in a row.
My ambition is to move up until I reach a point where I’m also banging out those $10k+ months. Last month I was in the top 5 for the Crushers Program for the first time, which was a nice boost to my self-esteem. Even though it might be a little difficult to do the same thing again this month with the downswing I had, my plan is to get up there every month from now on.
Ultimately my dream is to buy a nice apartment here in Rio, although with prices being the way they are, this may take a while. No rush, though, I’m living quite comfortably already. 😀
Can you recall a special moment or hand in poker, which was memorable for you?
There have been a lot of small revelations that made me understand the game better.
One of them was when I watched a video of BPC coach w34z3l where he cbet OOP on a really dry board, let’s say K72rb, and he didn’t have anything.
He got raised but then explained that the villain wasn’t really representing anything on this board and reraised him. Of course, villain folded.
Before that, I never really thought about those spots and would’ve auto-folded. Now I use it all the time, and it almost always works. If you follow the program you will find many small things like that which, all put together, really improve your game a lot.
Any tips for motivation for your fellow grinders?
My tip to my fellow grinders is to go through to the units, make the videos, do the homework, and you’ll see that your results get better.
This community is a great way of improving and helping each other along the way. Just last week I met up with fellow BPC member jaschka here in Rio. We talked a lot about poker, life and even played some sessions together, which was really nice.
For some reason, we both ran like shit and things only started improving after he left, it was as if we had flipped on each other’s doomswitch.
It was great, though, I got a new friend and it shows you this community is not just about winning money by clicking buttons, being locked up in your room.
Remember to always have fun and set goals. Good luck to everyone, and if any of you are ever in Rio, send me a PM so we can grab a beer together! 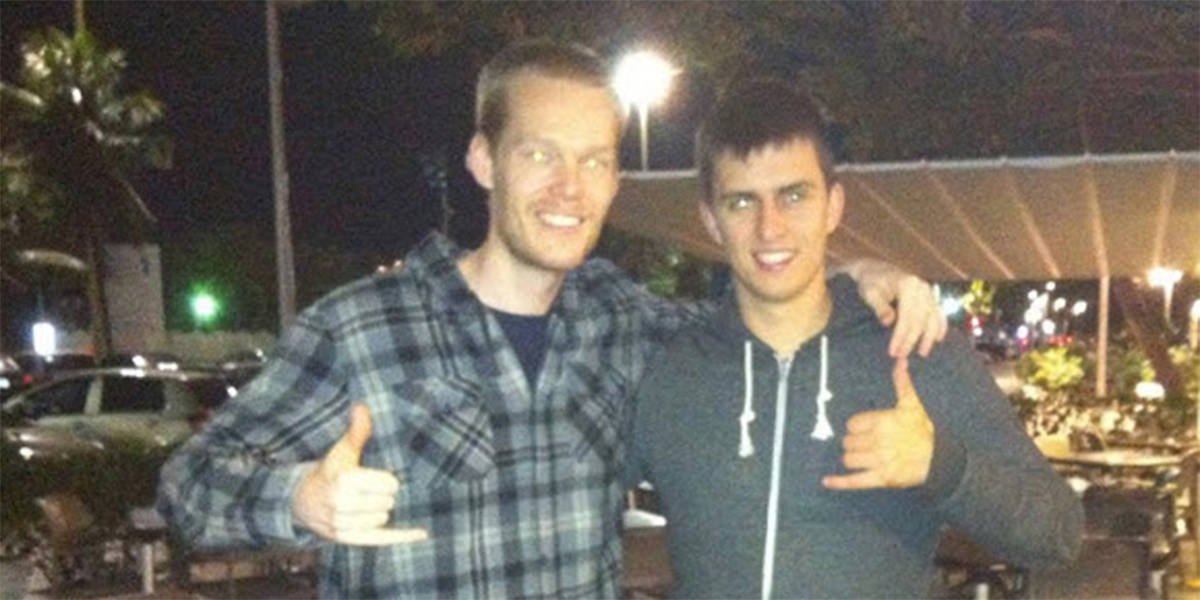