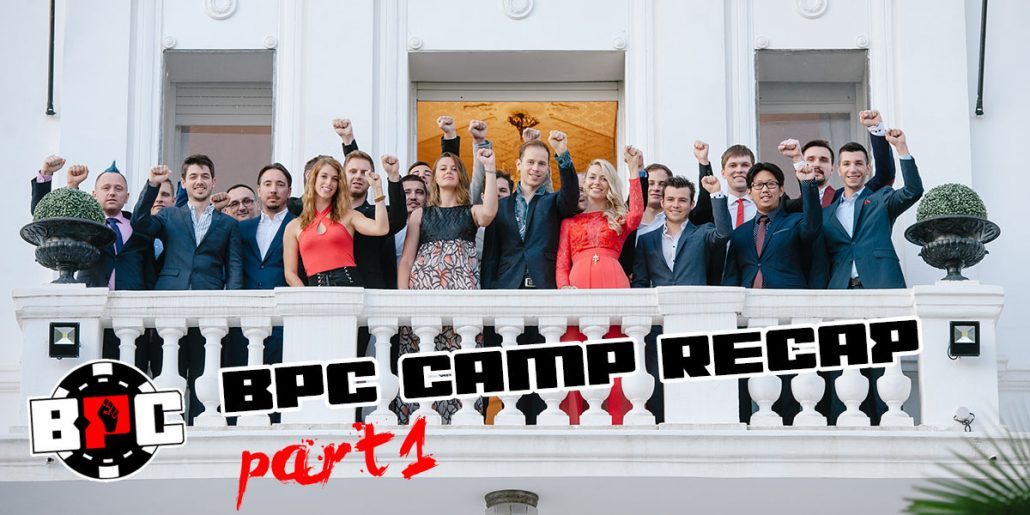 If you knew about BPC camp in Cannes but didn’t join it anyway, then don’t read this recap and don’t watch pictures from it. Otherwise, you will hate yourself till the rest of your life. And even if from now you will not skip any BPC event, in last years of your life lying on your deathbed, there will be one thing that you be asking God to forgive you. You didn’t join BPC camp 2017 in Cannes! You will regret so much if you learn what fantastic days we had in Cannes. 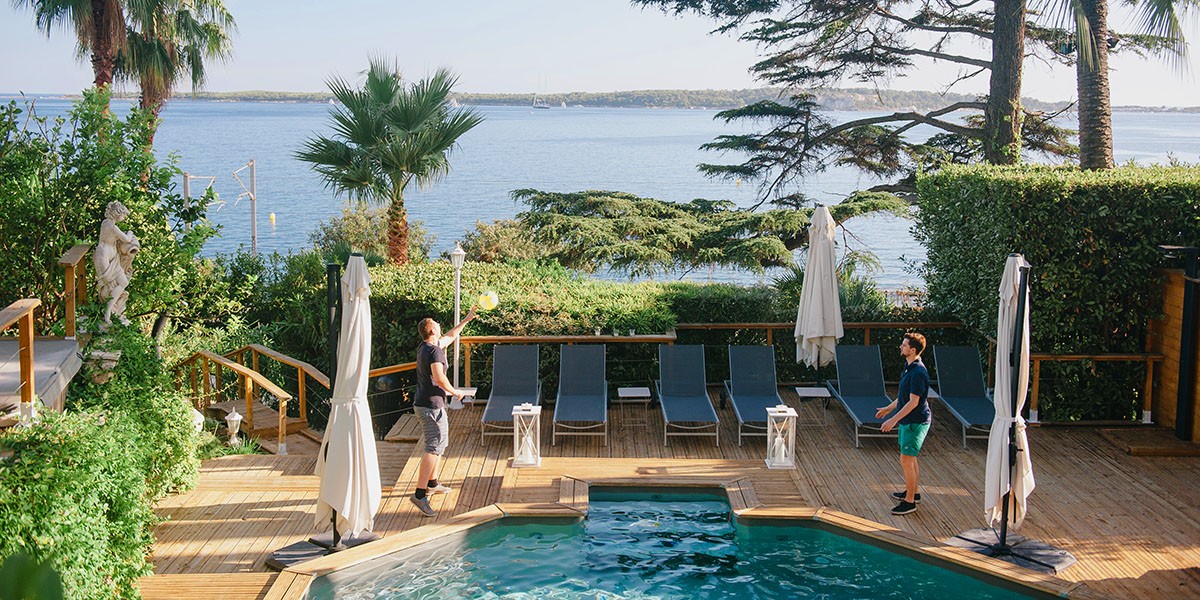 I’m not gonna spend my and your time describing how stunning Cannes is. Journalists, that had written thousands of tour guides did it for me. I just summarize that French Riviera can blow your mind even if you are an experienced traveler. Sea is crystal clear, landscapes are picturesque, food is delicious, service is great, girls are hot and friendly. Actually, I have a witness for that. Our photographer Konstantin Puhov stayed not in the villa and walked from it to his apartment very late every night. So he said, that on the street he was walking there were young beautiful women placed every 20 meters. Each of them was greeting him as they were good friends for years and inviting to her home. Isn’t it the best proof that French people are the most hospitable in the world? But let’s get back to the event. 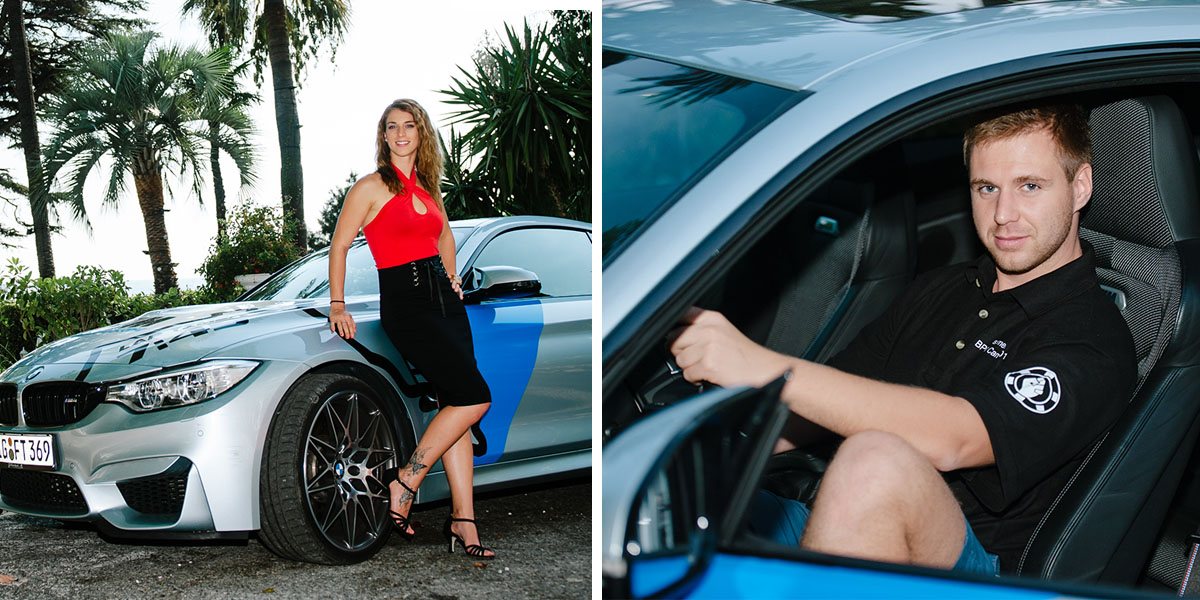 Tina and Jan are posing in front of their cool car

In the noon of the arrival day, Jan “somebody” texted a warning message. There was car crash on the French-Italian border, all road was blocked and he and his girlfriend Tina were stuck in traffic, and they believed that will not arrive at the villa on time. They arrived the first, ahead of time. There were some gossips, that that message of the blocked road was actually fake, Jan just wanted to highlight one more time that he had a cool car that goes very fast.

16.00 was the official check-in time so people were arriving and the White House Cannes and its spacious groomed territory got filled with exclamations and admiration: “Jesus Christ, what a luxury interior!” “Mighty Allah, what a beautiful garden!” “Holy cow, there is even a jacuzzi!” Yes, BPC is international. While BPC guests were enjoying their stay, some real workers had to maximize their enjoyment. 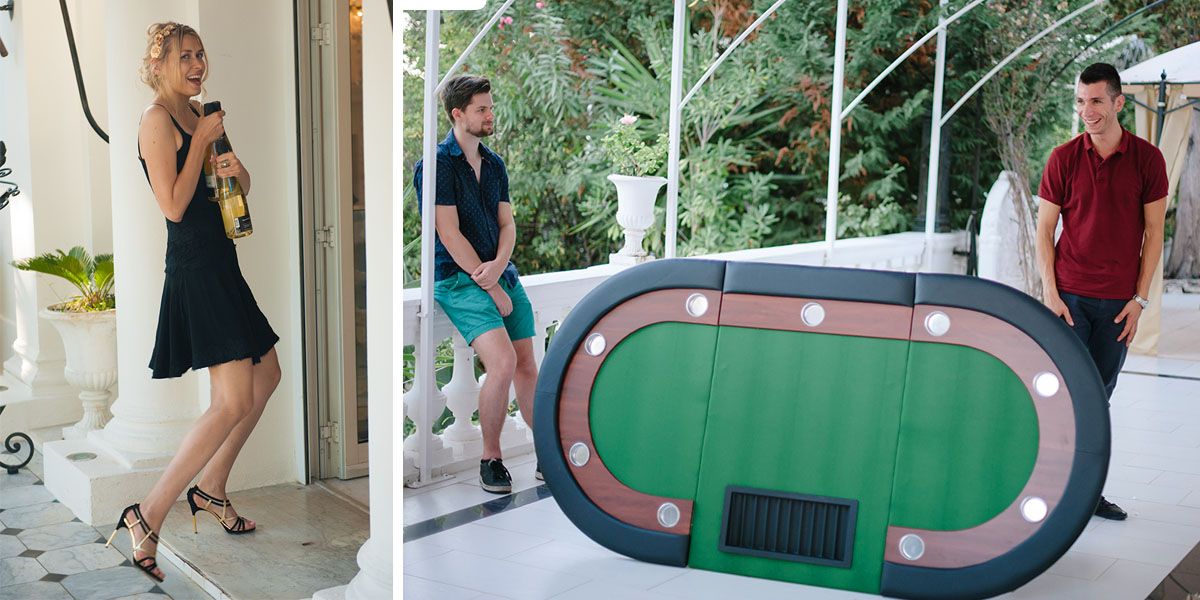 Thus I provided the group with French champagne, sparkling and amusing, while Alex remembered his childhood and hours he spent playing Lego and constructed himself two poker tables. Talking about it, does anyone know, if you can complete Phd in engineering if you know how to build up poker tables? To be fair, the group helped Alex a lot. They surrounded him drinking beer and whiskey and gave him a lot of mental support, while he was working. Then we had pizza dinner and after probably cash poker games, about the poker, I’m not that sure because I took the responsibility to test every bottle of champagne we opened. I would never forgive myself if any of our guest was poisoned with champagne. 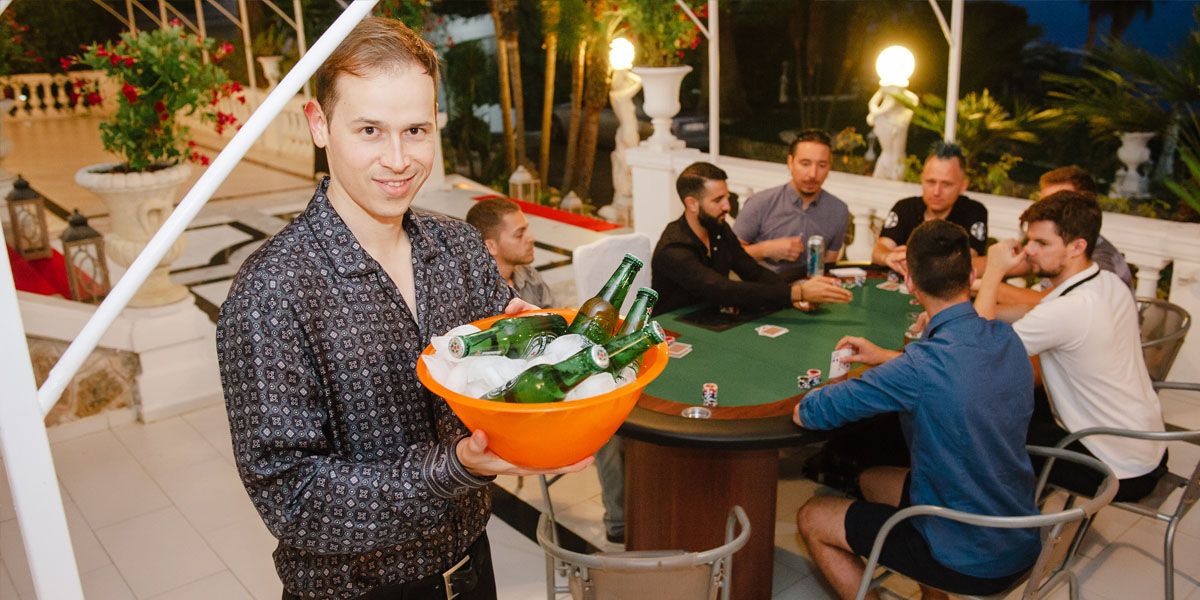 Nothing special. Just a regular BPC poker night in Cannes with the waiter working very hard

Oh, dear reader! Shame on you if you were not in Cannes with us! Other people also faced with a lot of difficulties and had to overcome traps that insidious fate put on their way, but they came to Cannes! Atvars and Marta, for example, had several unsuccessful attempts to hitchhike from Nice to Cannes, but they came! 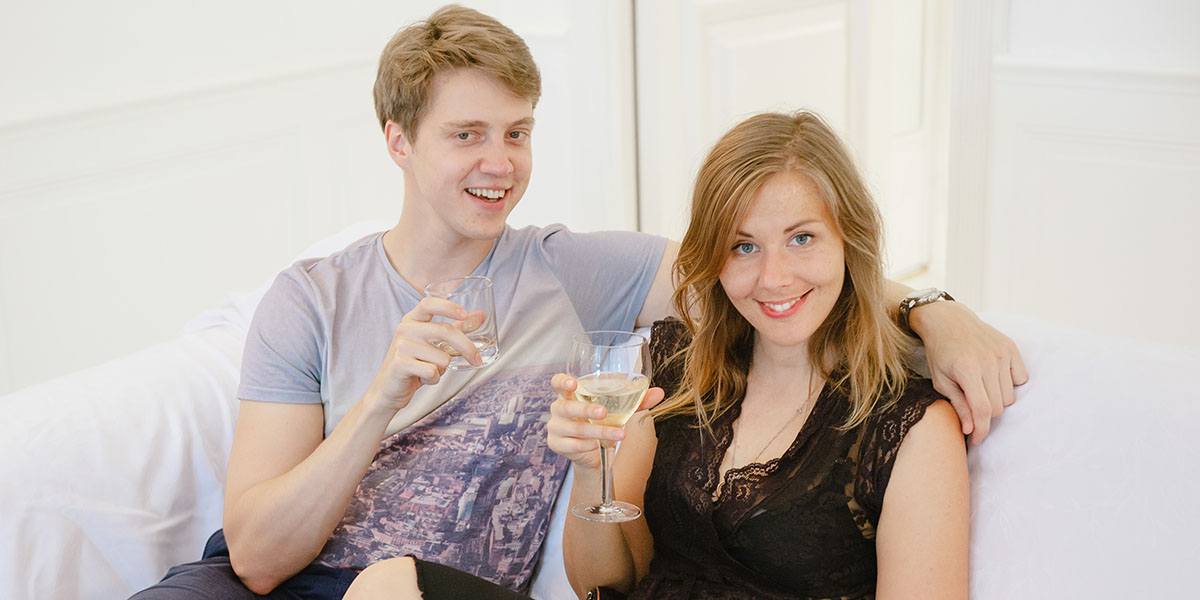 Atvars and Marta are celebrating their success at hitchhiking

Alex “Lateralus” and his friend Soja lost their luggage, but they came! Leandro’s and his girlfriend’s Katia flight from Belo Horizonte to Lisbon got delayed for 2 hours, so they missed the Lisbon-Nice connection, but they came! 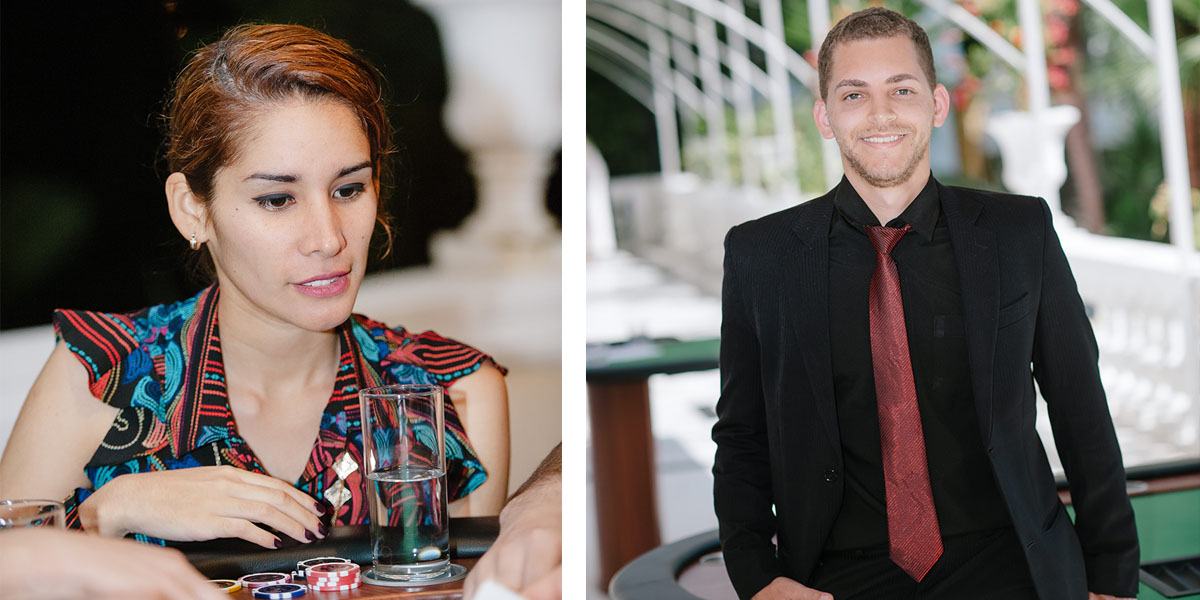 Leandro and Katia had many adventures on their way to Cannes

Krzysiek “mafiagustawa” arrived so late in the night, that villa gate was closed, cell phones turned off, the concierge was sleeping tight and everyone lost hope to see him in Cannes, but he came! How? It was pure magic! He used the power of his voice, being more than 2 meters tall, he has enough space in his lungs to rise mighty voice. He shouted so loud that woke up not only the villa concierge but all neighborhood up to Nice.

The first official day of the BPC camp started from the opening ceremony. Gordon introduced every participant of the camp and they got a polo shirt with the name on it. 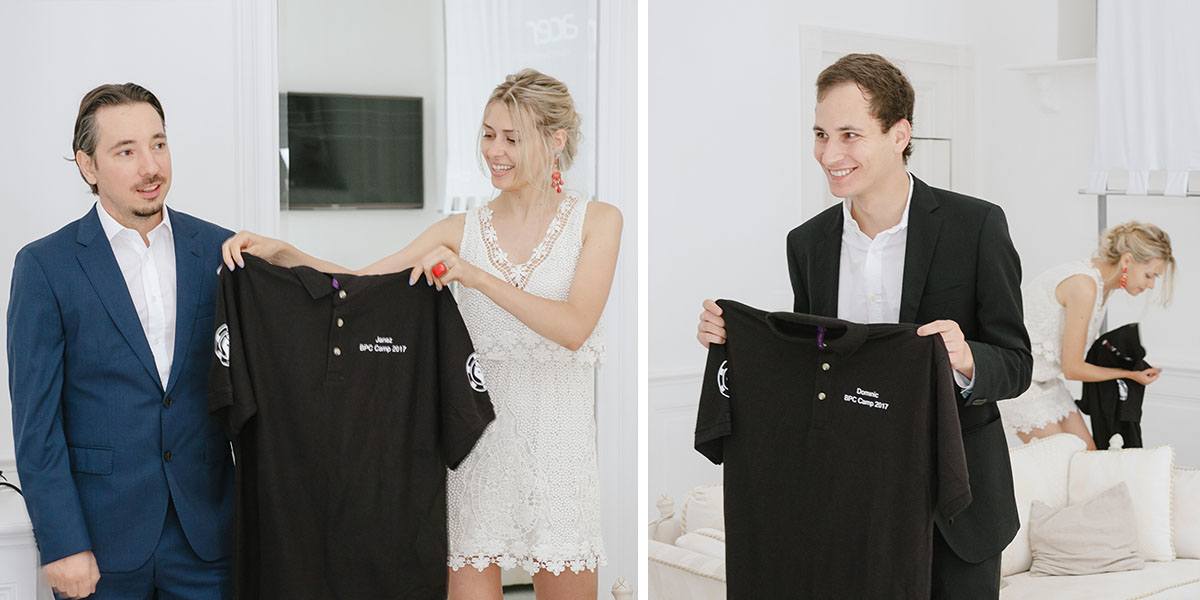 Atvars and his girlfriend Marta got some special names carefully chosen for them by BPC team. And if you know Atvars a little bit, and have some skills of searching on Google and Wikipedia, then you will be able to connect his new nickname Gobseck to his personality. 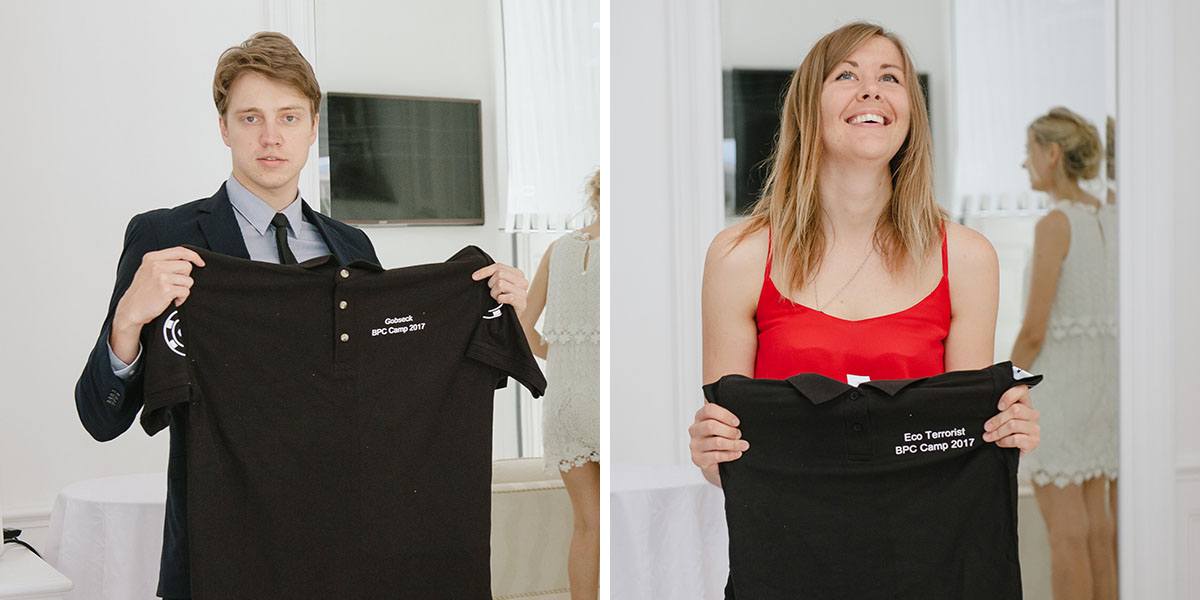 Atvars and Marta were introduced to their new nicknames

After the opening ceremony, the seminar started. The topic of the seminar was “Done beats perfect”. Seminar procedures with doors closed. No cameras, no external people. Gordon was sharing very precious and secret information. I was not allowed to present there, but I heard rumors that it was about business and innovative investment, basically how to make crazy money and keep playing computer games at home wearing only underpants. 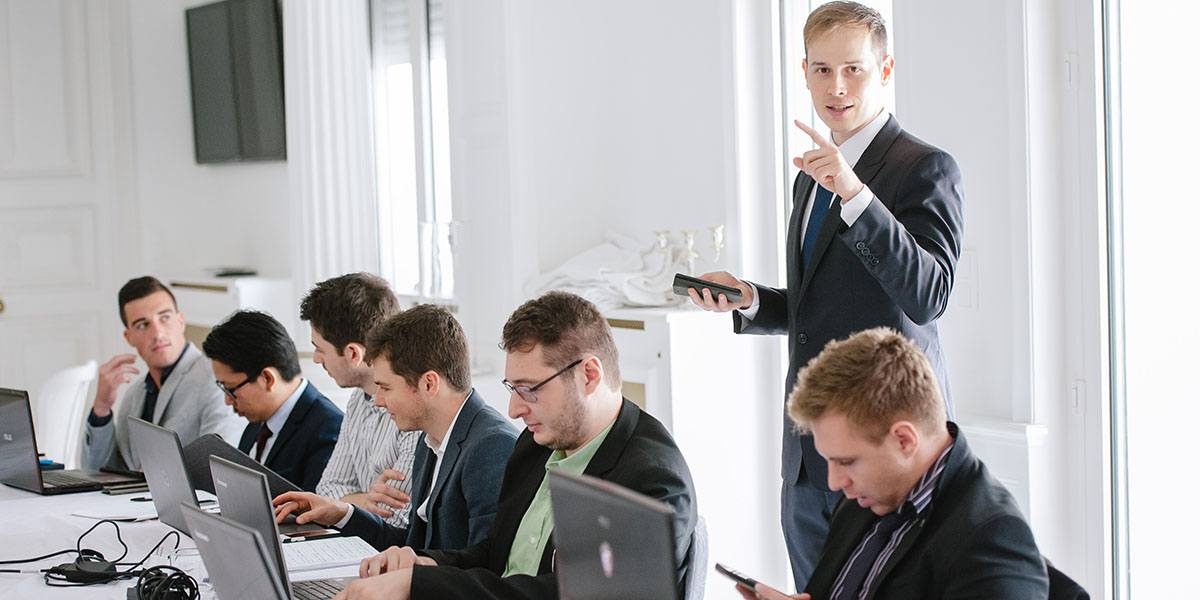 Gordon is sharing his wisdom 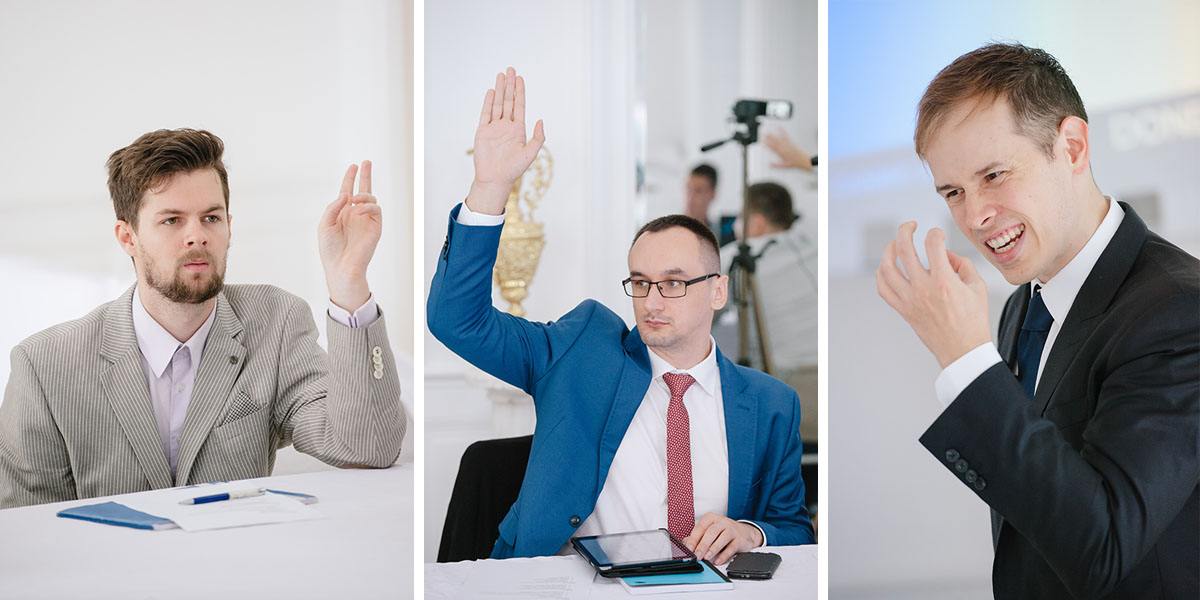 After the seminar we had lunch at the villa terrace, enjoying the sea view, having a nice conversation and teasing each other. Free time followed the lunch. 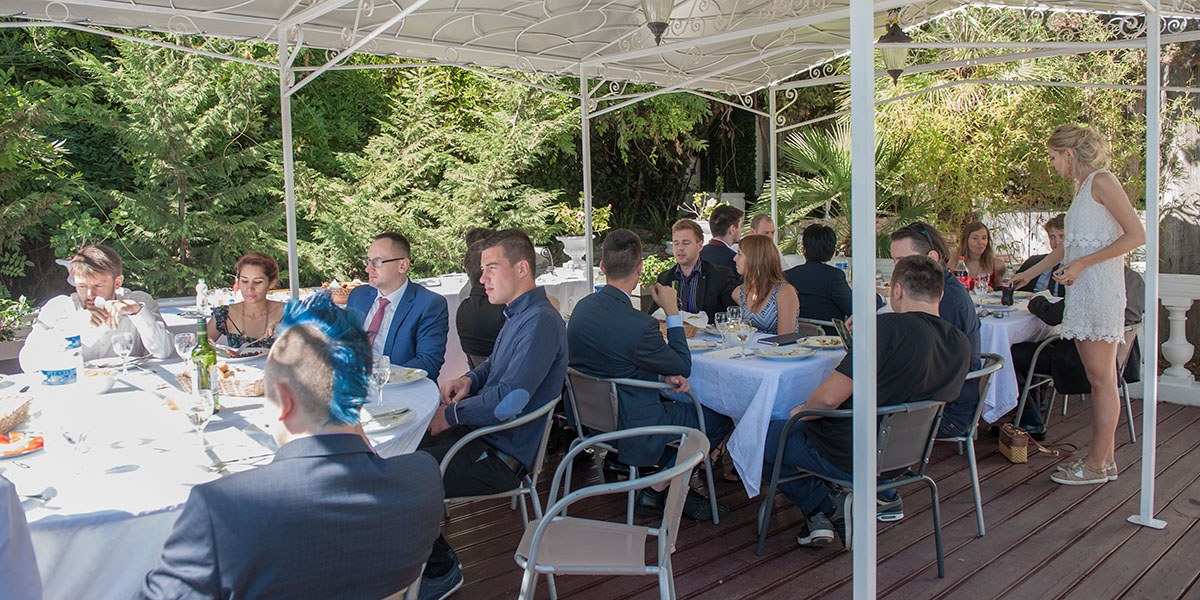 Lunch on the terrace

Some of the people decided to have a walk around Cannes, others like Tomas “Maestro”, Maciej “Nubson” and Nico played water polo, while the rest led by Gordon occupied poker tables and played cash games. 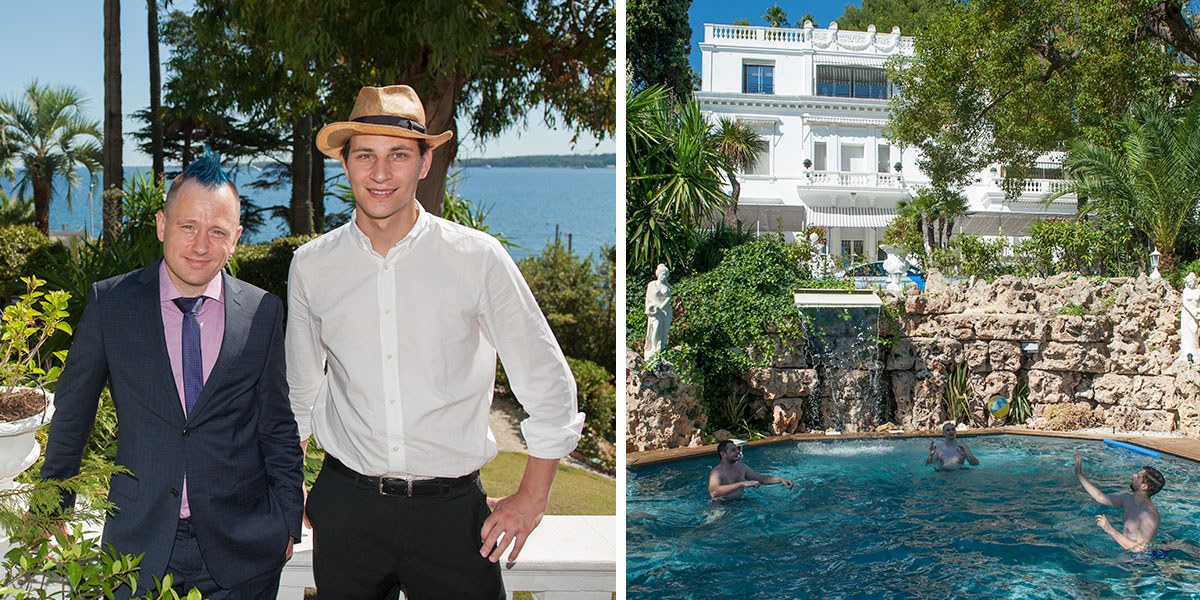 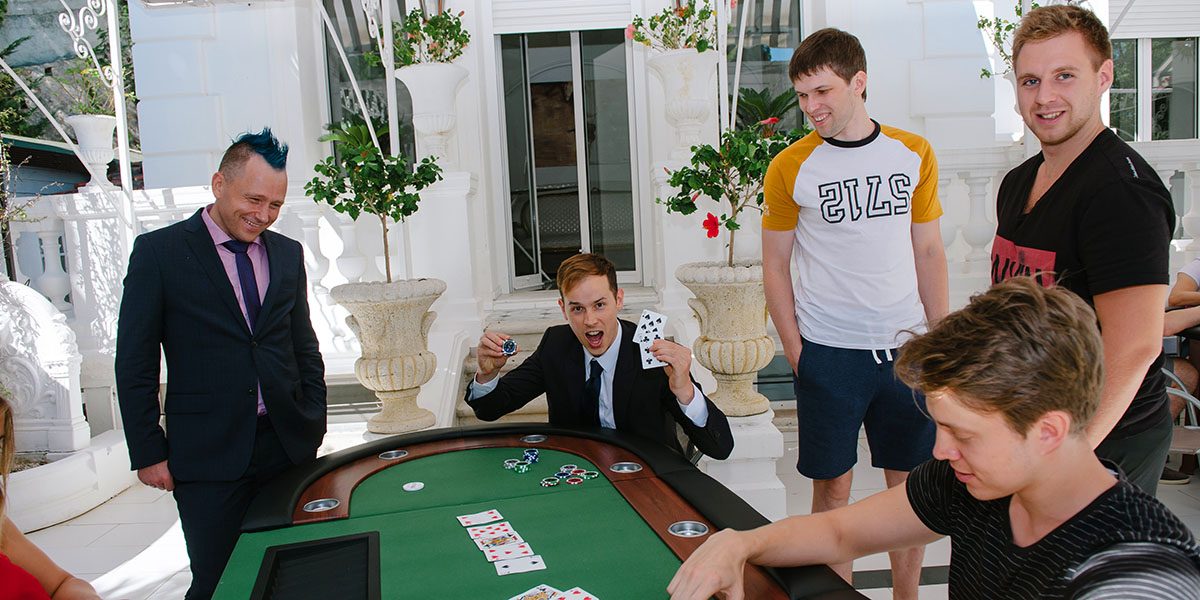 Gordon seems to be excited, snap-calling a 3barrel vs one of the best 6-max players in the world (Atvars) with 2nd pair 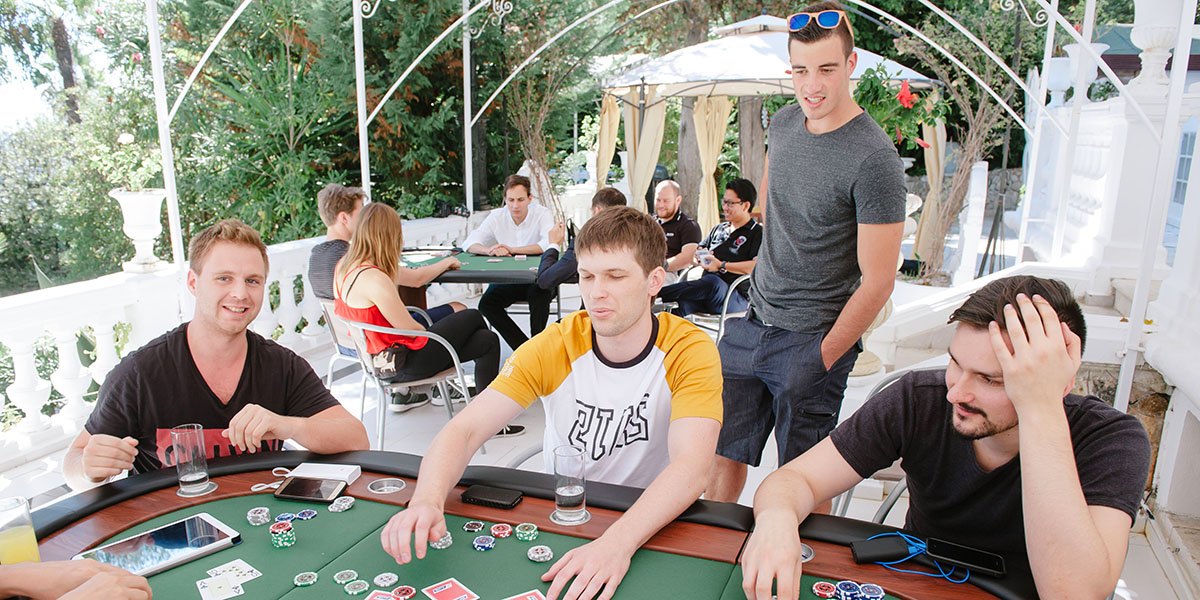 Later in the evening, BPC camp participants gathered together in Cannes city center, where they had a real adventure. It was the escape room. If you don’t know what escape room is, then you were not one of those smart guys who joined BPC camp. But I’ll explain it to you anyways, because I’m nice, plus you are punished enough by not being with us. BPC camp members split into teams 5 people per each and went to different escape rooms. They had to solve some puzzles, find the keys, work as a team, find out the truth and get out of the place within 1 hour. For example, Leandro’s team had to escape from prison, hiding from the guard of course. Janez’s team had to find Nikola Tesla’s last invention. Probably Marcus and his team got into the most exciting adventure called Mr. Fox which was a bomb disarm through detective work. Together with Julien, Matic, Max and Reece they finished with 10sec to spare! 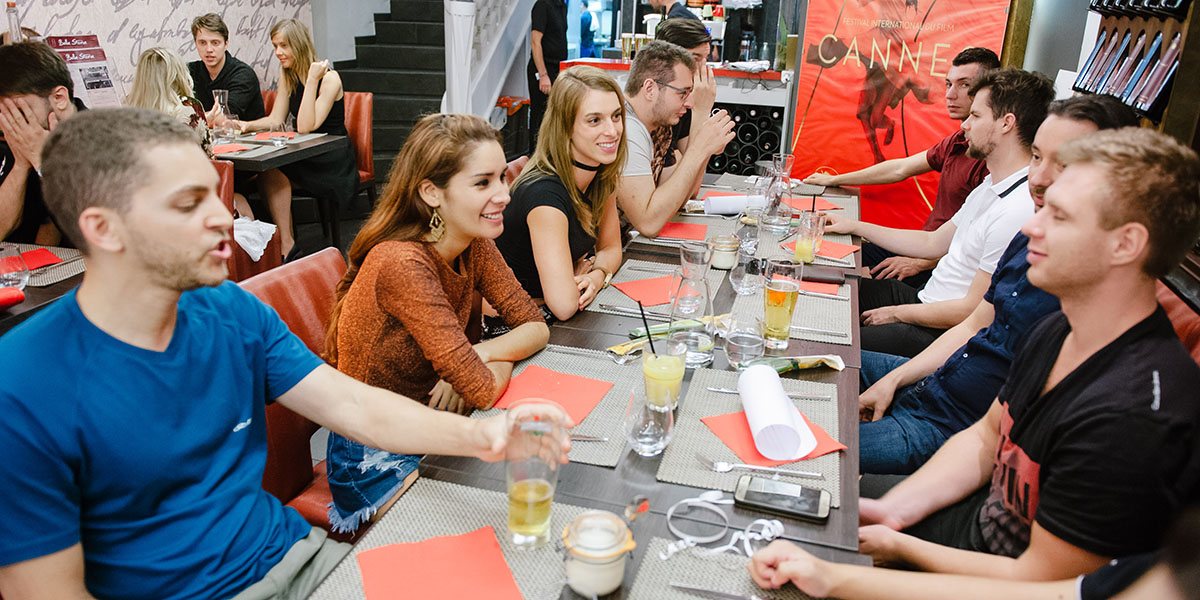 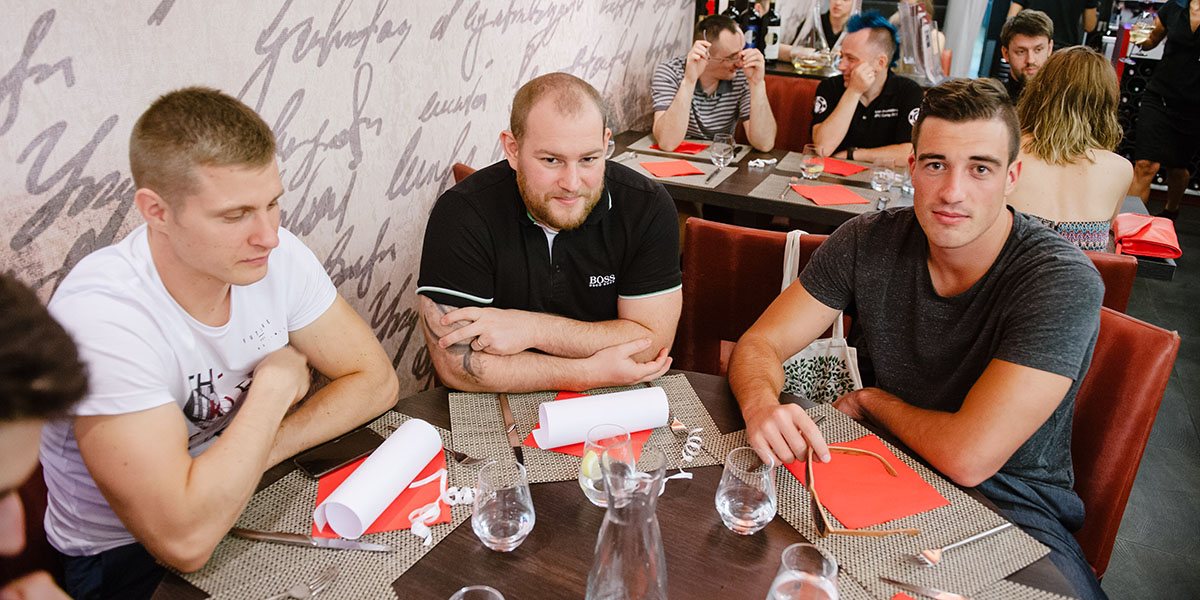 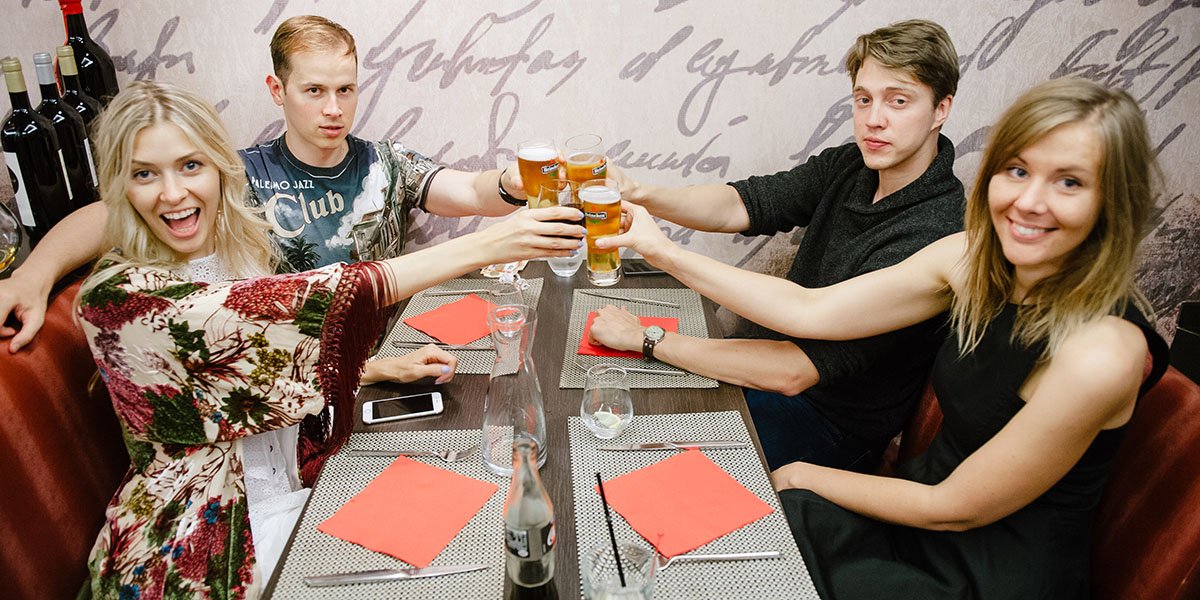 After the escape room, we had a dinner in a restaurant located at Cannes promenade. Guys and girls were having beer and tasting details of the adventures they recently had. And of course, looking forward the upcoming event, probably, the most exciting among possible if you are a poker player: cash game evening. 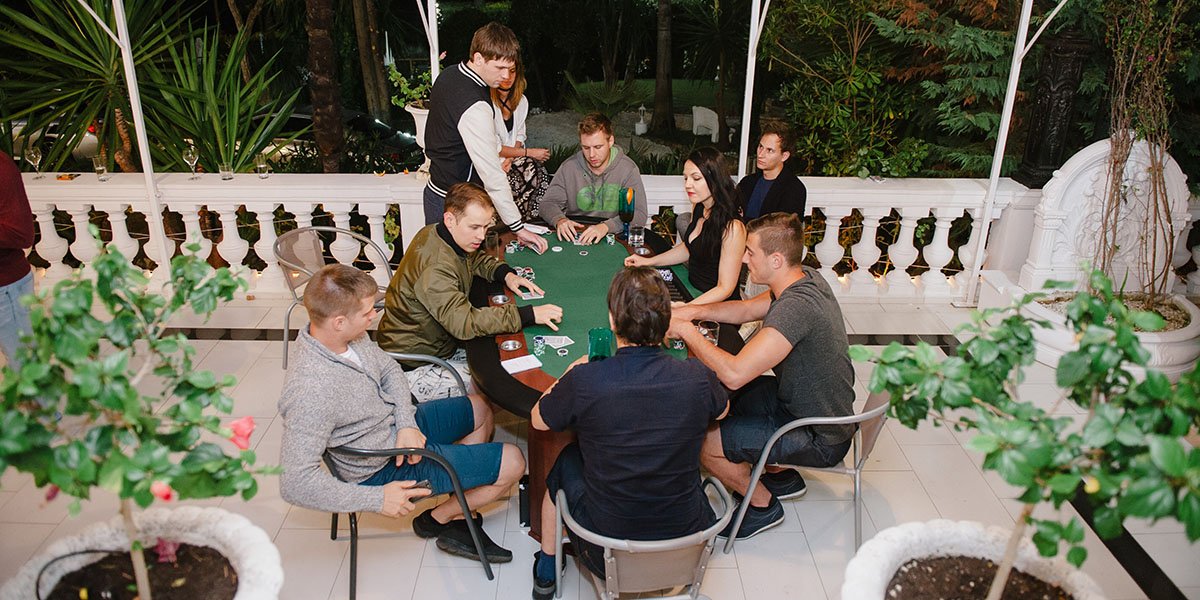 BPC Poker Night in Cannes, Danel 3betting the hell out of everyone. Hell of a player

There is no need to describe how great it is to have poker tables set on a terrace with the garden and sea view, breathe in fresh air and play. But I should mention that besides that, we had three professional dealers that arrived specially for the BPC event from London. One of the dealers Anne is very passionate about poker and recently applied for CFP. Good luck, Anne! We believe in you! 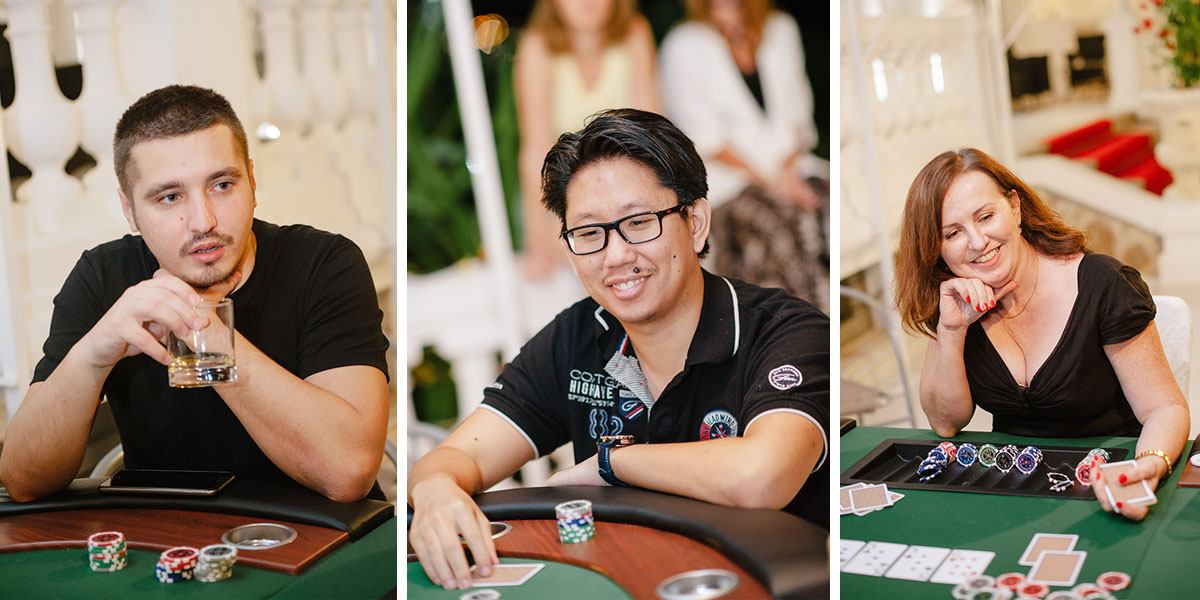 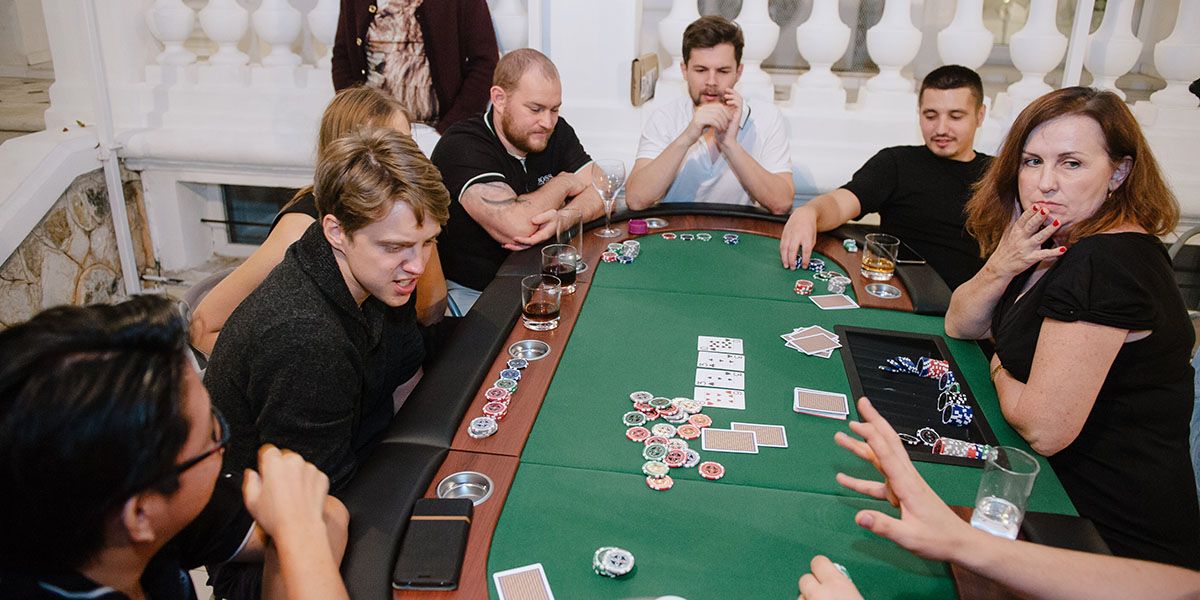 Cash game lasted till 6 a.m. And, of course, it had consequences. But I’ll tell you about them in the next part of the BPC Camp recap. Let’s keep in touch, there will be a lot of interesting stuff including the BPC sensation.