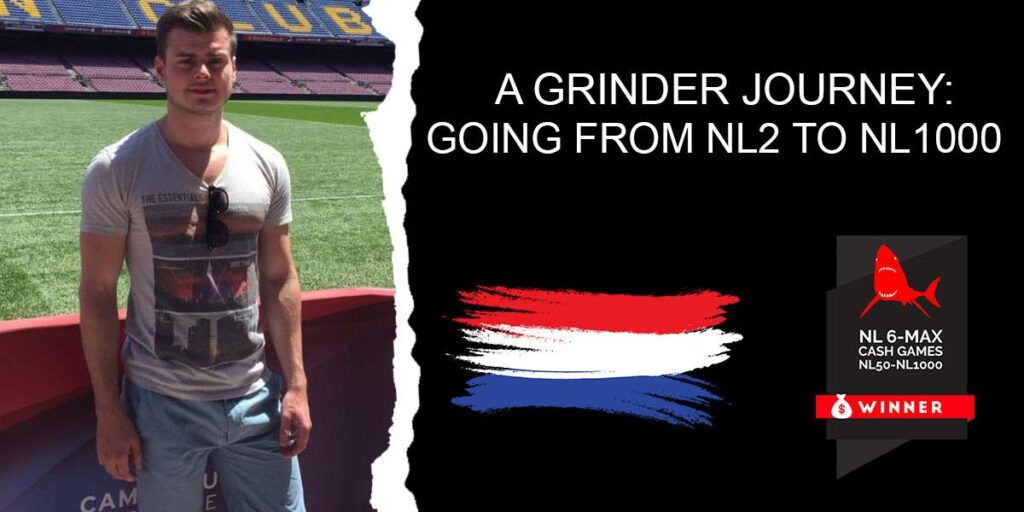 When you’re young, fresh out of school, the normal path for most people is to go to college, graduate after a few years and start working a 9 to 5 job to earn above average pay. And there is absolutely nothing wrong with that, but some people want to live a life where they make their own choices and earn their own money, not a paycheck from a company.

Rutger is one of these cases. When he was 20 he had a crossroad in front of him, he could either go to college to study fiscal economics or he could take a shot into becoming a professional poker player. Knowing that he wanted to live the life to its fullest,  he decided to take the poker road.

He was no stranger to competition and games that involved focus and thought process. He played checkers for many years, he even competed in a European championship and 6 Dutch championships. So poker would be “easy” for him!

His poker journey started at the lowest cash games stakes online, NL2. He grinded at the Zoom tables on Poker Stars and managed to grow his bankroll up to $500. Then he decided to make a withdraw and try some smaller sites where played some NL10, earned some money there, but nothing to be super proud about.

That was when he decided he needed some help to improve and he chose to join the NL 6-max Micro program. Why he joined the BPC Coaching for Profits program?

“Because I feel like CFP is not f*cking messing around. They got a game plan and from what I’ve seen, it works. I just want to take my game to a higher level and actually do this for a living and become the best that I can be.”

Rutger statement was very correct, “CFP is not f*cking messing around”. And if you want to be successful in a Coaching for Profits program, you can’t mess around either. He knew that from the start.

If you were to guess what it takes to successfully complete a Coaching for Profits contract, what would you guess? Take some time and think about it.

Here is what you need to do:

I rarely say this, but Rutger was indeed playing A LOT. As a former NL 6-max CFP student myself, I remember having a session with Gordon one day, and he was calling us lazy and many other beautiful words. He also said one thing I never forgot. “There is a student in the Micro group that is not lazy and he’ll kick all of your asses!”. Boy, he couldn’t be more right!

If you know one plus one equals two, you know the micro student was Rutger.

A normal student would aim to play 70.000 hands in a month and that would be a big goal for him to achieve. That was nothing for Rutger, at the beginning he was always shooting for 70.000 hands in a week. He didn’t meet this goal a few times, but that doesn’t matter too much, it is like he said: “I rather aim too high and miss, then aim too low and hit”.

In one month he moved from NL2 to NL10 and was promoted to a higher group where he got more advanced material and coaching sessions. He had to turn down a notch on the volume of hands played since he started playing higher limits shortly after being promoted, but he was still playing a decent amount of hours and a very good amount of hands per month.

Below you can watch a coaching session with Rutger and Gordon:

Four months after joining the program he was already taking shots at NL100 and was comfortably beating NL50. He didn’t have a great winrate at those stakes, but all the volume he was putting generated him some nice profits from rakeback.

Fourteen months after joining the program he finished his €30.000 contract with an impressive average of 160.000 hands per month.

Here is what he thinks it helped him the most to finish the Coaching for Profits program:

“What I think helped a lot in my progress of finishing CFP is that I didn’t act like a p*ssy when I f*cked up a day or ran quite bad. I just kept playing, knowing that I am a winning player and eventually I will start winning again. I also set poker to be my priority in life. I understood I cannot spend too many hours a day on other stuff if I also want to succeed at poker.”

You might think you close a book when you finish a Coaching for Profits Program, but it is just a turned page in your poker journey.

Rutger didn’t stop playing after finishing the contract, he continued with the grinding, always aiming to achieve great things. One short term goal he always had was to win €10.000 in a month. It is not easy to achieve such an impressive number, you need to work very hard to do it.

Working hard was never a problem for him. Two months after finishing the contract he hit the €10.000 month.

As mentioned before in this article, Rutger likes to set the bar up when it comes to reaching goals. In July 2017 he set a goal to make 1.000.000 Euros playing poker before he reaches the age of 26. When he set the challenge he had 46 months to fulfill it. And the good thing is that you can keep up with his updates on his blog HERE.

The first two months of the challenge didn’t go too well. On top of playing NL 6-max he was also trying to learn how to play PLO. The swings in that game were very high and this was affecting his results. After dropping down the PLO grind his results started to get better again.

If you check the first post in Rutger’s blog, you’ll see that he wanted to move out of his parents hours as soon as possible. With the good results he was getting, moving to another country became something very achievable. After doing some research he decided to move to Malta to live there on his own.

The move took place a few weeks after the poker camp in Marrakech. Living on your own it is not something easy, and certainly not cheap. But a poker player can certainly benefit from the fact your alone and have a lot of time to focus at the tables.

His short time goal after moving to Malta was to win €30.000 in a month. And right in the first month, he achieved this goal! 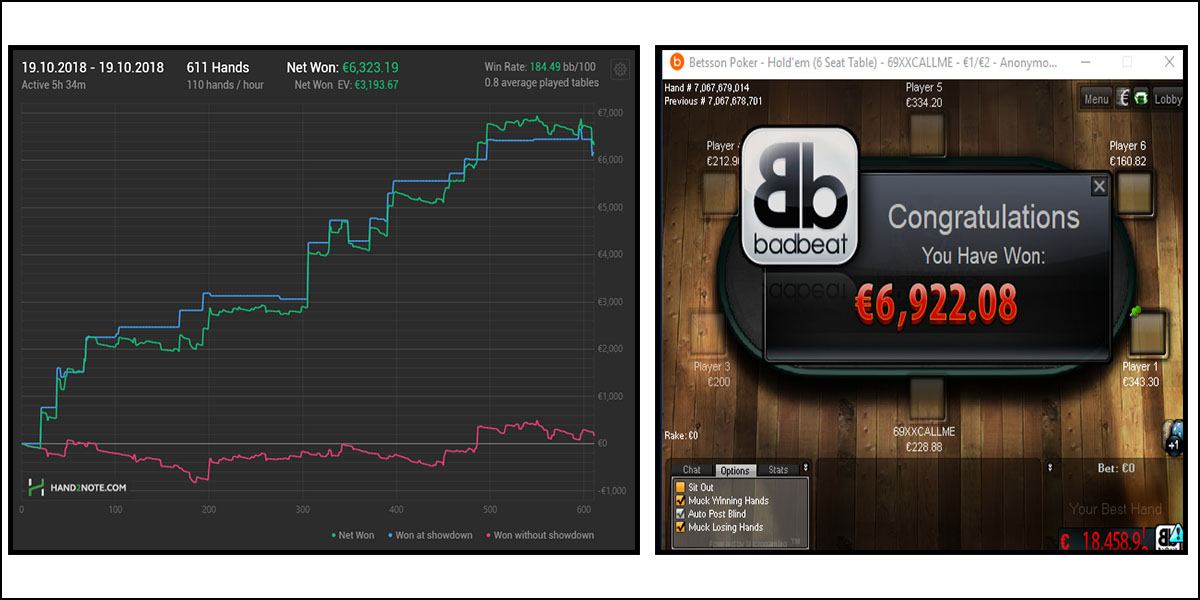 A few months ago Rutger was invited to start coaching for BPC. Due to his busy grinding schedule, he can’t do normal coaching sessions with a set time. But he still helps the students with the hands they post in the forum by recording himself going through the hands.

You can watch one of his videos below:

Congratulations Rutger and we look forward to that 1 milion € graph!